Free highlights and match report as Fulham beat Southampton 2-1 at Craven Cottage; James Ward-Prowse's own goal had given the hosts a half-time lead; the Saints skipper then levelled matters in the second half with a trademark free-kick; but Joao Palhinha's late header gave the hosts a win 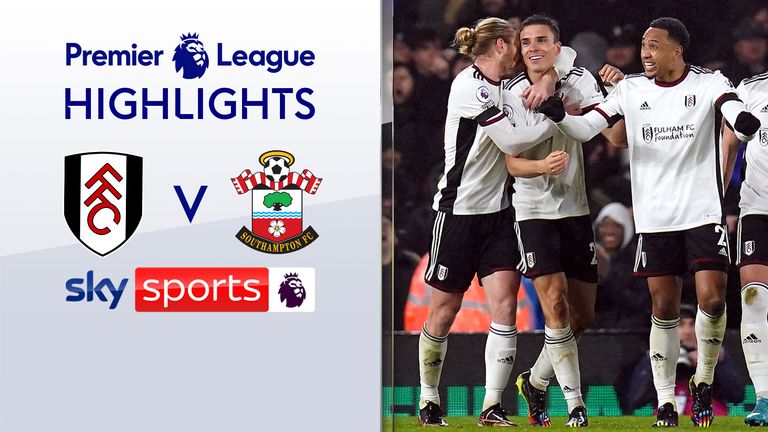 FREE TO WATCH: Highlights from Fulham’s win against Southampton in the Premier League.

The hosts led at the break through James Ward-Prowse's unfortunate own goal, only for the Southampton captain to make amends by deservedly bringing his team level with a stunning long-range free-kick.

However, just as it seemed as though Jones was about to earn his first point in charge of his new club, up popped Palhinha to inflict a "devastating" defeat on the visitors, who stay bottom, while the Cottagers move up to seventh place in the table.

Man of the match: Joao Palhinha

On a day when the Fulham faithful - including one-time manager Roy Hodgson - paid tribute to both Pele (who played a friendly with Santos at Craven Cottage in 1973) and their former World Cup-winning full-back George Cohen, who sadly died just before Christmas, with a rousing minute's applause, their side left it late to earn all three points against a dogged Saints outfit.

In fact, the visitors were unfortunate to find themselves trailing at half-time after first spurning a great opportunity to take the lead, only for Bernd Leno to deny Che Adams in a one-on-one, before then falling behind in bizarre circumstances.

Willian's clever, floated corner from the left found Andreas Pereira unmarked on the edge of the box, although his wild strike was going nowhere near the goal - until deflected into his own net by the outstretched leg of Ward-Prowse.

Fulham top scorer Aleksandar Mitrovic was passed fit to face Southampton despite carrying a foot injury. The Cottagers were unchanged from the 3-0 win at Crystal Palace.

The Saints captain made up for that, however, by levelling matters 11 minutes after the break in now customary style as Fulham gave away a free-kick some 30 yards from goal, with predictable consequences.

Everyone in the ground knew what was about to happen, including Leno, who dived full length to his left but was still left clutching at thin air as the midfielder's beautifully struck set play sailed into the top right-hand corner.

Both sides had chances to win it thereafter, but it was the hosts who took the points when Kenny Tete flicked on a corner for Palhinha to nod in at the far post and there was even time for top-scorer Aleksandar Mitrovic to see his injury-time penalty saved by Gavin Bazunu.

"It's a big three points for us from a tough match," he said. "We expected a tough match, we know their capacity, they have good players who can punish you.

"But we have finished an amazing 2022 for us. A year that has been special for us and our fans. I believe we deserved the three points, even if it wasn't our best performance. It was our moment to have a late goal to decide the game."

Fulham will start the year in the top eight, but Silva played down any raised expectations.

"We have to be realistic and I am," he added. "We are an ambitious club, but we know our reality. We have to keep our feet on the ground. It's realistic to fight to remain in the Premier League.

"We have 25 points which is a good achievement from ourselves. We showed we are growing as a team and a club as well."

"To have that level of performance and to come out with nothing is very frustrating," he said.

"We showed at times we can be a good team, but we can't keep conceding goals if we want to pick up points. Today was a much-improved performance level.

"We have to defend our box and there's lessons to be learned. There's a good side in there, but at the minute we're not giving ourselves a chance.

"There's a naivety to our defending which is costing us games. I'm really pleased with the level of performance but absolutely devastated at the manner we conceded."

Player of the Match - Joao Palhinha

What a value-for-money signing Palhinha has proved to be for Fulham, who bought the Portugal international from Sporting Lisbon for just £20 million last summer, if that can be be believed.

Already, though, the holding midfielder is one of the first names on Marcon Silva's team sheet with his vital ability to break up opposition attacks while stationed in front of his own back four.

However, the 27-year-old is more than just a destroyer who puts out fires, as seen at Craven Cottage on Saturday when with the clock ticking down to full time, the tall No 6 rose highest of all to head his side to victory.

Jones' Saints are alive, but only just

This already felt like a big match for new Southampton manager Nathan Jones who, despite having been at the helm at St Mary's since November 10, was taking charge of just his third Premier League at Fulham after replacing Ralph Hasenhuttl on the south coast.

Jones lost his first two matches by the same 3-1 scoreline, at Liverpool just before the World Cup and then at home to rivals Brighton and Hove Albion on Boxing Day, meaning he was really hoping for a case of third-time lucky at formidable Craven Cottage.

However, despite impressing for large spells of the clash in the capital in their best display so far under the Welshman, the Saints still fell to their third defeat in a row under their new boss and this one, coming so late on in a game that could have gone either way at the end, will have stung.

In fact, Jones described Joao Palhinha's 88th-minute winner as "devastating", especially given how well his players had done to level matters in the second half, but that all counted for nothing come the full-time whistle.

And now the former Luton Town boss must somehow try and get his team up for a massive relegation six-pointer at home to fellow strugglers Nottingham Forest on Wednesday night in a clash the Saints, still rock bottom, a point behind their opponents in midweek, simply must win if they are to avoid getting cast adrift. 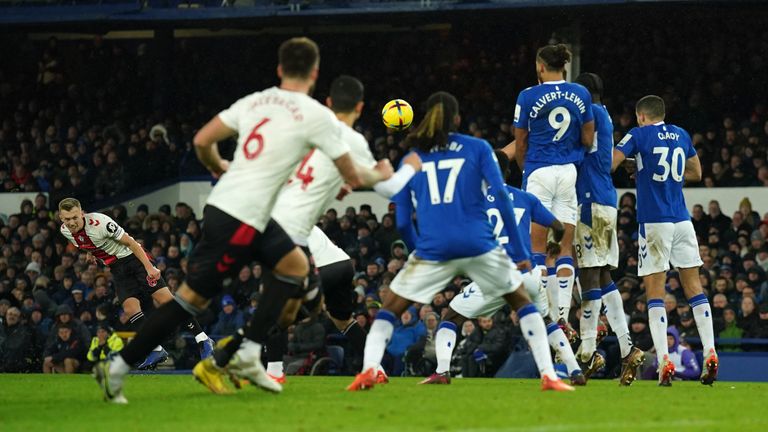