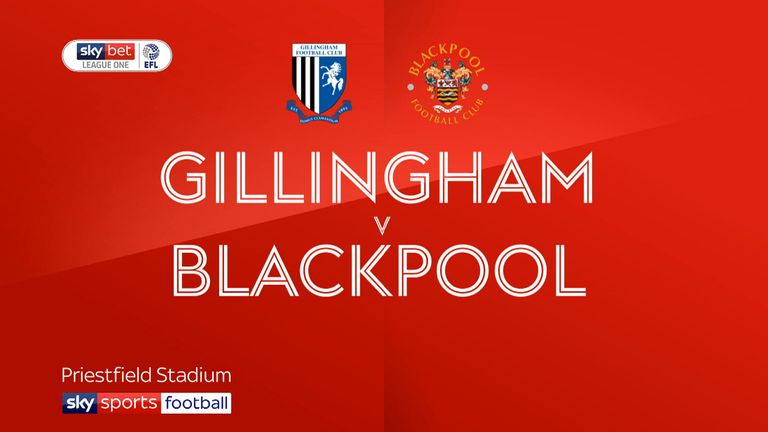 Highlights of the Sky Bet League One game between Gillingham and Blackpool.

Nathan Delfouneso's fourth goal of the season earned Blackpool a 1-0 victory over Gillingham to end their three-match losing streak in all competitions.

Delfouneso headed in the winner four minutes into the second half after Chris Taylor capitalised on a mistake by Gills defender Max Ehmer.

Blackpool's best chance before that fell to Michael Nottingham, who saw his deflected cross flash past a post midway through the first half.

Gillingham, who had scored seven goals in their two previous games and conceded none, came closest to a first-half opener when loanee Connor Ogilvie hit the crossbar with a snap-shot after 11 minutes following a bright start.

Darren Oldaker's swerving free-kick was well saved by an alert Christoffer Mafoumbi and Brandon Hanlan curled a low shot wide from the edge of the box shortly before the break.

Substitute Jordan Thompson almost doubled the visitors' advantage but Gills goalkeeper Tomas Holy produced a smart save to keep out his powerful drive.

Barry Fuller had the Gills' best chance in their hunt for an equaliser - a low shot that was claimed by Mafoumbi at the second attempt six minutes from time.