Leeds 0-3 Aston Villa: Steven Gerrard's side ease to victory at Elland Round

Match report and free highlights as Leeds' drop towards the relegation zone continued; Aston Villa cruised to victory at Elland Road thanks to goals from Philippe Coutinho, Matty Cash and Calum Chambers; Leeds have now suffered six straight defeats, while Villa have won their last three 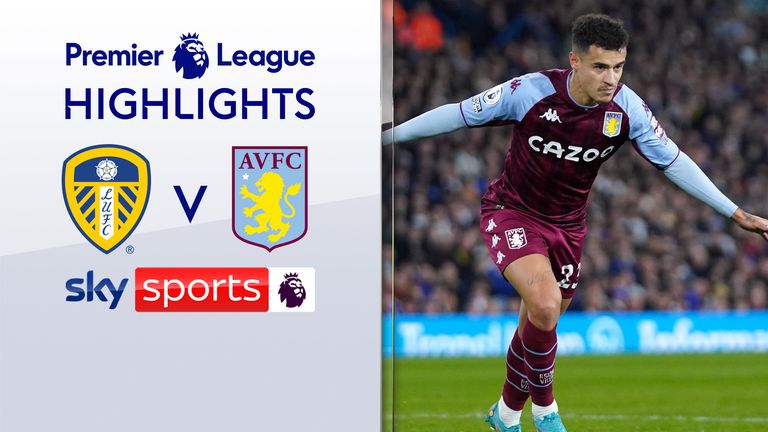 FREE TO WATCH: Highlights from Aston Villa's win over Leeds in the Premier League

It was another worrying performance from Leeds, who, after a lacklustre start, fell behind in the 22nd minute when Philippe Coutinho's low shot took a faint touch off defender Pascal Struijk to beat goalkeeper Illan Meslier.

Leeds failed to create any scoring chances in the first half and Marsch - who said said his players succumbed to the pressure in front of another full house at Elland Road - reacted by sending on Joe Gelhardt for Rodrigo at half-time and he also sent Patrick Bamford on for his first appearance of 2022 after a lengthy spell on the sidelines.

Man of the match: Philippe Coutinho.

Philippe Coutinho has been involved in seven Premier League goals for Aston Villa (4 goals, 3 assists) – only Harry Kane (8) has had a hand in more in the competition since the Brazilian’s Villa debut in January.

However, Leeds' fortunes did not change and Matty Cash fired Villa into a 2-0 lead in the 66th minute. The defender found himself in plenty of space on the right edge of the penalty area after being picked out by Danny Ings' superb diagonal ball, and the full-back cut inside to beat Meslier with a fierce low drive inside the near post.

Villa made the game safe eight minutes later as Chambers' brilliant strike picked out the top corner to compound Leeds' problems and send the home fans to the exits.

It’s a big job for Marsch. He’s been brought in to keep them in the Premier League. It always takes time for a manager to get in and get his feet under the table, but he hasn’t got time. The games come thick and fast. They need to win football matches now.

The final whistle brought boos from the Leeds supporters who stayed inside the ground as Marsch's side's drop towards the relegation zone continued. Leeds, who have suffered six straight defeats, conceding 21 goals, stay 16th but are just two points above the relegation places having played more games than Everton and Burnley below them.

Villa made it three wins from their last three games, scoring nine goals and conceding none as they move into the top half of the table. 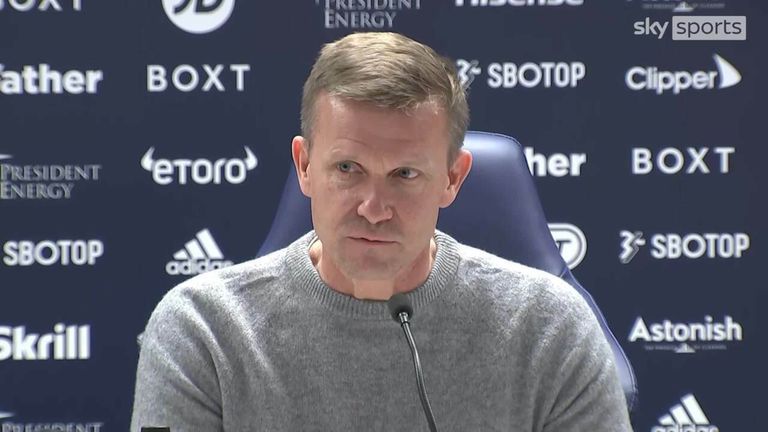 Leeds head coach Jesse Marsch believes that their next match against Norwich could be the spark to turn their season around after losing 3-0 to Aston Villa.

Marsch, 48, said he would not be getting much sleep after seeing his new side lose for a second time in a week.

"I'm not afraid of the moment and the situation. In some ways I like having my back against the wall," he said.

"Clearly we have a situation that is really tough. I'm not going to sleep a lot tonight, I can promise you that.

"But I will think carefully and make sure I regroup and help the team regroup, so on Sunday, we can put in a much better performance.

"I underestimated the stress of the moment from the players' perspective.

"But it was clear from the beginning we lacked confidence and aggression in the match.

"I've heard a lot about the Elland Road crowd and I thought it was fantastic from the beginning.

"But I also could see the players want to do so well so badly for each other and for the club and fans, that it brings more pressure and stress onto their shoulders."

'Leeds are staring over their shoulders'

"Leeds are most definitely staring over their shoulders.

"They've got big games coming up, but it wasn't good enough against Aston Villa. Defensively they have got massive problems because the number of goals they are conceding is not good enough.

"The new manager has come in and they are still conceding too many goals.

"It's a big job for Jesse Marsch now and he needs to start winning football matches because Leeds are looking firmly behind them with Burnley and Everton both having games in hand."

For all Leeds' problems at the back, they struggled to create anything of note against Villa, and even in difficult runs before, a lack of opportunities is not something that we have come to associate with Leeds in their last two seasons in the top flight.

Even with Bamford back making his first appearance of 2022 after a lengthy spell on the sidelines, Leeds had just four shots against Aston Villa, their fewest in a home league match since September 2016, which was also four against Huddersfield.

"Leeds didn't create much, especially in the first half," Morrison added. "I thought they were poor in the opening 45 minutes. Then they brought on Joe Gelhardt and Bamford and they looked more threatening at the start of the second half, but they only had half chances. They didn't create any clear-cut chances.

He added: "Leeds just have to take care of their own business and beat the teams in and around them, starting at Norwich. They have to go and get three points against Norwich if they want to stay in the Premier League." 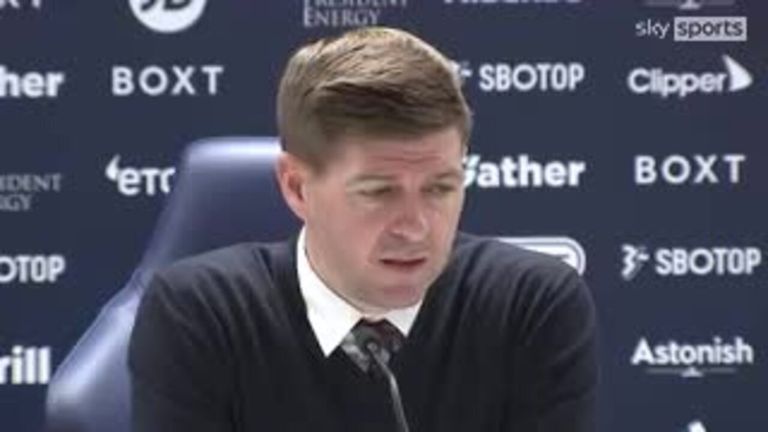 Aston Villa manager Steven Gerrard said that he's extremely proud of his team and that everyone delivered in their 3-0 win against Leeds United.

Aston Villa's winning streak continued as they made it three straight victories to move up to ninth in the table.

While manager Steven Gerrard was full of praise for his side's performance, he urged caution against getting too carried away.

"I am very happy," he said after the 3-0 win. "The team is in a fantastic place and the mood is good, but we have to remain cautious and keep resetting ourselves. Things can change quickly in this league.

"The gameplan worked tonight for sure. The idea was to really dominate the middle of the pitch. We played through the press which gave us a lot of success through the transition. We were a real joy to watch going forward.

"We started both halves a little sloppy if there was one negative."

'Gerrard will be looking for consistency'

"I thought the win against Southampton was a big result for Steven Gerrard and Aston Villa.

"They were stuck in a bit of treacle recently but then they've had two great results back-to-back with wins against Brighton and Southampton.

"What Gerrard will be looking for now is consistency, and that is the thing that hasn't been at Villa for the last few years. 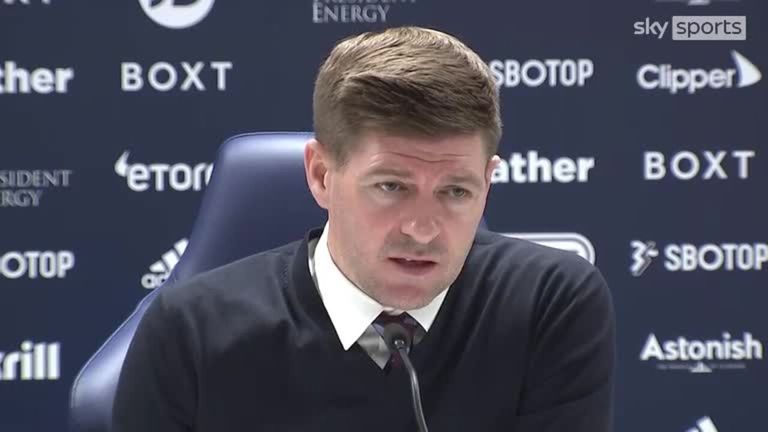 Aston Villa manager Steven Gerrard talks about defender Calum Chambers' form since coming back into the squad and says he must have been learning from Thierry Henry after a tremendous finish against Leeds.

Leeds host Norwich on Sunday in a crucial game in the battle for Premier League survival; kick-off 2pm.

"It is basically a final on Sunday [against Norwich] and we have to find a way to get a result in that match," Leeds boss Marsch said after the Villa defeat.

"This weekend is massive," Clinton Morrison added. "Leeds have got Norwich, Brentford have got Burnley and Everton have Wolves. They are three massive games."