By Simeon Gholam at Elland Road 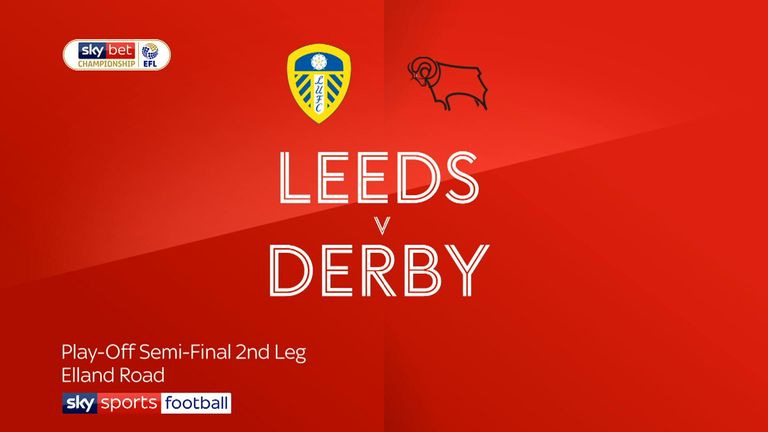 Derby are through to the Sky Bet Championship play-off final after a pulsating 4-2 win over Leeds in the second leg of their semi-final at Elland Road.

Trailing 1-0 from Saturday's first leg at Pride Park, the Rams fell behind early on to a Stuart Dallas goal (24), but Jack Marriott (45), Mason Mount (46) and a Harry Wilson penalty (58) put them ahead in the tie.

Dallas then grabbed another to level proceedings (62) but Gaetano Berardi's late sending off handed the ascendancy back to Derby, and Marriott clipped in the late winner (85) to secure a 4-3 aggregate win.

Frank Lampard's side will now go on to face Aston Villa - who beat West Brom on penalties on Tuesday night - in the final on Monday, May 27. Although the one negative from their night was Scott Malone's late red card that will see him miss that game at Wembley.

A game of twists and turns at Elland Road

Leeds got the breakthrough on the night after 24 minutes. Pablo Hernandez swung a fine free-kick into the box that evaded everyone on its way through and rattled the far post before bouncing kindly back to Dallas, who graciously converted into a virtual open goal. 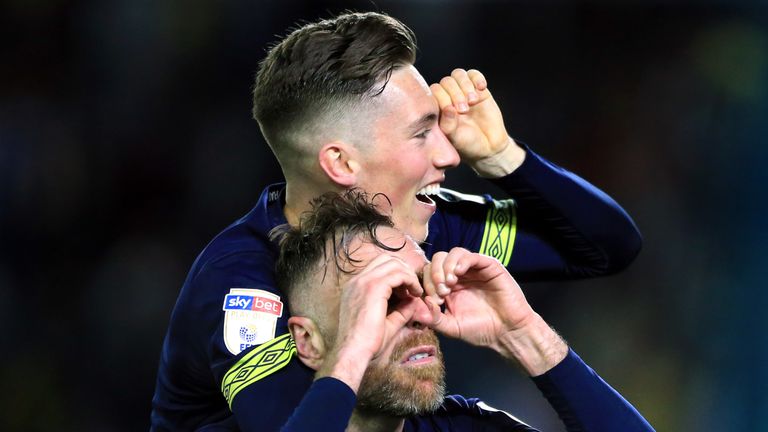 Derby’s players had a cheeky response to Leeds fans singing ‘stop crying Frank Lampard’, a reference to the ‘spygate’ incident earlier in the season.

Kemar Roofe and Adam Forshaw were injured, so Patrick Bamford returned up front for Leeds and Jamie Shackleton came into midfield. Derby's only change from the first leg saw Mason Bennett replace David Nugent up top.

Lampard rolled the dice before half-time as he withdrew Duane Holmes and introduced Marriott, and the move paid dividends just 33 seconds later as the substitute found the equaliser on the night after 45 minutes, capitalising on a mix-up at the back between Liam Cooper and goalkeeper Kiko Casilla to pounce and slot the ball into an unguarded net.

Just 40 seconds after the break Derby found the goal that levelled the tie at 2-2 on aggregate as Wilson found the space on the edge of the area to flick the ball into Mount, and he finished calmly past Casilla.

And the turnaround was complete after 58 minutes as Liam Cooper hauled down Mason Bennett off the ball in the box, and Wilson stepped up to send Casilla the wrong way from 12 yards.

Derby fans started to chant "Leeds are falling apart, again" but they would eat their words just four minutes later as the home side found the equaliser. Incredibly it was Dallas again, as he sprinted down the line and cut inside into the box and curled an absolute beauty into the bottom corner. 2-3 on the night, 3-3 on aggregate.

Leeds were in the ascendancy but the pendulum swung again in the 78th minute. After nine yellow cards had been dished out it seemed inevitable that one would eventually turn to red, and Berardi duly obliged as he picked up his second caution for a lunge on Bradley Johnson. 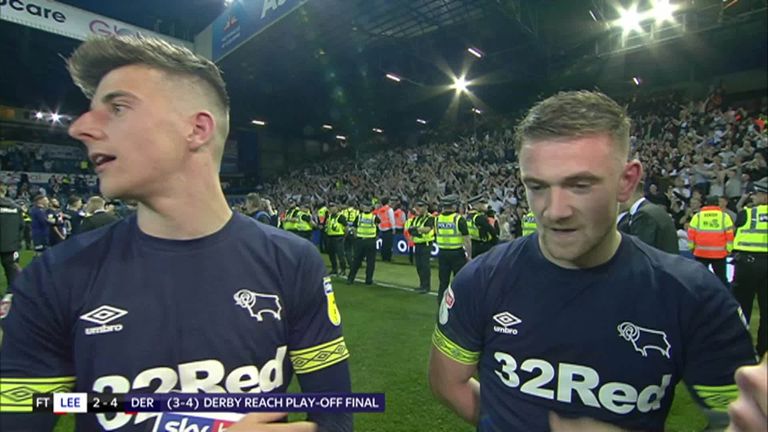 And with five minutes remaining Derby made them pay. Richard Keogh, of all people, found himself charging deep into Leeds territory before playing a fine ball into Marriott, who clipped the crucial finish over Casilla that sent his side to Wembley.

Man of the match - Jack Marriott

His brace tonight ensured @dcfcofficial become the first 2nd tier side ever to overcome a home defeat in the 1st leg to progress to the final 👏 👏👏 pic.twitter.com/LChnZt4qGj

It was some surprise, even with his goal drought, that Marriott didn't start the game in the absence of Martyn Waghorn and David Nugent. But Lampard introduced the striker just before half-time and his decision to do so was swiftly rewarded as his goal triggered the comeback, before he later scored the all-important fourth to send Derby to Wembley.

Marcelo Bielsa: "It's a painful situation and we are very disappointed. It's not necessary to analyse, during the season the games that could have allowed us to find a solution to all possibilities we couldn't make a different for those games for the same reason as today. Leeds boss Marcelo Bielsa gives his reaction to Sky Sports after the defeat to Derby at Elland Road.

"In the first half we should have finished with two goals more, but we finished [level] and in the second half it's a game that broke immediately.

"The chances of the opponent ended in goals and ours not. It's meaningless explaining that we had as many chances as the opponent in the second half and in the first we made more, it should have made a difference."

Frank Lampard: "We were 1-0 down, I said to the lads everyone had written us off. It's 1/8 for them to go through or something, everyone says they've beaten us three times, but we made a little tweak, and it worked brilliantly but you need bravery on the ball and the lads showed it. 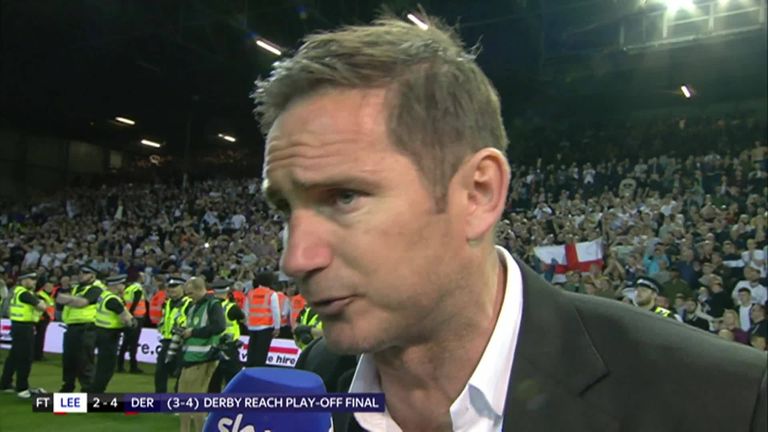 "The workrate through the year, players coming in, we're not there yet, I watched Villa do this, but the players deserve it. The performance tonight, we were the better team over two legs, we should have had a penalty, but it was a brilliant performance from the lads.

"There's work to do, this isn't the end, we're underdogs again and we'll have a tough game against a brilliant Villa team, but we're there."

Derby progress to the Championship play-off final at Wembley on Monday May 27, where they will face Aston Villa. Leeds, meanwhile, remain in the Championship for the 2019/20 season, which gets underway over the weekend of 2-4 August.

The Sky Bet Championship play-off final between Aston Villa and Derby on May 27 is worth approximately £170m for the winners.

This is a combination of:

Watch Aston Villa vs Derby on Monday, May 27, live on Sky Sports Football; Kick-off is at 3pm