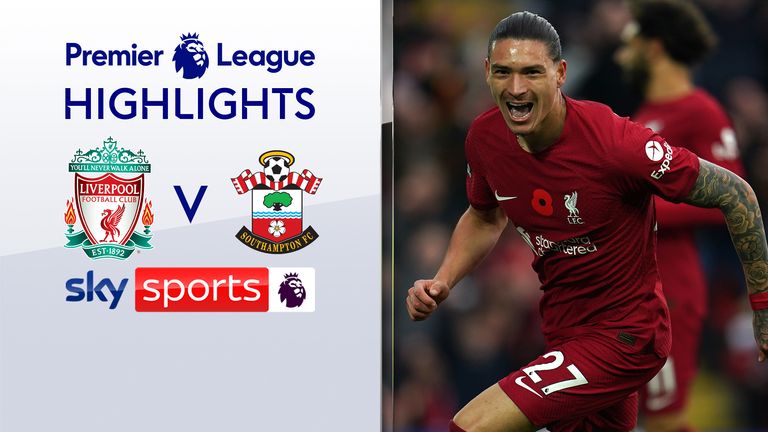 FREE TO WATCH: Highlights from the Premier League match between Liverpool and Southampton

Darwin Nunez's double helped Liverpool to a 3-1 win over Southampton to give new Saints boss Nathan Jones an eventful but harsh welcome to Premier League football.

A frantic first half saw the two teams share free-kick goals in the opening nine minutes. First, Roberto Firmino flicked in Andy Robertson's free-kick at the near post before Che Adams copied the feat at the other end from James Ward-Prowse's delivery.

Liverpool moved through the gears before half-time as Nunez completed two excellent moves with first-time finishes - which ended up being the difference between the two teams despite the hosts missing a hatful of chances after half-time, while also needing goalkeeper Alisson Becker to produce heroics at the other end.

The result means Liverpool go into the World Cup break with four straight victories in all competitions, while Southampton will spend the period of pause in the drop zone. Reds boss Jurgen Klopp admitted he is "more than happy" with Liverpool's Premier League position despite being 12 points off the top.

"It was really intense, it was a long period for us for the boys and a difficult one," said Klopp about the first half of the season. "The first path is finished, we have 22 points. I am more than happy with that now. We go from here in six weeks.

"We know we can do better, we will do better. We have three weeks with a big group and a long rest for the season which starts with bam bam bam games.

"We have a lot of injuries already. We are on the lucky side of it and now we have to fight through with the boys we have. I feel relieved that it's over. We had to play too often with the same players and couldn't give people a break here or there.

"I wanted desperately to have these six points and we deserved it. The Champions League was good, difficult start but then very convincing and we're still in the Carabao Cup. That's good things but we know we have to put a shift in is to make the gap smaller."

The build-up to the game focused on the two dugouts, with Liverpool boss Klopp banned from the touchline for his red card against Manchester City last month, while Jones took charge of his first Southampton game after joining the club from Luton.

Liverpool showed Jones the harsh and clinical reality of top-flight football as they scored with their first attack. Robertson's deep free-kick from the right found Firmino who was running across the front post. The Brazilian flicked the ball to the far post and ended up bouncing all the way in past the hapless Gavin Bazunu.

It was the perfect response for Firmino after he was dropped from the Brazil squad for the World Cup and Southampton's equaliser came via another player snubbed for the Qatar tournament - this time from an England perspective.

Ward-Prowse put his rejection from Gareth Southgate behind him to send in his own free-kick delivery onto the head of Adams, who escaped the marking of Virgil van Dijk before heading home past Alisson - who came and failed to claim the set piece.

From then, Liverpool took control of the match. Bazunu somehow denied Mohamed Salah from scoring a simple tap-in from close range but could not do anything about Nunez's first.

Harvey Elliott clipped the ball to the back post where Nunez had wriggled free - leaving the Uruguayan with the simple task of prodding past the Southampton goalkeeper.

Bazunu was equal to another Firmino chance from close range but once again, Nunez struck. Robertson escaped for Liverpool down the left and squared to the striker to slide home ahead of Salah's onrushing run.

After the break, both Firmino and Salah missed clear-cut chances to score but both headed over into the Kop when they should have hit the target at least.

But the goalmouth action in the second period largely took place in the Liverpool box, with Alisson making three superb reflex saves to keep the score down.

The Brazil goalkeeper made two quickfire stops from Mohamed Elyounoussi and substitute Samuel Edozie at the near post and then again to keep out Adams' close-range header.

Those stops ended up being crucial as without them, it would have been another uncomfortable home outing for Liverpool.

Klopp: We won because of Alisson 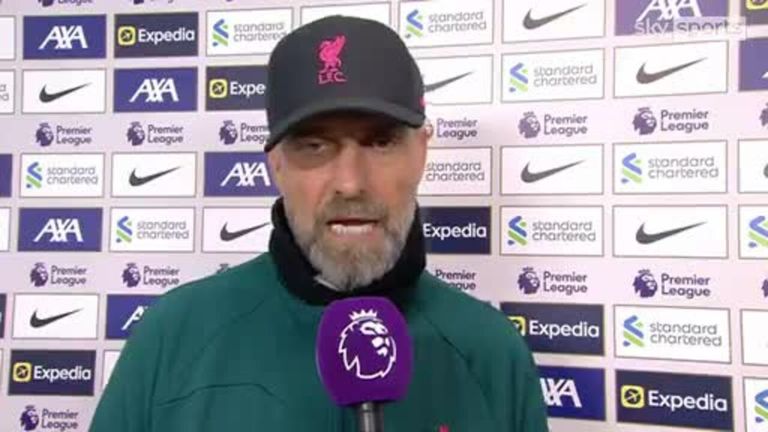 Jurgen Klopp praises his side's first half performance, but says Liverpool's keeper Alisson kept them in the second-half with some super saves to seal the 3-1 victory against Southampton.

Liverpool boss Klopp lamented his side's drop in standards after half-time and said victory would not have been possible without goalkeeper Alisson - who is now set to act as Brazil's first-choice goalkeeper at the World Cup.

"The first half, most parts of it were very good," said Klopp. "We scored some incredible goals, there are room for improvements but we played really well. All three goals were outstanding.

"For our second half, we don't win the football. Maybe Ali wins it. We won the game because of the first half and we won because of Ali. We have them too much space in decisive areas. We didn't have real direction."

In the other camp, Southampton boss Jones admitted he only had one training session with this current crop of players after moving from Luton but still wanted to take charge of the game instead of handing over interim responsibility to another coach.

"I've only had one day with them but I'm not one to shirk a challenge," said Jones. "The timing of the appointment is really important.

"I could have delayed it slightly and come in at the break, but I wanted to test myself. I'm really pleased with elements of what I saw today and we'll get better."

Jones did praise the character of his Southampton team after half-time and admitted there were many aspects that pleased him despite the overall result. 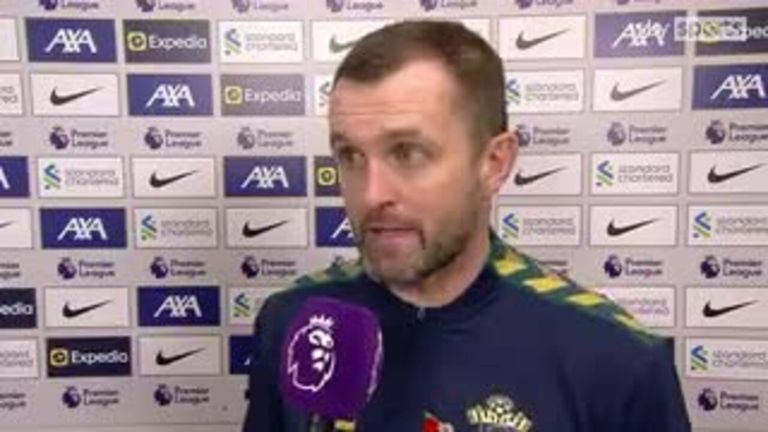 Nathan Jones says he has learnt a lot about his Southampton squad after taking charge of the side for the first time in their 3-1 defeat to Liverpool.

"There are no tougher challenges in world football, let alone British football, than Liverpool," he added. "The timing of the appointment is really important.

"I've got a group who have character. To be 3-1 down at half-time at Anfield and be the better side in the second half, that was pleasing.

"The young group have shown they can handle it and they stepped up. The changes changed the momentum. There are so many things to be pleased with."

Many fingers pointed towards Sadio Mane's departure as one of the reasons Liverpool are not performing at the level of recent seasons this term.

A key figure in that argument was Mane's replacement Darwin Nunez, who was not producing the numbers despite being a £85m arrival from Benfica.

But Nunez's confident display against Southampton epitomises the confident forward the Uruguayan is now becoming. The Liverpool forward now has seven goal contributions in his last seven Liverpool games in all competitions, six of those are goals.

He took both chances expertly against the Saints. The first was a confident first-time finish by adjusting his body to reach a difficult ball - symbolising how he is starting to adjust to life in Merseyside despite the challenges of a new country.

The second saw him take the ball from Mohamed Salah's toes - a sign of his intentions to become Liverpool's main man not just this season but in the future.

Now Mane is becoming a distant memory at Anfield and there is a new in-form player in Liverpool's ranks. Nunez can now be a key figure at this World Cup coming up for Uruguay and should be confidence continue, he is capable of a similar impact for Liverpool in the second half of the season.

Aston Villa host Liverpool on Boxing Day in the Premier League after the World Cup break at 5.30pm while Southampton are at home to Brighton on the same day at 3pm.