Malawi vs Zimbabwe. Africa Cup of Nations Group B.

Report and free highlights as Frank Mhango's double gives Malawi their first Africa Cup of Nations win since 2010, leaving Zimbabwe bottom of Group B going into the final round of matches on Tuesday afternoon; Ishmael Wadi had earlier opened the scoring for Zimbabwe in the 2-1 defeat 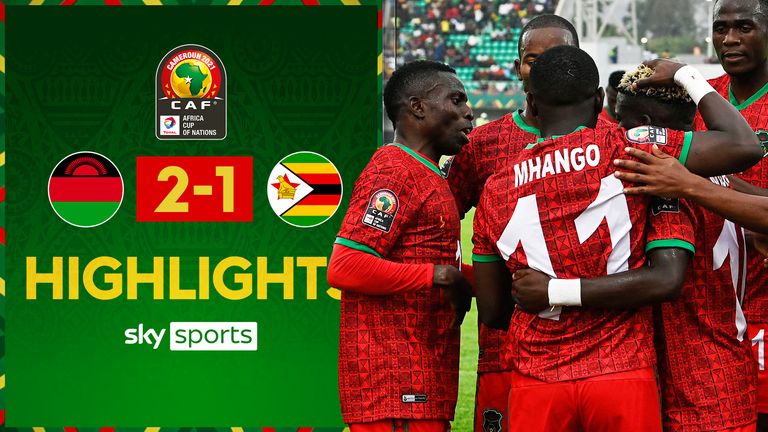 Ishmael Wadi put Zimbabwe ahead in the first half, but Mhango levelled just before the break and then added the second after 58 minutes as he took advantage of some hesitant defending and supplied a poacher's finish.

Malawi have three points from two games and lie third in the group behind Senegal and Guinea, who each have four points. Zimbabwe have lost both of their matches to date.

Malawi, whose only other win at the Cup of Nations was a 3-0 success over Algeria in 2010, play Senegal in their final Group B game at the same venue on Tuesday, while Zimbabwe will meet Guinea in Yaounde.

Zimbabwe face Guinea at the same time, live on Sky Sports Premier League, knowing only a win will give them hope of reaching the knockout stages.