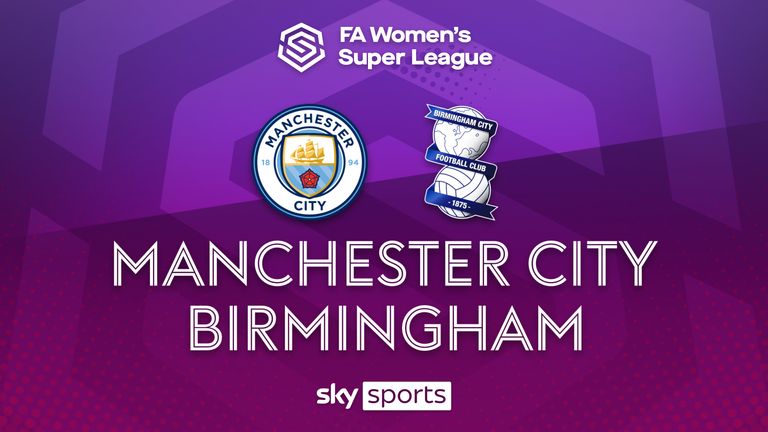 Manchester City put themselves in the driving seat for Champions League qualification after a 6-0 victory over Birmingham, who were relegated from the Women's Super League.

Gareth Taylor's side moved above rivals Manchester United into third, meaning they only need a point in Sunday's final-day clash with Reading to seal a European spot - barring a huge swing in goal difference.

European qualification looks more than likely after they racked up an eighth WSL win in a row, with Georgia Stanway (2), Lauren Hemp, Alanna Kennedy, Chloe Kelly and Laura Coombs getting on the scoresheet in another goal glut just days after putting seven past Brighton.

The defeat for the Blues ended their stay in the WSL having been founder members in 2010.

All six goals came in the second half as Stanway opened the scoring in the 57th minute with a low drive from 20 yards and Hemp made it two three minutes later with a close-range finish.

The floodgates had opened after Stanway added her second with a tap-in just after the hour, with Kennedy then heading home a corner and Kelly converting from close range.

Coombs rounded off the scoring in the 88th minute when she found the net from the edge of the area.

Kirsty Linnett: Birmingham must reinvest to return to WSL 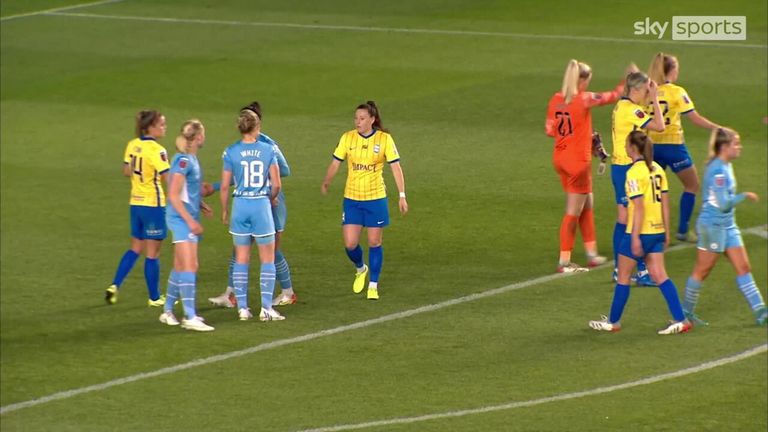 Former Birmingham City forward Kirsty Linnett says the club must try to keep as many players as they can and invest in their women's side after relegation from the WSL.

Manchester City travel to Reading on the final day of the 2021/22 campaign, while Birmingham will play out a farewell fixture with Midlands rivals Aston Villa before they depart for the FA Women's Championship. Both games kick off at 12pm.

Watch Chelsea vs Man United as the WSL title is decided on Sunday, live from 11am on Sky Sports Main Event, Football and Showcase.