Manchester United vs Middlesbrough. The FA Cup Fourth Round.

Man Utd crash out of the FA Cup on penalties at home to Middlesbrough; Matt Crooks cancelled out Jadon Sancho's opener in controversial circumstances; Cristiano Ronaldo missed a penalty and hosts wasted a string of other chances across the 120 minutes

Manchester United crashed out of the FA Cup with a 7-8 penalty shootout defeat to Championship side Middlesbrough following an incident-packed 1-1 draw at Old Trafford.

Anthony Elanga blasted the decisive penalty over the bar and into the Stretford End to spark wild celebrations among the 9,000 travelling fans after the two sides had converted 15 consecutive spot kicks in a high-quality shootout.

United dominated the game for long periods before that, attempting 30 shots to Middlesbrough's six, but the tone was set for a wasteful performance when Cristiano Ronaldo dragged a 20th-minute penalty wide after a foul on the returning Paul Pogba.

Ralf Rangnick's side did take the lead shortly after that missed spot kick, Jadon Sancho collecting a long pass from Bruno Fernandes and firing home via a deflection (25), but they spurned a glut of other opportunities and were made to pay by the resilient visitors.

Middlesbrough's equaliser came in controversial circumstances when substitute Duncan Watmore miscontrolled a diagonal pass from Isaiah Jones inside the United box, causing the ball to bounce up onto his hand before he crossed for Matt Crooks to slide home from close range at the far post (64).

The goal would likely have been ruled out prior to this season, but VAR allowed it stand - despite furious United protests - in line with changes to the handball law brought in during the summer.

According to those changes, a player can no longer be penalised for an accidental handball preceding a goal unless he scores it himself.

Given Watmore's handball was not deemed to be deliberate, and his arm was deemed to be in a natural position, the goal stood.

When trying to understand the decision to allow Middlesbrough's equaliser to stand, it is important to refer to the changes to the handball law made at the start of the season.

In accordance with the new rules, Watmore wasn't penalised for accidental handball because he did not score the goal himself.

For him to be penalised in that scenario, according to the new rules, it would need to be a deliberate handball, or his arm would need to be in an unnatural position. VAR deemed neither of those things to be true, hence the decision to allow the goal to stand.

Manchester United were understandably aggrieved by the decision but they had only themselves to blame for their profligacy.

Sancho struck the crossbar with goalkeeper Joe Lumley off his line in the second minute, but others missed far better chances.

Man of the match: Joe Lumley

Ronaldo's wayward spot kick was one of nine shots from him without scoring over the course of the 120 minutes.

The Portuguese international did convert during the shootout, but he endured a wretched night otherwise, firing into the side-netting from a Marcus Rashford cut-back with his clearest opening.

Rashford was guilty of fluffing his lines too, the 24-year-old twice denied by the outstanding Lumley after being put through on goal first by Luke Shaw and later by Pogba. He also volleyed over from a Sancho cross early in the second half.

Fernandes, who had blazed over from a Diogo Dalot ball over the top in the first half, then contrived to hit the post in the 72nd minute despite having an empty net to aim at after stealing the ball from Jonny Howson on the edge of the Middlesbrough box.

Elanga then headed a gilt-edged chance straight at Lumley in stoppage time at the end of the 90 minutes. By that point, however, the hosts were running out of ideas, their bright start to the game having faded.

Middlesbrough, meanwhile, grew in stature as the game wore on and went close to winning it themselves without the need for a shootout when substitute Aaron Connolly was denied by United goalkeeper Dean Henderson from close range in the second half of extra time.

Middlesbrough had sensed their opportunity by then and duly held their nerve in the shootout as Elanga's wayward effort, after 15 pinpoint penalties, secured a famous fourth-round victory for Chris Wilder's side and eradicated Manchester United's most realistic chance of silverware this season.

Manchester United manager Ralf Rangnick: "Incredibly disappointed. We should have won and killed off the game in the first half.

"Crossbar, post, missed penalty and numerous chances. It should have been 2-0 or 3-0. We conceded a goal which I don't understand why it stood. He controlled it with his hand.

"In the moment when they scored, it was clear that VAR would not allow this goal to stand. We were not well positioned in that moment, too open and allowed them the counter, we should have won the game.

"Anthony Elanga, anyone can imagine how he us, he is shattered and absolutely disappointed. It was the eighth penalty which had all converted."

"Five years without a trophy. It's phenomenal, a club of Man Utd's stature, five years is such a long time. They brought Ronaldo back to win a trophy, and it hasn't happened. I know they're in the Champions League, but let's be honest, I'd be shocked if they won it. They have to get in the top four.

"This was a nightmare, the game should have been over at half-time, but they should also have enough to go and win it in the second half and extra time.

"Now it's a bit of a snakes and ladders situation. They get to fourth place, then they fall straight back down the ladder again. I just can't explain what a bad result that is on Friday, it's a shocker.

"Man Utd should be putting Middlesbrough to bed, and now they have a big, big football match against Burnley in midweek."

Wilder: It doesn't get any better

Middlesbrough manager Chris Wilder: "We are delighted. The opposition will be wondering how they did not progress, but it is the magic of the cup. We rode our luck, took our chances and took it to a shootout.

"You can't do anything when it goes to penalties, you just hope they are positive and they took a fabulous approach. You give yourself an opportunity to witness scenes like tonight, 10,000 fans coming down the road and going away happy.

"Dean Henderson is a good goalkeeper, I know what he is about and saved a few penalties when we worked together, but it's a fabulous night for the football club and why fans around the world enjoy the FA Cup.

"You cannot get any better than winning at Old Trafford on a Friday night."

"You have to be critical of Manchester United. First half, they were fantastic, but they are playing a Championship team at home in the cup.

"The fans would have been thinking they would win tonight and, being at home, I fully expected them to beat a Championship team.

"But now, it just adds more and more pressure to the upcoming games." 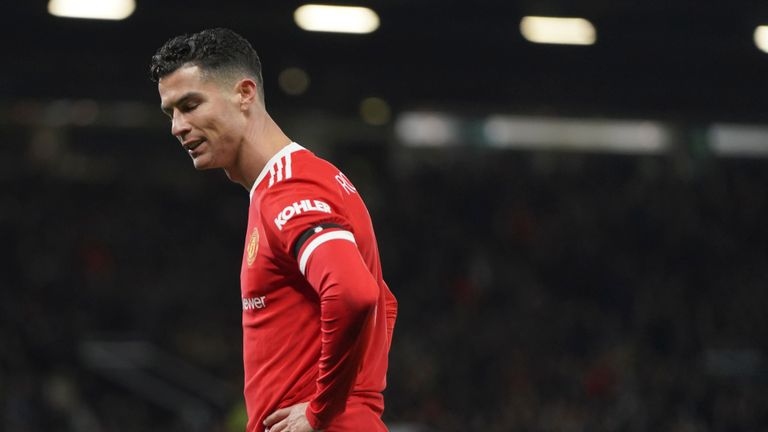 When is the FA Cup fifth-round draw?

The FA Cup fifth-round draw is on Sunday, February 6.

It will take place before Liverpool's home clash with Cardiff at around 11.30am and you can follow it live on the Sky Sports app and website.

What's next for United and Boro?

Manchester United return to Premier League action on Tuesday when they travel to Turf Moor to face Burnley; kick-off 8pm.

Still to come in the FA Cup this weekend...