Match report and free highlights as Liverpool are held by a resolute Newcastle at St James' Park; Jurgen Klopp's side end the year three points clear at the top of the Premier League after first goalless encounter with Newcastle since 1974 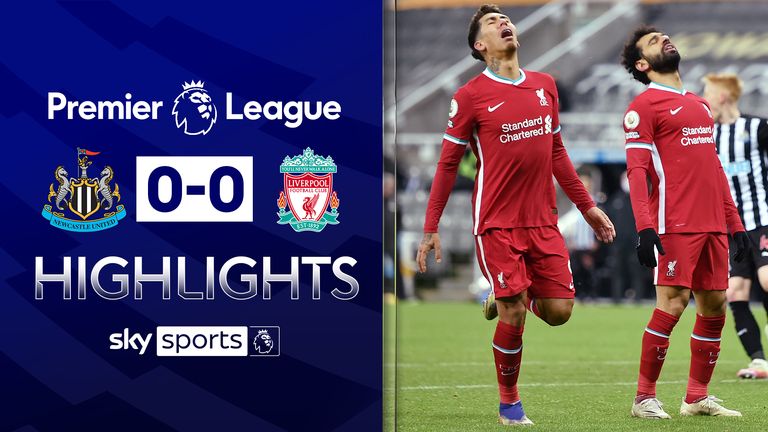 FREE TO WATCH: Highlights from Newcastle's draw against Liverpool in the Premier League.

Liverpool reopened their three-point lead at the Premier League summit but they were held to a 0-0 draw by a valiant Newcastle at St James' Park.

Mohamed Salah missed two opportunities to turn the champions' advantage at the turn of the year into a more handsome one, but the hosts were inspired by goalkeeper Karl Darlow and his spirited Newcastle defenders.

Fabian Schar produced a goal-line clearance to deny Sadio Mane in the second period to ensure that Liverpool enter 2021 having failed to beat four of the bottom seven in their opening 16 games.

The year ends with Jurgen Klopp's side three points clear at the top of the Premier League from Manchester United, who have a game in hand, with Leicester third and Everton in fourth, but also with a game in hand.

Alisson kept out Ciaran Clark's header in the closing stages but the result is enough to move Newcastle up to 14th following the first goalless stalemate between the sides in 74 meetings, dating back to February 1974.

Man of the match: Karl Darlow.

Steve Bruce described the "mass hysteria" and criticism received after Newcastle's defeat by Brentford last week as unjust, but following their now-annual loss to Manchester City at the Etihad Stadium on Boxing Day, the Magpies were looking to extend their four-match unbeaten Premier League run in home fixtures against the reigning champions.

Nathaniel Phillips was handed only his third league appearance for Liverpool with Klopp's defensive resources having been further depleted by the loss of Joel Matip, and Newcastle started brightly with Callum Wilson forcing two saves from keeper Alisson inside the opening 12 minutes.

However, Liverpool might have taken the lead 11 minutes before the break when Salah stabbed wide having seemingly done the hard work, and it took a fine reaction save from Darlow to deny Roberto Firmino in stoppage time and ensure the sides headed back to the dressing rooms with the scoreline still 0-0.

Liverpool arrived on Tyneside unbeaten in 11 league games since the aberration of a result at Aston Villa, and they had a good chance to break the deadlock nine minutes into the restart when Mane rose to meet Trent Alexander-Arnold's set-piece but his header flashed into the side-netting.

Klopp continued to cut a frustrated figure midway through the second period when Firmino released Salah but the Egyptian could only direct his shot a yard wide of Darlow's right-hand post, and the Liverpool boss was perplexed again when Firmino headed wide himself after Darlow's misjudged the flight of another Alexander-Arnold corner.

Thiago Alcantara was introduced by Klopp as Newcastle continued to tire, and it was through a familiar source that Liverpool probed. After Darlow was unable to claim Alexander-Arnold's cross, Mane's inadvertent effort was hooked off the line superbly by Schar.

It very nearly got much better for the Magpies 11 minutes from time when Clark met Matt Ritchie's free-kick with a downward header which Alisson had to turn away.

Darlow's heroics were called upon again with four minutes remaining as Firmino's thumping header was saved low to his right by the Newcastle stopper, who rose to his feet to complete the clearance. The hosts had ridden their luck, but their courageous approach was rewarded.

Newcastle boss Steve Bruce: "We rode our luck at times and my goalkeeper's made a few saves when you have to if you're playing one of the best teams in Europe.

"But their goalkeeper made one or two saves too. The players stuck at it and got their reward. We needed to improve on the ball and we gave it away cheaply late on but that's the tiredness and the fatigue setting in as they did one hell of a shift."

On Darlow: "The jersey's his at the moment. There's no disputing that his form has been fantastic all season." 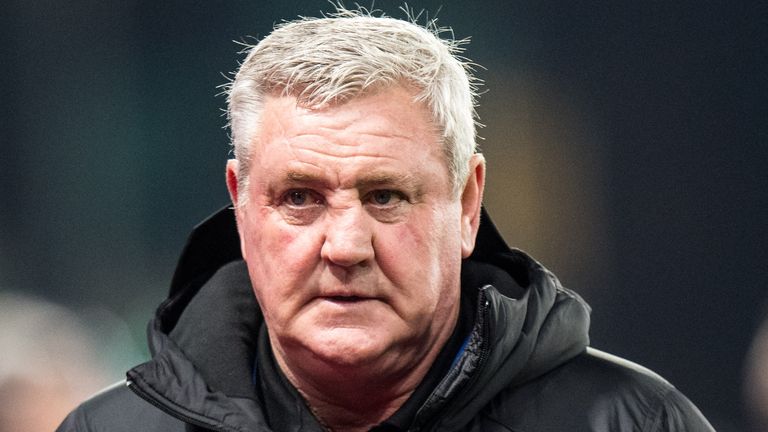 Newcastle United boss Steve Bruce was delighted to claim a draw against Liverpool and believes his side’s hard work is starting to pay off.

Liverpool boss Jurgen Klopp: "We created some big chances, but we didn't use them. But I liked the game. There are different draws and this is not one we are happy with result-wise but I'm happy with the performance. It's disappointing but it is how it is.

"Newcastle went down and Schar had a few moments where he felt something. It broke the rhythm, but they defended with all they had. We played super football. Mo had a chance and first half we already had big chances, so we will just have to respect the result.

"I have not a lot of wrong things to say about the performance apart from the finishing. In moments, we have to be better and then we will win more football games. The position in the table at the moment is nice but it doesn't mean anything right now as we've drawn the last two games. We're in as good a mood as possible. If life gives you lemons, make lemonade out of it and that's what we're trying to do at the moment." 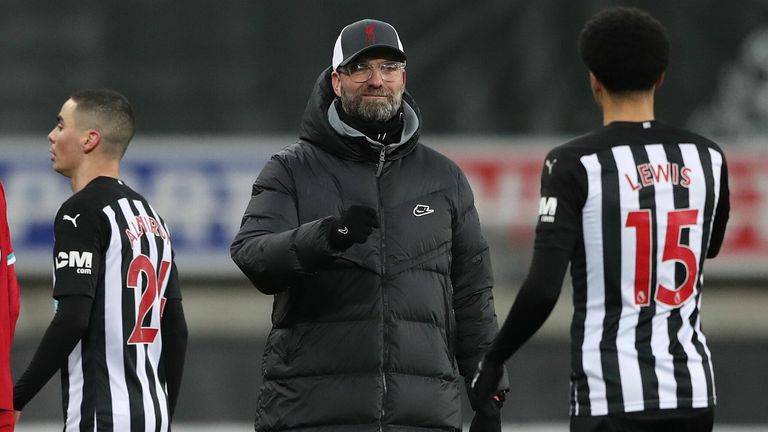 Liverpool manager Jurgen Klopp says he was pleased with his side’s performance in the goalless draw with Newcastle United despite missing a number of chances to win the game.

Liverpool's poor finishing combined with exceptional goalkeeping ensured Newcastle claimed their point. Darlow made a wonderful save in the opening half to deny Salah and he came up with the goods again as Firmino's late header was kept out.

With Martin Dubravka named on the substitutes' bench following his long lay-off, it was vital for the 30-year-old to produce a commanding display, and he delivered in style.

"It's a terrific effort from us," Darlow told Amazon Prime. "We've had Man City away and Liverpool at home. I felt we stayed in the game against City and now we've grinded out a point against the champions. Credit to the lads having played two top sides in four days.

"I'm just pleased to be out there doing what I can for the team. It's a clean sheet that I've been desperate for as I've only had a couple. Hopefully we can use this and take it into the game with Leicester next.

"Hopefully I can keep performing as I have been and if that gets me into England contention then I'd be over the moon. Leicester will be another tough game so we will need to recover in order to keep moving up the table."