Murray, who is in his second spell with the club, scored the equaliser in Brighton's 3-3 draw with West Ham at the weekend.

Murray told the club's website: "I'm delighted to commit my future to the club and be part of this project that we're working on with the head coach.

"I'm just looking forward to the second half of the campaign now - all I need to do from my personal perspective is make sure I'm fit and ready to go when the gaffer needs me.

"It was nice to be back in the side and on the scoresheet at the weekend, I've been working hard on the training field and doing some extra running and finishing drills with Neal [Maupay] and Aaron [Connolly]. 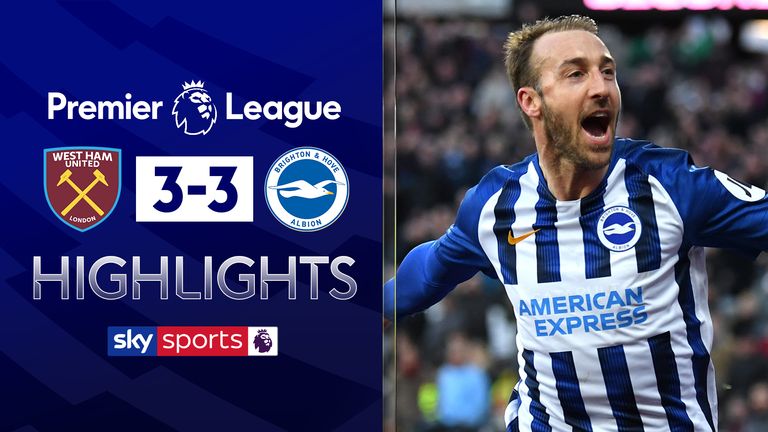 FREE TO WATCH: Highlights from West Ham's draw against Brighton in the Premier League

"Thankfully I got my chance at the weekend, lasted the full game and got the goal as well."

Brighton head coach Graham Potter, added: "I'm delighted Glenn's agreed this new contract, and it's one he deserves. He's got it because of what he can bring to the team and squad.

"Everyone knows what Glenn brings to the club, and he's an important member of the squad - on and off the pitch - and he showed that in abundance on Saturday at West Ham.

"I've always said he's got a big part to play here. He's happy and settled, he loves this club, and he's been the ultimate professional on and off the pitch. He keeps himself in fantastic shape and that takes great dedication."

Murray first joined Brighton in 2008, helping the club to the League One title in 2011, before departing that summer.

The 36-year-old returned to the club in 2016, after spells at Crystal Palace, Reading and Bournemouth, and scored 23 goals in his first season back as the club won promotion to the Premier League.

The striker scored 14 goals in Albion's first-ever Premier League season, and his 15 goals last season took him past 100 goals for Brighton to make him the club's post-war record goalscorer.