Sky Sports among the newest members of TeamPride 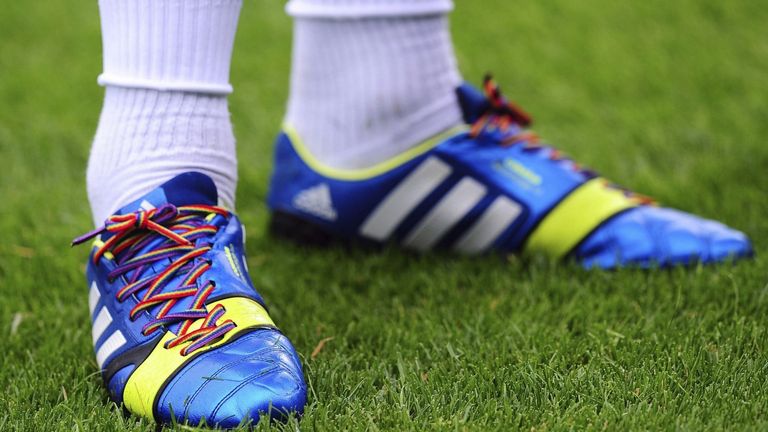 The TeamPride coalition is committed to making sport everyone's game by encouraging fans, players, sports clubs and organisations to show their support of lesbian, gay, bi and trans people.

This week (November 21-27), as part of the Stonewall Rainbow Laces campaign, sport clubs across Britain are hosting a Rainbow Laces takeover.

Barney Francis, managing director of Sky Sports, said: "At Sky Sports, we take pride in bringing the fantastic stories within sport to life every day, as well as the issues that lie at the heart of sport.

The Premier League, the EFL and the FA will show their support for the LGBT community at the weekend

"By being part of TeamPride, we can shine a light on those issues and help to tackle them. We are passionate about sport and want everyone to feel a part of it and the Rainbow Laces campaign can help make that happen.

"We're proud to be a founding partner of TeamPride."

Football clubs around Britain, including all Premier League clubs, and a number of clubs in the Sky Bet EFL Championship, League One and League Two, Premiership Rugby and Welsh Rugby will be involved. The football clubs include Manchester United, Arsenal, Liverpool and Hull City, and rugby clubs include Sale, Newcastle, Bristol and Bath.

Showing respect for diversity is unifying message of campaign, supported by Sky Sports

Working alongside Stonewall, TeamPride brings together organisations from diverse sectors to find ways of creating inclusive and equal environments in sports for lesbian, gay, bi and trans people.

The research, released in September, showed that 72 per cent of football fans have heard homophobic abuse at a live sports event. But it also showed that the majority of sports fans support and welcome LGBT fans and players, with almost two thirds (63 per cent) saying more should be done to make LGBT people feel accepted in sport.

This week's campaign is about empowering that majority to step up and show their support of LGBT people, to help make sport everyone's game.

As part of the Rainbow Laces week, Pitch Marketing Group has produced a campaign video for Stonewall featuring LGBT athletes and fans talking about the effect that homophobic, biphobic and transphobic language has on sportspeople.

Is English football ready for a gay star?

Stonewall is now looking for more organisations to join TeamPride, to provide further resources and support, and to enable the charity to tackle the problems raised in the research so that sport can be everyone's game. TeamPride is the headline sponsor for successful inclusive football club, Stonewall FC, in the 2016/17 season.