Arsenal were unfortunate to concede a penalty against Watford but Richarlison is unlikely to face retrospective action, says Dermot Gallagher on Ref Watch.

Also up for discussion is Romelu Lukaku's clash with Dejan Lovren at Anfield and Andy Carroll's red card for West Ham against Burnley.

INCIDENT: Romelu Lukaku catches Dejan Lovren in the face with a flailing boot - nothing was given. 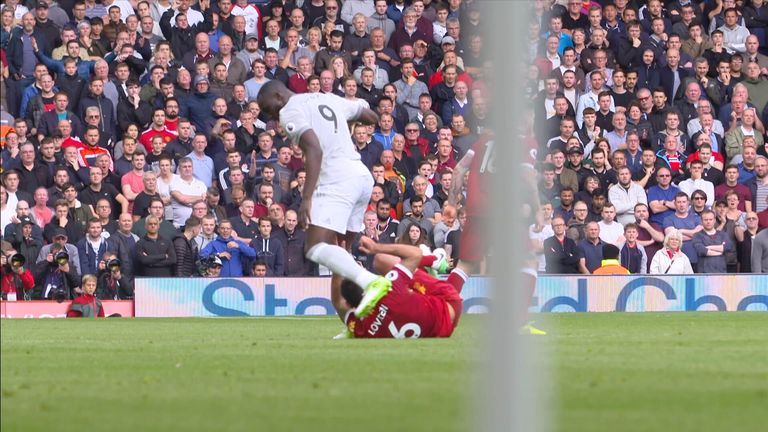 DERMOT SAYS: Much has been made of it, but I don't know why. Lovren puts himself in that position, plays the ball and ends up on the floor. Lukaku then bumps into him through no fault of his own. He moved away quickly - he can't make his body suspend in air.

It was just a coming together. We need to be careful not to act with knee-jerk reactions - there is a physical element to the game. This incident was a natural coming together.

INCIDENT: With Arsenal 1-0 down, a penalty was awarded to Watford following Hector Bellerin's foul on Richarlison. Arsene Wenger called it a "scandalous" decision. 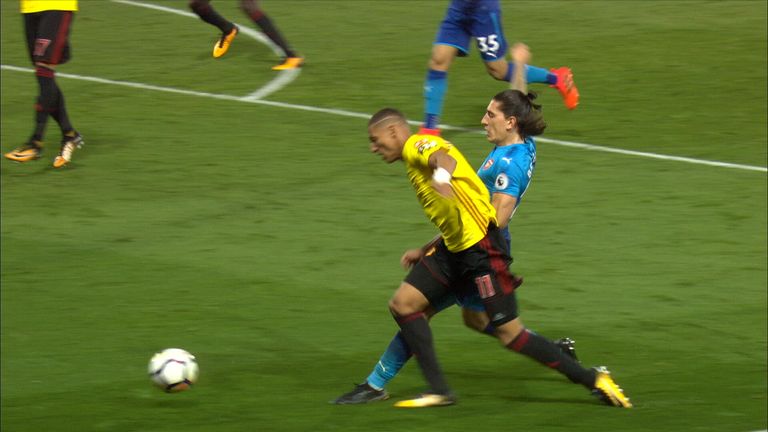 DERMOT SAYS: I feel sorry for the referee. There is a slight clip but not enough to give a penalty. The player has gone down so easily that he's made the referee's mind up for him. I don't think this will fall into the retrospective action category.

The same referee didn't give a penalty when Dele Alli dived at Huddersfield - if that one had been given as a penalty, it would have gone to the review panel. This one, there was a little nick so the player will argue that was enough to bring him down. It doesn't fall into the remit of trying to deceive a referee.

INCIDENT: Already on a booking, DeAndre Yedlin flies into a challenge with Nathan Redmond but escapes a second yellow card. 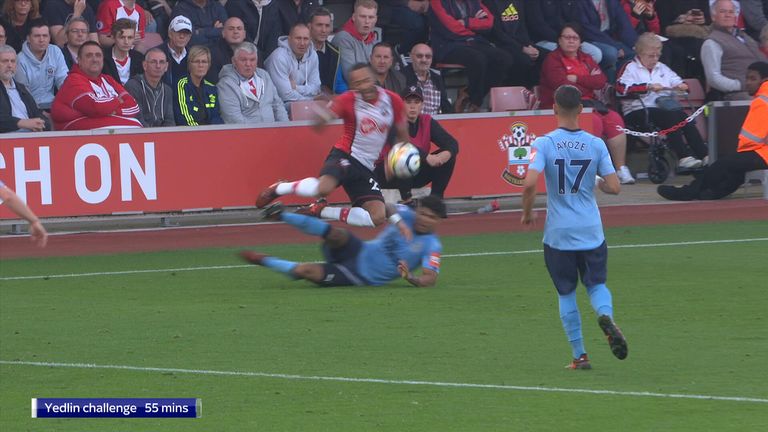 Should Yedlin have been sent off?

DERMOT SAYS: This is where my job gets difficult - it isn't up for a debate, it's a second yellow card. I don't see the purpose of talking to the captain as the purpose is for the not player not to do it again. The easiest decision there was to award a second yellow card - it's obvious to everyone. Maybe he's not seen it correctly?

INCIDENT: Bruno catches Dominic Calvert-Lewin in the face and a penalty is awarded. Bruno is booked.

DERMOT'S VERDICT: Correct call, but should have been red.

DERMOT SAYS: I was surprised this was just a yellow card for three reasons. Bruno looks at Calvert-Lewin, then he goes for him and he can't possibly play the ball because the ball is so far above his head. I think there were only two options here: either it was an accidental foul and you give the penalty or you give a penalty and a straight red card.

INCIDENT: Andy Carroll saw red for two yellow cards within two minutes of each other. Did Stuart Attwell get this right? 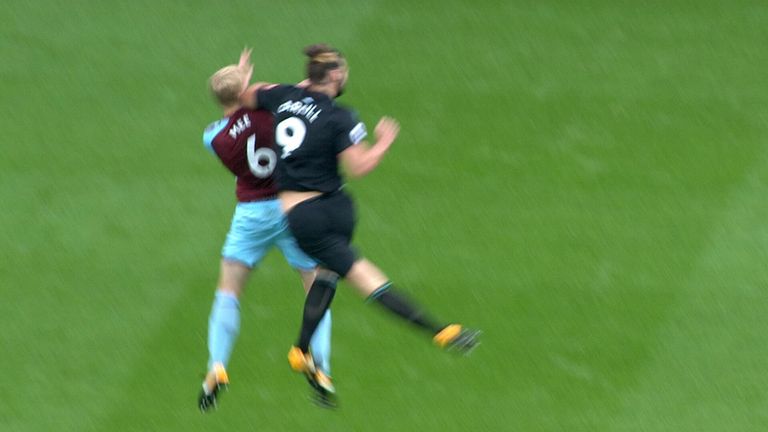 Carroll sent off for elbow

DERMOT SAYS: The first one is a yellow card. It's the reckless nature of his leading arm, if you catch someone like that you run the risk. There's no debate about the second one either - even Slaven Bilic had no complaints. The second one could have been a straight red but the correct outcome was achieved with Carroll leaving the pitch.

INCIDENT: There was controversy at Griffin Park on Saturday as the referee denied Millwall a goal to award a penalty, before Lee Gregory went on to miss the resulting spot-kick.

Were Millwall denied a goal by referee Lee Probert after he awarded a penalty instead?