Who were the top performers and who let themselves down in the Premier League this weekend?

We asked Sky Sports News guest Leon Osman what he thought of each team and how they got on Matchday 15, with the former Everton and England midfielder grading the clubs on this weekend's display.

So, how did your side fare? Read on to find out...

For a team that has just lost 3-1 at home, the grade shows you the actual performance Arsenal put in. Two big mistakes at the start of the game gave them an uphill challenge, but they actually played really well. And barring a masterclass from David de Gea, they certainly could have got something from the game.

Going to the Emirates and performing as they did it is an A+. They soaked up a lot of pressure and had a game plan of letting Arsenal having possession and then catching them on the counter-attack. They were deadly in doing that. And to then have your 'keeper be man of the match. But they looked deadly up front and a great all-round performance from Man Utd and they will be delighted going into the derby on the weekend.

A strong performance. A sloppy start, they did not do everything right in the game, but they powered on again, scored three goals and looked relatively strong. 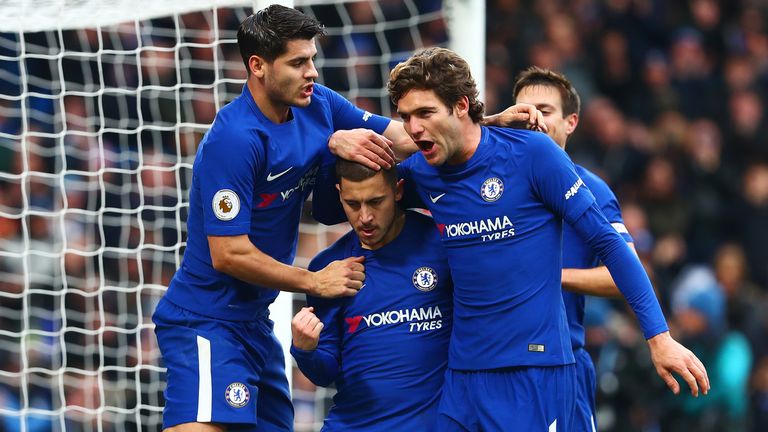 Another defeat, but an expected one. They turned up, had a go and scored an early goal. They tried to make a game of it, but Chelsea were just too strong. It is great to see, though, them going to places like Stamford Bridge and Old Trafford and having a go and really trying to take part in the game. However, their slide at the moment is worrying.

On the end of one of the two standout performances of the weekend. However, the team, conceding from a set piece, not scoring the chance they had from Glenn Murray and then Liverpool going down the other end and scoring were the moments in the game in which they could have done better. But when you are conceding five goals at home, it has been a tough afternoon for them. 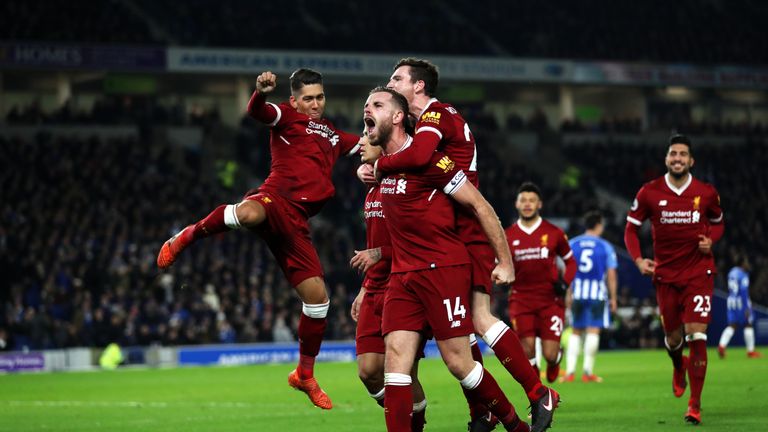 Fantastic performance in a much-changed team, they would have been worried defensively. Then to score from a set piece just set them free. And then you saw the counter-attack and the brilliance of Philippe Coutinho on the day, Mo Salah played a minor role compared to Coutinho, but the signs are good for Liverpool as an attacking force.

Two wins in a row, six goals, none conceded, so a good start for Sam Allardyce. Not as good as the game the other night against West Ham, but it was important to get over the line. The first half was not easy on the eye, but Everton got the job done and were too strong for Huddersfield on the day. It is hard away from goal for them at the moment, they have not scored since the opening day of the season and on that performance, I can see why. It was hard viewing, they competed for the first 45 minutes, but at no point did you think they were going to score. And once Everton went in front, there was no way back for them.

There was a lot of talk when Claude Puel took over about was he the right man for the job. But his results and performances since have shown he was. He has got them playing great, Demarai Gray has probably been their talisman, coming in and playing most games and he got the winner. And Leicester really do look like a threat and a team who are really behind their manager. 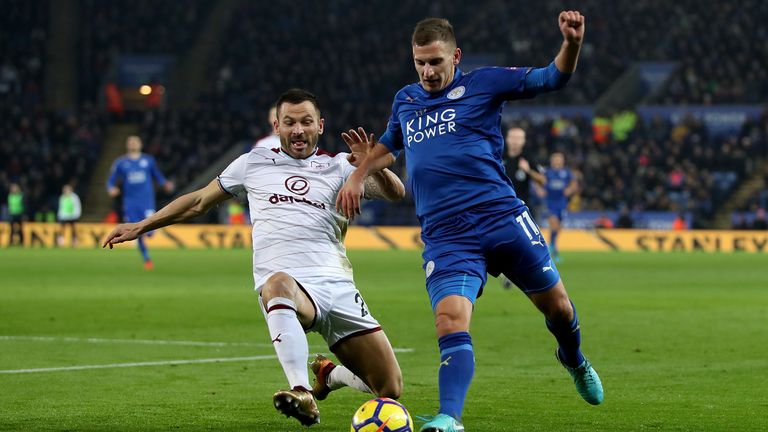 They have been on a good run of late, doing great, especially away from home. They competed, made a game of it, but with all due respect to Burnley, they are not going win every game they take part in away from home. A good showing, but it just did not go for them on the day.

They massively needed the win, but it was not a great game though. To concede a goal to a very blunt Swansea must have been a worry for Mark Hughes, but they turned it around. Xherdan Shaqiri and Mame Biram Diouf with two very important goals, Joe Allen played really well and the main thing on the day was to get the win. And they did that, so job done. 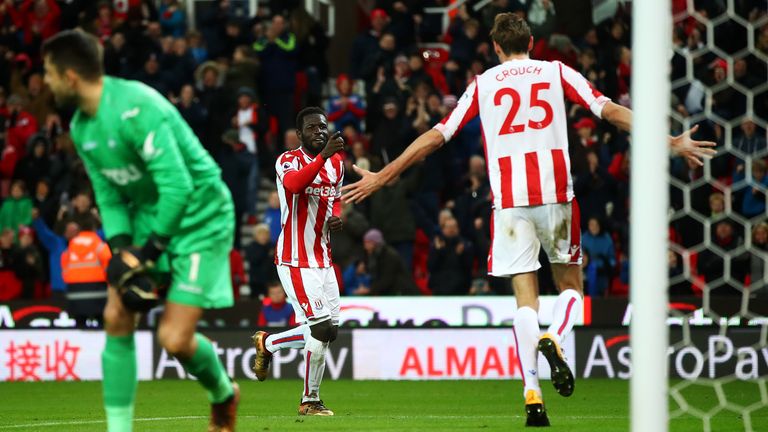 Very, very worrying times for Swansea. They are losing games easily, they are not scoring many and are conceding goals for fun. They looked disjointed and a team who have already resigned themselves to relegation, so it is going to be a long hard Christmas for Swansea.

Not the same level of performance that we have seen from Watford of late, not quite the same in terms of goals, but it was still a very decent performance. They have set the bar quite high this season, to the point where drawing at home to Spurs is now considered okay. And so I think that is great for Watford. 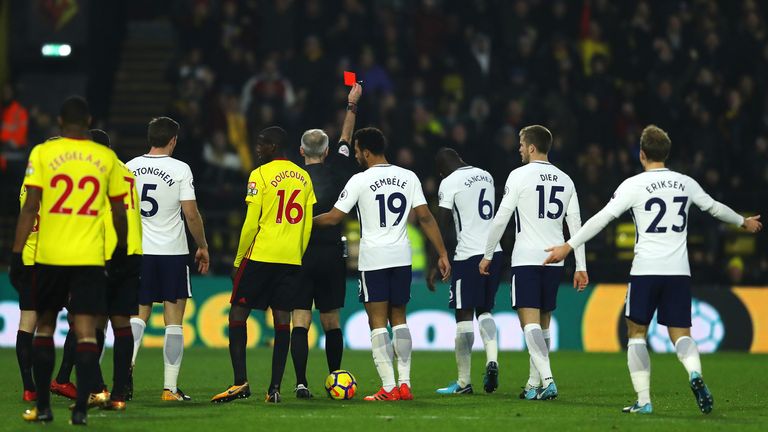 Spurs are just having a tough part of the season now. Most teams will come through a tough period at some point of the season and Spurs' has been highlighted because they are not picking up as many home points as they did last season. So every time they lose points away from home now, that gets highlighted. This was another average performance, another mistake in not tracking a runner for the goal, and they could have lost that game.

New manager, new impetus about moving forward, but it was the clean sheet to come out of the game that was the positive, which is strange given what Alan Pardew has been brought in to do. But he will be pleased with the zero goals and keeping the clean sheet, but there is still stuff to work on and it was not a great game. 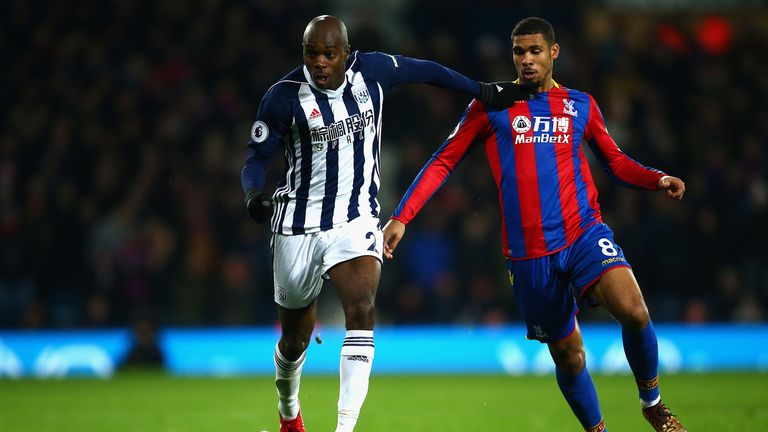 Clean sheet away from home, but not a great game. They could potentially have had a penalty, and possibly an indirect free kick in the box, which they certainly should have had, and maybe chances to win the game. But a point away from home is not a bad effort.

A point away from home, Charlie Austin had a chance to win it. They did not really do much in the first half, but looked a much better force second half and three big games this week - a great win against Everton, very unlucky at City and a draw at Bournemouth when they could have won. So not a bad week for Southampton.

In the first half, I thought they were abject and well off it. I think the best thing for them was West Ham scoring as they had to come out and put the extra striker on in the second half. But I have given them this grade because they found themselves a goal down and with 45 minutes to score and break teams down. And they still did it and had the quality to do it and it looks very ominous for the rest of the league that they are still getting results like that.

From the performance I saw in midweek against Everton to the performance I saw at the Etihad, it was like night and day. I thought they stuck together, they were never going to out possession Man City, but they created more opportunities, particularly in the first half. They looked a good force and Michail Antonio back was a real positive, his power and his pace. And the team looked like they were really behind David Moyes on the day. So a good positive performance with a lot of positives to take. And hopefully they will use that heading into their next couple of games.