In an exclusive interview with Sky Sports, Tottenham striker Harry Kane opens up about his love for scoring goals and his bid to chase down Mohamed Salah for the Premier League Golden Boot.

Ahead of Tottenham v Manchester City on Sky Sports Premier League this Saturday, Kane talks inspirations, aspirations, and his excitement at trying to catch Salah, with Sky Sports' Pat Davison.

Harry Kane: I started playing football really young, probably four or five at the park, my dad and brother were big football fans so we used to just play. I was quite good at a young age, but scoring goals at maybe six or seven always, playing in the park with mates or playing for a team I always used to be the one that was scoring. I didn't think much of it back then but looking back now I was quite naturally talented in that aspect and as I grew up I have always had the knack of finding the net. 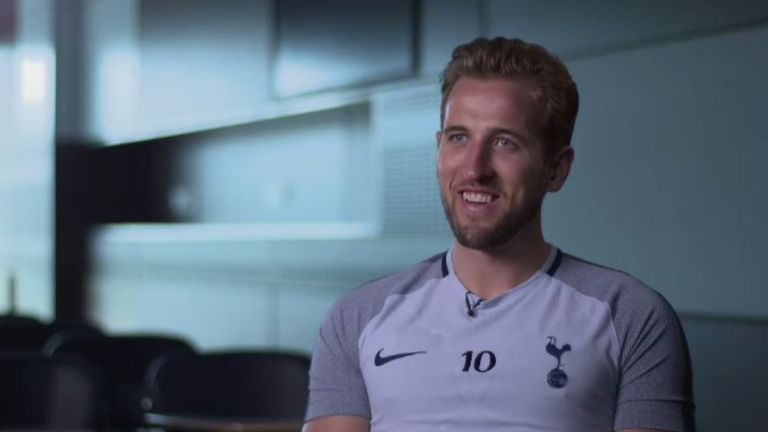 I didn't think much of it back then but looking back now I was quite naturally talented in that aspect and as I grew up I have always had the knack of finding the net.

Did it come naturally, or you loved it so you kept practising at it?

A bit of it as a youngster was maybe being a bit luckier than everyone else and the ball would come to me at the right time.

Will Spurs do a Liverpool on City?

Will Spurs emulate Liverpool's success over Man City on Saturday? We check the stats...

Even as a kid playing in the park or the street - would you count your goals?

Yeah I would. I always wanted to score and always loved the feeling of scoring.

I remember when I was playing for Ridgeway Rovers, I think I was 10 and scored maybe 47 in 20 games or something like that. Going back that far I don't remember that much but I still remember goals from youth teams and certain goals stick out.

I remember one when we were playing Coventry U18s and I flicked it over the defender, volleyed it with the left foot and that was one of my best. Another one against Coventry away, cut inside, whipped it back, top corner.

I remember quite a lot of my goals. 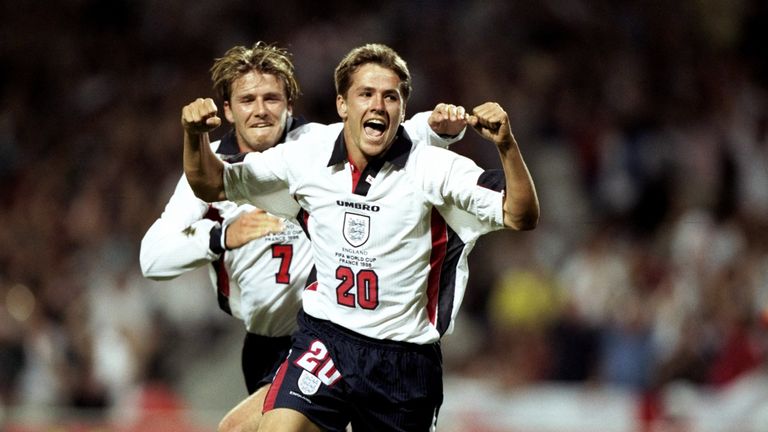 I used to love Ronaldo. Had a totally different game so couldn't compare myself to him. I used to love Jermain Defoe's finishing, Robbie Keane, Michael Owen - when I was smaller people used to say I was like a little Michael Owen.

Kane on his inspirations

Who would you pretend to be when you were younger?

I used to love Ronaldo. He had a totally different game so I couldn't compare myself to him. I used to love Jermain Defoe's finishing, Robbie Keane, Michael Owen - when I was smaller people used to say I was like a little Michael Owen.

I always loved finishing and wanted to stay behind. I remember when I was 15,16 you only have an hour and a half to train three or four times a week but when you get to the youth team it was my job and if I wanted to go and hit 100 balls I could do it without having school or other stuff to do. I always wanted to do extra. I always loved the feeling of scoring.

Adam Bate assesses Kyle Walker's progress at Man City as he prepares to face former side Spurs on Saturday.

What is it about scoring?

It's the look. The look before it's gone in, if you slow down a replay or as you have a shot, your head's down and you look and you know halfway if it's going in and as soon as it goes in - the adrenaline. It's hard to explain the feeling, it's one of the best in the world, you're proud of yourself for scoring, you're proud that you're helping team-mates, you're excited, it's all that in one big feeling.

What were the big goals at Spurs that opened it up for you?

Probably my first one in the Premier League. You think if you can score one you can score however many. That was under Tim Sherwood against Sunderland.

Then the Villa goal was massive because that season I had come off the bench in the Premier League and scored in the Europa, the fans started to want to see me play and I scored in the last minute and the manager said it changed his path and my path. I had a big connection with the fans at that point and it gave me real confidence. The two against Chelsea that year too because it was the first big team I had played, they were top of the league, had one of the best defences in Europe, before that game it was you were testing yourself against the best and it was probably one of the best games of my career. From that point it was 'I can do it in this league, I am going to make sure I stay here'.

What was it like when you started competing for the Golden Boot?

It was strange. I had a good year but I didn't play for a lot of the start of the year and I had periods without scoring. I was still there and there abouts and I knew I could do better as well so that was great for the confidence. For sure I could have done better that year and every year I look back I feel there are periods where I don't score at the start and there are things I look back on where I think I can get better.

August is something I look at next season to change, little things like that, I am always looking at how to get better and that is what makes me keep improving.

Why does it mean so much to be the leading scorer in the league?

Your job as a striker is to score goals and I feel if I don't that I have let the team down. I know I do other stuff like hold the ball up, try and bring other people into play and work hard, but my job is to score goals. I feel very passionate about it, I work very hard at the craft, it's competition, when you are fighting for the Golden Boot it's good competition and I want to win at everything I do, whether it's a match, the Golden Boot, or training. I always want to win and I have always had that. That passion and excitement of being the best and the highest scorer that season is what I want to achieve. 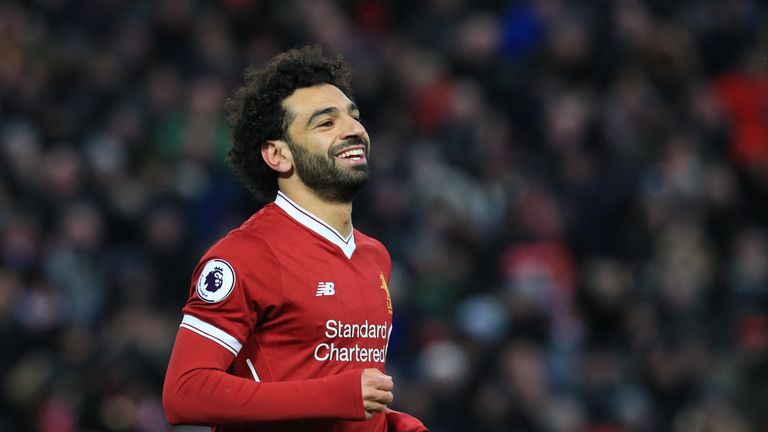 Because we are battling against Liverpool for the top four as well it's a bit of excitement. He [Salah] scores four, let's see what I can come back with. Whatever happens at the end of the season both of us will have had good seasons and we both enjoy it.

Kane on trying to catch Salah

Can you catch him [Salah]?

We will see. He has done great, he has had an amazing season and has gone ahead, so we will see.

Because we are battling against Liverpool for the top four as well it's a bit of excitement. He scores four, let's see what I can come back with. Whatever happens at the end of the season both of us will have had good seasons and we both enjoy it. It's just the competition and trying to win, that's what I enjoy.

We talked about your start as a goalscorer, what about the end? What are your targets and dreams?

My dreams are to stay at a consistent high level for the next seven, eight, nine years. I want to keep myself in good shape, play for a long time. I think that is what makes a good player, doing it year in, year out, if you can catch records that's amazing, I don't think of that but it comes along the way. I want to be a consistent goalscorer for the next 10 years.