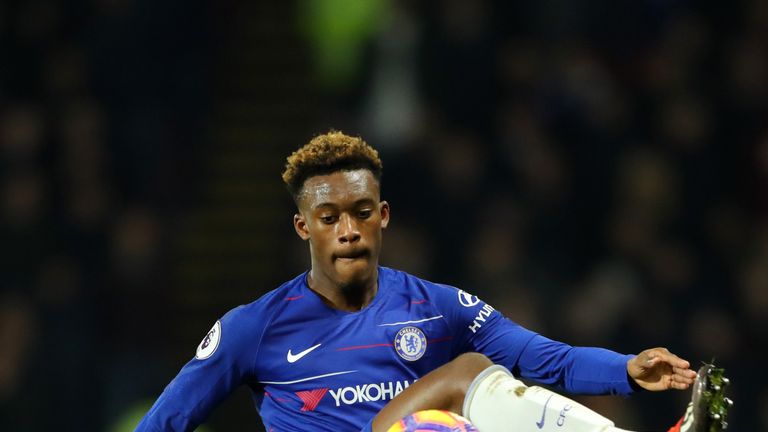 Chelsea head coach Maurizio Sarri says a move to Germany would not be in the best interests of Callum Hudson-Odoi, and the player has a future at Stamford Bridge

Maurizio Sarri says Callum Hudson-Odoi would be making the wrong decision if he chooses to move to Germany, but admits he has not spoken to the youngster about his Chelsea future.

Bayern Munich have made three offers for the 18-year-old during the January transfer window, the latest of which is in excess of £30m, according to Sky sources.

The winger has just 18 months on his Chelsea contract and is understood to be keen on a move to the Bundesliga, but Sarri has urged him to turn it down.

When asked if moving to Germany would be wise, the head coach said: "I don't think so, because he is an English player.

"He is very young, he has the future. He has a very great future here in England, with the national team and Chelsea. To stay here is better for him."

However, Sarri admitted he had not told Hudson-Odoi his thoughts in person, explaining: "I am not in charge of these questions and I do not want to speak to a player about something that doesn't depend on me." 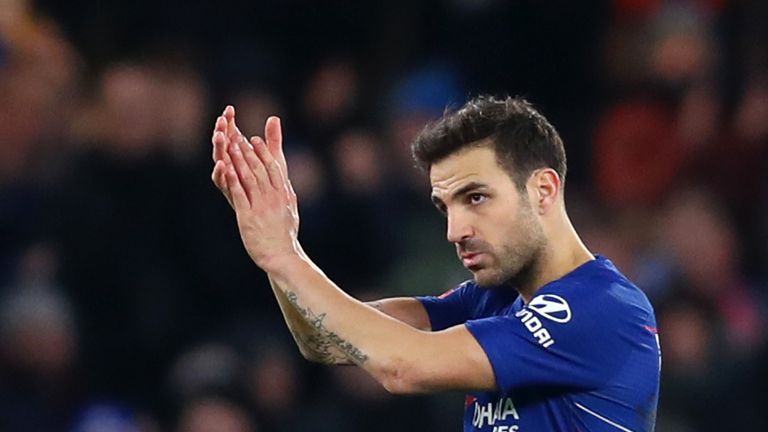 Hudson-Odoi's lack of first-team opportunities is believed to be one of the reasons behind his reluctance to commit his future to Chelsea, but Sarri suggested he is willing to hand more chances to the winger.

He impressed in assisting both of the Blues' goals against Nottingham Forest on Saturday and, after saying in November Hudson-Odoi was not ready for the Premier League, the head coach appears to have changed his mind.

He said: "I know only that for me he is a very important player. He is very young but now he is improving especially in the defensive phase.

"He played really very well in the last match. I am really very happy with him. I don't know the situation with the club.

"He is ready. Of course we have very important players in the same position. You want Willian on the bench? Pedro? I can play with only two wingers.

"I think now I can start to consider him on the same level."