John Terry exclusive: I haven't missed playing and the pressures around it

"I had a lot of notes from sessions from really good managers, and some notes from managers that didn't work..."

Wembley, where John Terry lifted six of his 15 major trophies, seemed the best place to ask. That question, reserved for those who are embarking on a coaching career after huge success on the pitch.

"Have you missed playing?"

We're looking out on the pitch an hour before Chelsea face Manchester City in a League Cup final, the sort of occasion Terry ate up.

This is a warrior defender who would fight through pain to play. Full-kit John Terry. This is 759 club appearances, 78 England caps John Terry. Ninety-nine out of 100 say they miss it. This is a banker.

"Do you know what? I haven't. Missing the Monday to Friday, I get that, but the pressures of games…

"It's funny because you watch games like the League Cup final, you want to still be playing, but the pressures that surround it, and the pressures I put myself under later on in my career, I probably didn't enjoy, and that's why I'm enjoying retirement."

A coach with Dean Smith at Aston Villa since October, Terry does not give the impression he is in the job merely to prolong his involvement in dressing rooms, to get the same buzz as a player, or even to keep busy.

The 38-year-old is serious about learning new skills, and has been since his playing days. He would even take notes on what he liked about his managers' sessions, and what he didn't like.

"I always took an interest in what was going on; with certain managers there were things I liked, and a lot of things I didn't like, and why I would do it, why I wouldn't, and what I think the players want and need.

"I had a lot of notes from sessions I'd seen previously from really good managers, and some sessions from managers that didn't work and the players didn't enjoy." 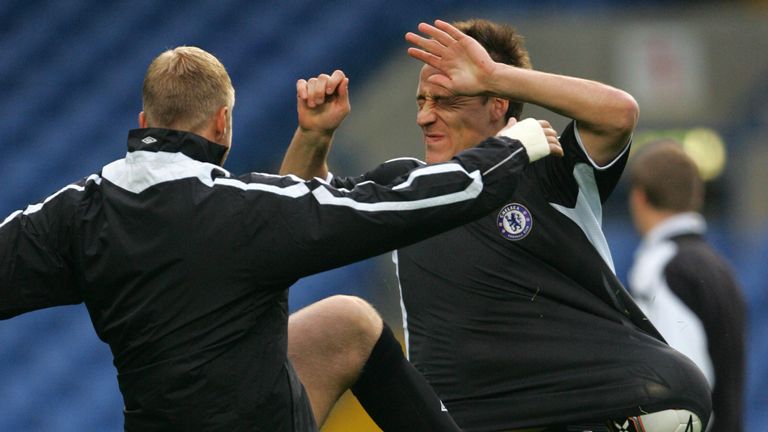 This sounds familiar. Ole Gunnar Solskjaer has routinely spoken of Sir Alex Ferguson's influence on his coaching style at Manchester United, but is also keen to stress he is his own man.

What about Terry's coaching style? There seems to be no arrogance to his approach at present, no "I did this in my career, I know best". It has been trial and error.

"It forms day-by-day. Sometimes I walk in from a training session and I'm disappointed in myself that, whether it be a passing or possession session, it doesn't go as well as you think.

"It's a bit like being at school, constantly learning, and I'm like a sponge at the minute. You have to analyse yourself."

With that constant examination and self-improvement, it's clear to see why Terry was consistently at the top. But there is one thing he'd have changed. 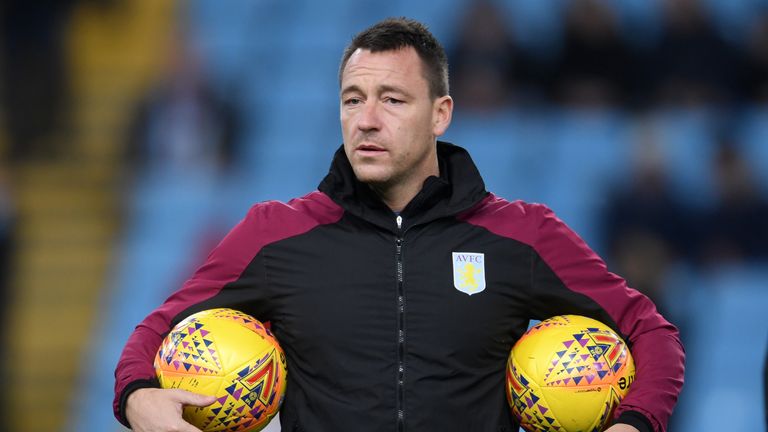 Sometimes I walk in from a training session and I'm disappointed in myself that, whether it be a passing or possession session, it doesn't go as well as you think.

"For a player it would be really good to dip your toes into coaching, particularly towards the back end of your 20s, I think it would be a good idea to get an early feel for it. If I'd done that, I'd have appreciated it a bit more.

"As a player, you turn up for training, go out and there will be a mention of the set-up, the small-sided pitches, tactical set-up, but you don't really think about the hour or two before that has gone into that, or the thought process involved in it.

"Seeing that side of it has been huge for me, and it's a learning year for me. That's what I want to take from it."

Retirement hasn't brought more leisure time for Terry. That Sunday usually spent relaxing with family or watching other football is now often spent preparing for Monday meetings, or providing material for players to work on themselves.

"A big change is after the game, where nine times out of 10 you have a Sunday off as a player, and you say: 'That's my time to switch off,' nowadays that's the time where I'm watching the previous game, looking at the next opponents, doing clips for individuals.

"That side of it is huge for me, the depth and detail that goes into the meeting on a Monday or Tuesday morning.

"You're thinking about the whole group. There may be one or two players that need speaking to on a Sunday, someone who was injured and making sure he's OK, there are so many sides to it."

Terry works with the Villa squad alongside assistant manager Richard O'Kelly, but his input into the side's defence is key. Smith's philosophy puts emphasis on defenders being comfortable on the ball.

It's the current trend, and a shift in thinking which Terry played through. He remembers a time where defensive coaching was anything but progressive.

"We didn't get too much coaching, individually or collectively, back in the 90s and early 00s. It was pretty much: 'Don't get it off the goalkeeper, squeeze up, go and compete, go and fight for it.'

"Now the game has moved in a completely different direction and teams look to play with their defenders. Tyrone [Mings, on loan from Bournemouth] is certainly one of those players comfortable on the ball, and we want them all to be comfortable.

"Once the defender receives it from the goalkeeper, he has to have pictures and patterns in his head, and the entire group has to understand as well. It's about getting as high up the pitch as possible from his pass, with the least risk. That's what we're trying to work on as a group."

Terry speaks passionately about what he's learned as a coach, and how he wants to soak up more. That mix of experience and eagerness to improve gives him every chance of success in a sector where many big-name players have fallen.

He is more than happy playing the role of coach and student, but there is one thing he misses. Typical of Terry, it's the running.

"On average as a player I'd run between five and seven kilometres a day, just in a normal training session, now I'm not doing that!

"Now I've said to myself that I'm going to run after every session we do, once the players go in I'm going to do my bit for an hour. That's all I've known! That's something you take for granted, the way you look after yourself, and what you eat.

"I certainly had a few months after I retired of saying: 'I want to enjoy whatever I want,' food-wise, drink-wise. I was never a drinker towards the late end of my career, maybe a few glasses of wine, but then you start looking at yourself physically and you want to be back in the shape you were in as a player."

Terry may want his shape back, but he's not harking back to his playing days, or using it as any sort of currency in the coaching game as he looks ahead to management in future years. He knows name alone won't bring success in football's most tentative position.