Raheem Sterling and Ama Agbeze have been recognised for their achievements at the British Ethnic Diversity Sports Awards (BEDSA).

Manchester City and England winger Sterling was named Sportsman of the Year, while England Netball captain Agbeze took home Sportswoman of the Year at the Awards in London, which celebrate and reward sporting achievements among black, Asian and minority ethnic (BAME) men and women.

Sterling has enjoyed an excellent season for Manchester City, scoring 19 goals in 40 games for the club in all competitions, while the 24-year-old has also received praise for his public stance against racism.

Earlier this season, Sterling accused newspapers of "fuelling racism" with their portrayal of young black footballers, while last month he called for Montenegro to be handed a stadium ban by UEFA following their fans' abuse of England players in a Euro 2020 qualifier.

Commenting on his first win at the BEDSAs, Sterling said: "I just want to say thank you for the award, it's a massive honour.

"Sporting Equals are doing some amazing work, so it's a massive honour to be associated with them."

Agbeze also picked up her first BEDSA award after captaining the England Netball Team to gold at the 2018 Commonwealth Games in Australia.

The 36-year-old, who plays for Vitality Superleague team London Pulse, took home the award ahead of fellow nominees Dina Asher-Smith and Kare Adenegan.

Meanwhile, former Arsenal, Cambridge United and West Brom defender Brendon Batson OBE was given the Lifetime Achievement Award for his contributions to football and race equality. 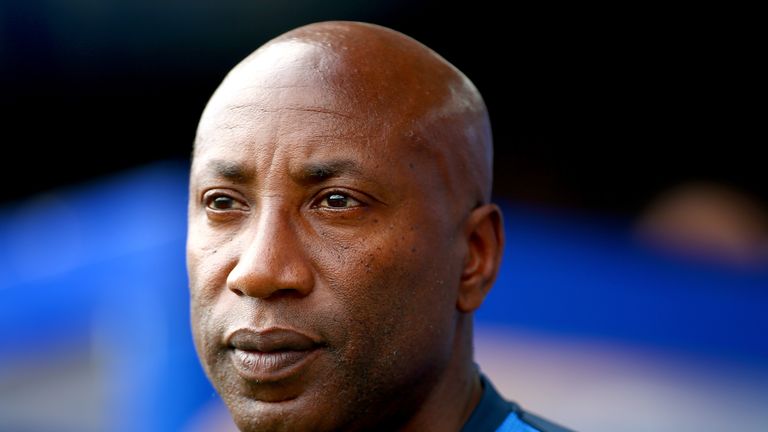 Former QPR manager Chris Ramsey said evolution was not enough to combat racism in football, saying we need to 'move closer to a revolution'