The 10-month deal will cost Manchester United around £6m and Inter have not agreed an option to buy Sanchez at the end of the season.

The Serie A side are expected to contribute around €5m (£4.5m) of the Chile forward's salary, according to Sky in Italy, and he is set to arrive in Milan on Wednesday for a medical.

Sanchez impressed in Chile's Copa America campaign this summer, but is yet to feature for United this season after suffering an injury during the third-place play-off.

He did play in a behind-closed-doors friendly against Sheffield United as he continues his rehabilitation.

Inter already signed Romelu Lukaku from United for a fee of around £73m earlier this month.

United could be without Martial for a period of time after he suffered a thigh injury in their 2-1 home defeat to Crystal Palace on Saturday.

Analysis: Where it went wrong for Sanchez

'The constant throughout Sanchez's career prior to joining Manchester United was that wherever he played he was more of a scorer than a creator. Although his positioning at Arsenal might have seemed similar to the role that he was asked to play at Old Trafford, where he swiftly displaced the in-form Anthony Martial, the chemistry was very different.

'Even when deployed out wide at Arsenal, Sanchez often had Olivier Giroud ahead of him with Mesut Ozil as the playmaker. He could not have hoped for two more selfless team-mates. At United, only Juan Mata fitted that bill. Romelu Lukaku was the striker, with Sanchez expected to add the creativity, despite being someone who relies on it from others.' 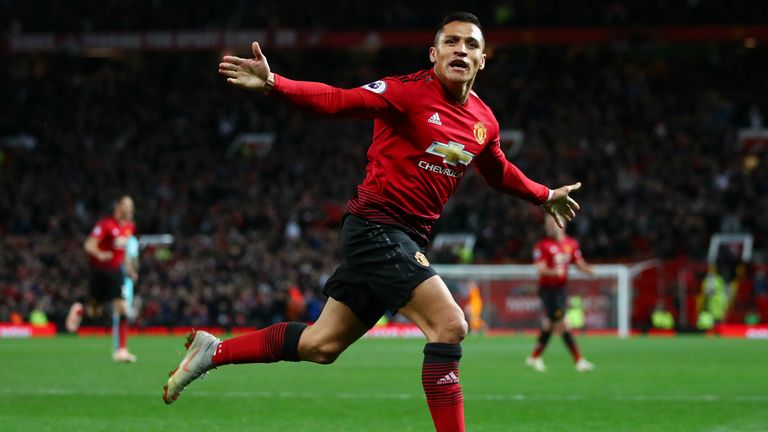