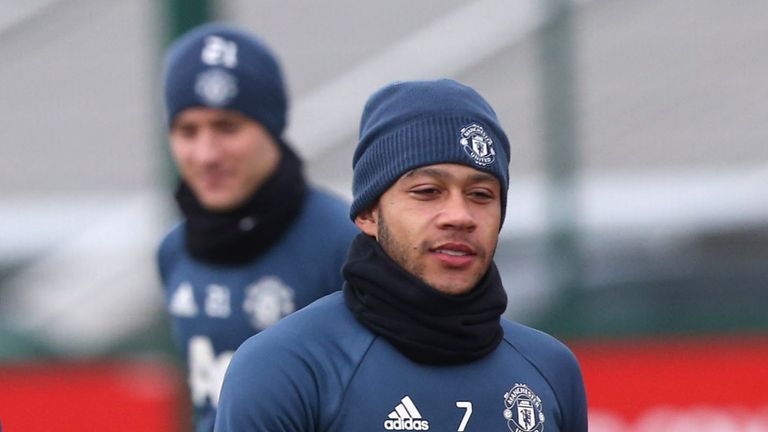 Netherlands head coach Ronald Koeman says Memphis Depay was too young at Manchester United but suggests he could now be ready for a Premier League return.

The 25-year-old forward spent two years with Manchester United between 2015 and 2017 making 33 appearances.

He moved to Lyon in January 2017 where he has played 99 times and scored 41 goals while continuing to impress with the Netherlands national side.

Depay is now being linked with a potential move back to Old Trafford or to Tottenham.

Speaking ahead of the Netherlands' vital European Qualifier against Northern Ireland on Saturday live on Sky Sports, Koeman said Depay had become a better player since his stint in England.

"I think he's a top player and maybe during his time at Manchester United he was a little bit too young," he said.

Depay has been struggling with a thigh injury and Koeman says it is too early to confirm whether he will be available for the game in Belfast which the Netherlands need to draw to ensure qualification for next year's tournament.

"We have to wait for that, we'll make that decision tomorrow morning," he added.

"Everybody who plays needs to be more than 100 per cent and that's the situation." 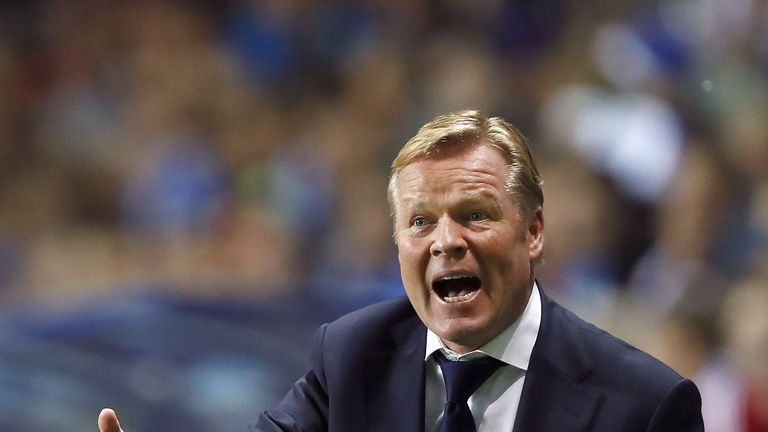 Koeman: I'll apologise if I need to

Meanwhile, Koeman said "if he needs to apologise he will" for describing Northern Ireland as "terrible to watch" following their 3-1 win over Michael O'Neill's team in October.

O'Neill responded by saying: "I think it is a little bit poor from him given the level of coach he is. It is not our job to set our team up and go to Holland and be beaten easily and they say, 'it's great you came here'."

Now Koeman accepts his words may have been too strong.

"Of course I was a little bit irritated after the game in the way they wasted time from minute one and the referee did nothing against that and that was my irritation," he said.

"My irritation was not coming out of how they played because they showed a difficult team to beat, they showed the spirit that you would expect from them.

"The reaction of their manager is okay, I accept it, and maybe the words that I used at the time were a little bit harsh and if I need to apologise for that I will do it."