Today's football managers and coaches have a greater understanding of mental health issues, but work still needs to be done, says Leon McKenzie.

Speaking ahead of the Heads Up campaign weekends across football (February 8/9 and February 15/16), former Norwich and Crystal Palace striker McKenzie says a key part of man-management is to understand player issues outside of football.

McKenzie retired from football in 2013 after an 18-year career, which began at Palace in the 1990s and ended not long after a suicide attempt and severe injury problems.

He subsequently reinvented himself as a successful boxer, and of his 11 pro fights, McKenzie won eight, including a bout against Ivan Stupalo for the International Masters super-middleweight title.

In an exclusive interview with Sky Sports' Patrick Davison for the Heads Up campaign, McKenzie opens up about what led him to his suicide attempt, offers advice for young players and team-mates, and why it is important to monitor those who have been injured… 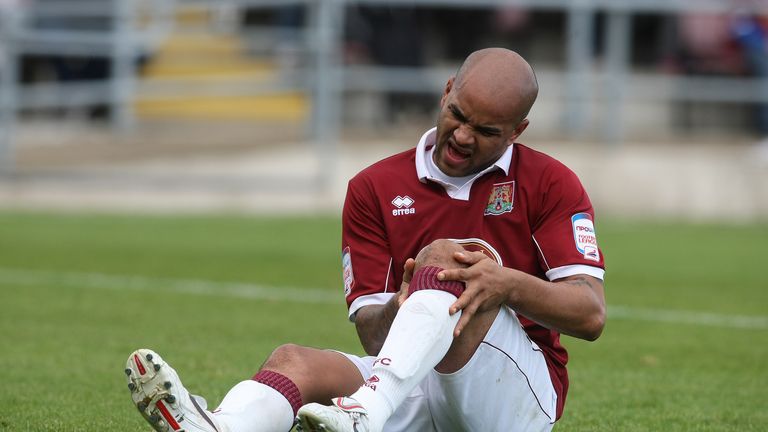 As part of the Premier League's #HeadsUp campaign, former top-flight striker and professional boxer Leon McKenzie opens up about the circumstances which led to his suicide attempt in 2010.

'I was about to check out of life…'

"At Charlton in 2010, I was flying in one particular training session. I was bursting down the wing and tore my hamstring. I'd been bottling things up for many months, subconsciously thinking I couldn't take much more, and that I didn't have much fight in me.

"I went into the treatment room, onto the bed, and cried my eyes out. What stood out for me on that particular day was seeing my team-mates and staff just walk past. Nobody actually came in.

"It was interesting for me; it wasn't because nobody cared, but as human beings, we have this reluctancy; if you see a man crying, that is uncomfortable for us. Really, all I needed was for someone to ask if I was OK. It's so simple. I wasn't alright.

"I went back to my hotel. I called my mum, but what she didn't know was I was about to check out of life." 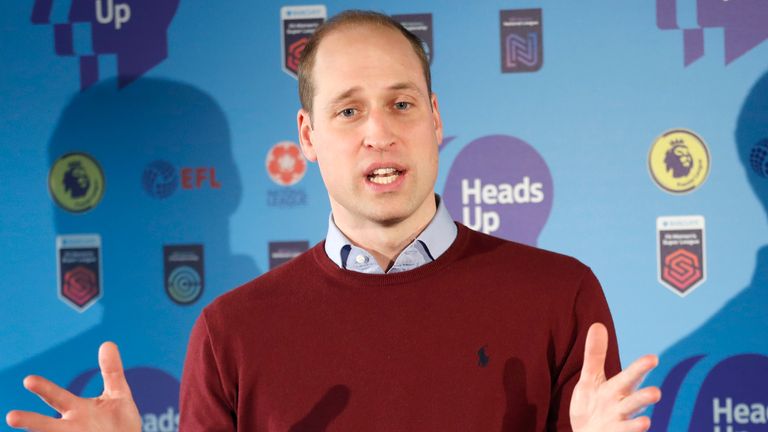 Prince William says football can encourage more conversation around mental health, ahead of a new initiative launched by his 'Heads Up' campaign

McKenzie believes some managers are showing adept mental health skills, and says it is as simple as asking a player how their life outside of the game is going…

"A lot of managers and coaches are getting a greater understanding of man-management. It's more about being a coach now, what that person does on the pitch.

"Managers and coaches are now looking at mannerisms, man-management is improving, you pull a player aside, ask them how they are, how things are going outside of football. Those simple questions give the player confidence to confide in the coach.

"If you are with them most days, you'll then start to know their characters, and when characters change it can mean things are happening off the field. As a coach, it's your job to realise that. I know there are a lot of coaches and managers that do that."

McKenzie believes there are many assumptions around retirement, and that the mental toll it can have on players is often ignored. Here, he also insists players should have an early plan for retirement…

"You love doing something for a number of years, and when that is taken away, you're not in control of what you love, and all you're in control of is trying to get back fit, and you don't always get to where you once were. That is psychologically damaging.

"For me they're the most important years, because you can go into a dark place, not knowing what's going on, because everything changes, your routine changes. You're not going into training, with that banter anymore, things are not laid out for you anymore. Now you're in the real world.

"What we also have to be careful of is the vulnerability that can come when a kid, who might be the 'next big thing', has an injury. Where is his mind going to be at? That's what we've got to look after once they leave football.

"A lot of athletes tend to find that pain comes quite a lot. The pain is then numbed by addiction. Drugs, gambling, alcohol. These things are detrimental if they can't deal with life circumstances changing."

Join the conversation using #KickOffAConversation and #HeadsUp look out for more on @Heads_Together and @TheFA.