Pearson 'overwhelmed' by messages of support he has received

A "frank exchange of views" between Nigel Pearson and Watford owner Gino Pozzo after Friday's defeat to West Ham was the catalyst that led to the head coach's sacking.

Concerns over team selection, substitutions and the team's performances since the Premier League returned to action had already eaten away at relations between Pearson and Pozzo, along with his technical director Filippo Giraldi.

It is understood Pearson still maintained support among a group of players in the Watford dressing room.

However, despite breathing life into Watford's troubled season - they were bottom of the league, with just one win from 15 games when he arrived - some players were less supportive.

The owners held serious reservations in particular about their team's first-half performances, with Watford failing to score the first goal in all seven games since lockdown. 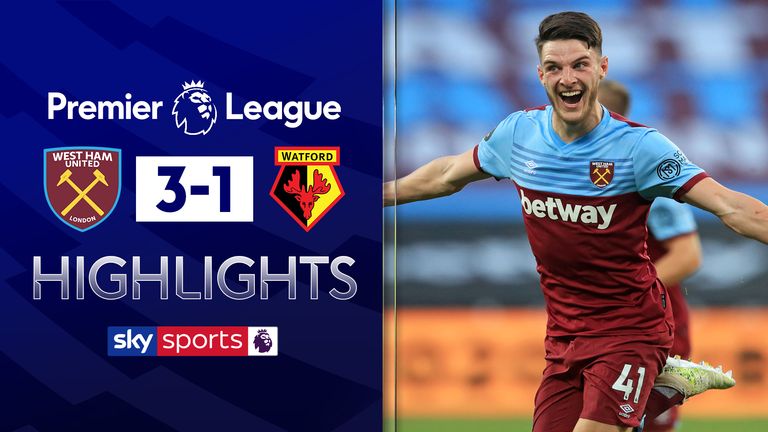 However, Sunday morning's conversation between head coach and owner appears to have accelerated plans for Pearson and his number two, Craig Shakespeare, to leave the club at the end of the season when their contracts run out.

Watford, who are three points clear of the relegation places, are in no rush to find a new permanent successor to Pearson, who was their third boss of the campaign following on from Javi Gracia and Quique Sanchez Flores.

The club will take a more considered view after the final two games when they know which league they will be competing in.

Watford are one place and three points above the relegation zone with two games left to play.

They will host Manchester City on Tuesday, live on Sky Sports, and then visit Arsenal on Sunday, needing four points to be guaranteed a place in the Premier League next season, although a lesser haul may suffice depending on other results.

Pearson posted a message on Twitter saying how thankful he was for all the support he has received since his dismissal.

He said: "I've been overwhelmed by well-wishes I have received from Watford supporters and the football community.

"Although not able to finish the task, I wish Watford all the best in the final two games."

Whatever way you look at it, Nigel Pearson's achievement in getting Watford to the brink of Premier League survival when he took over a team with eight points from 15 games, and seven adrift of safety, is seriously impressive.

But Watford owner Gino Pozzo has shown plenty of times that numbers only mean so much at Vicarage Road. Four years ago, he sacked Quique Sanchez Flores at the end of the Hornets' first season back in the top flight despite finishing 13th, because of a perceived dull style of football and a slump in the second half of the season.

Pearson's apparent crimes may not be dissimilar. Fourteen points from his first seven games in charge have been followed by 11 from the next 13.

Talisman Troy Deeney has managed to win more headers than any other Premier League player since the manager took over - but that is more a demonstration of the philosophy of substance over style which the Hornets have adopted in an attempt to secure their survival.

However, once the honeymoon period was over, an unbalanced defence did little to help, nor an ACL injury ending Gerard Deulofeu's season during their best performance of the campaign, stunning Liverpool 3-0 in February.

Under Pearson, Watford have picked up 1.5 points per game with the Spanish winger in the team, barely half that without.

An inability to affect a game became another growing criticism of the manager from fans. Their recent back-to-back wins over Newcastle and Norwich, both from behind, were most noteworthy because the Hornets had conceded first in eight of their previous 10 games, but managed to pick up only a solitary point from them.

Undoubtedly, Pearson's dismissal is harsh and will be treated as such. Keeping Watford in the Premier League appeared a mammoth task when he took the reins, and now with two games to go and a three-point cushion over the bottom three established, he will not get the chance to enjoy the fruits of his labour.

But Pozzo has rarely cared about sentiment. On past form, the Watford chief will already have an oven-ready appointment up his sleeve. However, at the end of an already chaotic season of upheaval at Vicarage Road, that now seems far from guaranteed.

Whoever takes over at Watford, in the process becoming the Hornets' fourth manager since September, may need four points from their first two games to secure Premier League survival. The pressure is well and truly on.

'Watford have a lack of faith in managers' 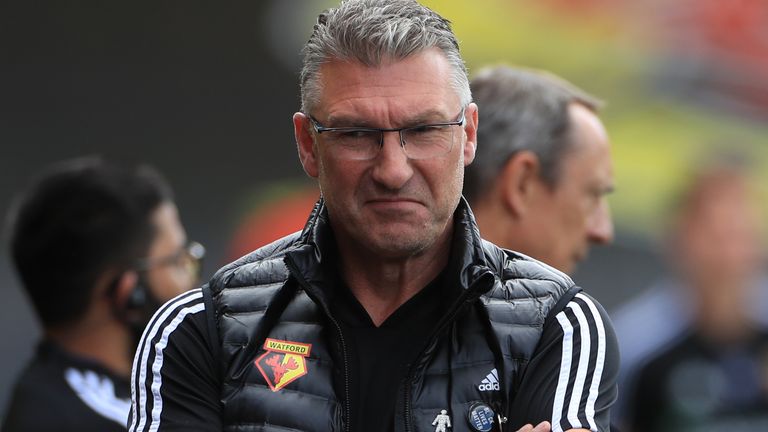 However, fellow Sky Sports pundit Jamie Redknapp is less shocked, stating the club's hierarchy are all too ready to sack managers.

"I think it's a lack of faith [for Watford] in managers full stop. It's their fourth manager this year, and that suggests they've never been happy.

"They are a club that decide to sack managers. I'd like to say I'm surprised but I'm not. That's how they do it. With two games to go it's an incredible decision.

"Maybe the result and the performance against West Ham - alarm bells were ringing, maybe players were talking, they're not happy as well, so they've decided to do something.

"Watford do it like that, they've always sacked managers and are quite comfortable doing it."