Diego Maradona: I am amazed by his recovery, says doctor

Diego Maradona could be released from hospital on Friday after being admitted on Monday, suffering from anaemia and dehydration; he had surgery on Tuesday to treat a subdural hematoma - an accumulation of blood between a membrane and his brain Diego Maradona is in good spirits and could be released from hospital on Friday as he makes an "amazing" recovery following surgery for a brain clot, the Argentina legend's doctor has said.

Dr Leopoldo Luque, who is also Maradona's neurosurgeon, said the 60-year-old had "no neurological damage" and he was "amazed by his recovery".

Maradona was initially admitted to the Ipensa Clinic in La Plata, Argentina on Monday, suffering from anaemia and dehydration.

He was later transferred to the Olivos Clinic in Buenos Aries to undergo surgery on a subdural hematoma - an accumulation of blood between a membrane and his brain, and is now showing signs of improvement.

"Diego joked, made jokes. I'm excited, I'm happy to see him like that," Luque told reporters.

Later on Thursday, Luque said Maradona is likely to stay in hospital one more night.

"Diego, the truth is that his evolution is very good," Luque added. "Today we made a control tomography, which was excellent. We are very happy and he is aiming to leave. 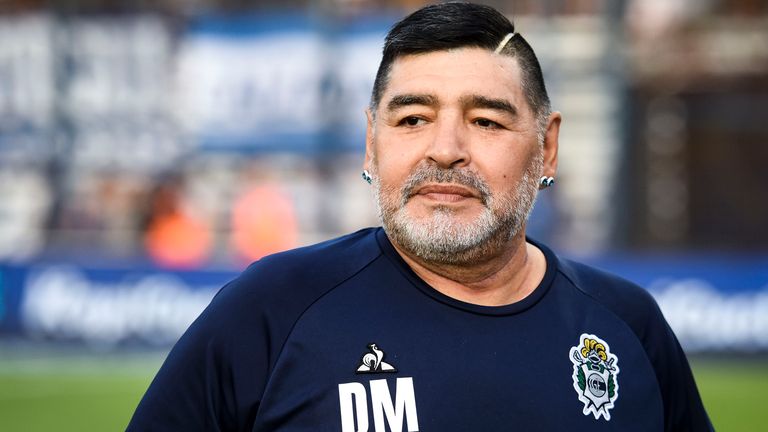 Those comments followed a similarly optimistic assessment by Maradona's lawyer.

Matias Morla said Maradona was in "excellent" condition as he denied speculation that he could go to Venezuela or Cuba to recuperate.

"The last medical report was excellent," he said. "Let's stay strong and we'll get through this."

Maradona has previously expressed his fondness for the two nations, and he spent several years in Cuba undergoing drug rehabilitation at the start of this century.

But Morla said the former Napoli, Barcelona and Boca Juniors player would complete his recovery in Argentina, where he is coach of first division side Gimnasia y Esgrima.

"Venezuela, as well as Cuba, are friendly nations for Diego... but Diego's head is with Gimnasia."

Dozens of Gimnasia fans converged on the hospital, waving flags and holding posters with messages of support as they waited for news.

The latest positive assessment of Maradona's condition follows earlier comments from Luque, where he revealed the surgery had been a success. 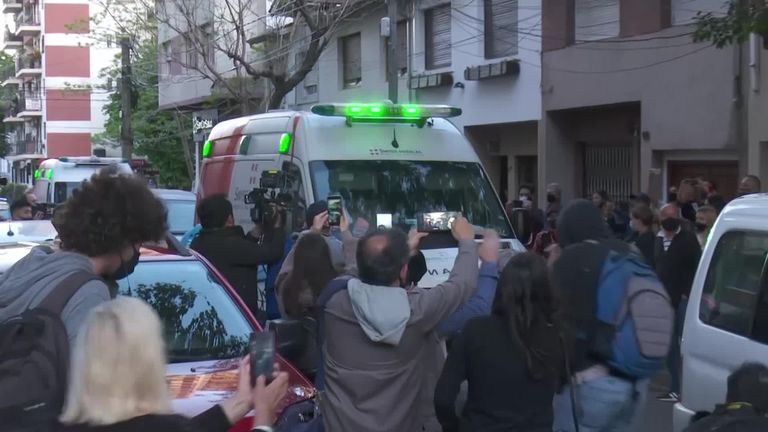 Maradona arrives at the Olivos Clinic ahead of a brain operation, which doctors say has been successful

"We are controlling him. Today we removed the drain. We are in total harmony with the intensive care doctors, who are actually in charge of Diego at this time. We are here to accompany them and help them as much as possible.

"Diego is fine, he is with analgesia. We are trying to make him recover progressively. They are decisions of the therapy doctors, with whom we are in full agreement. We are working together, along the same lines, and Diego has been responding very well.

"He is in a post-operative period and the moods are difficult to assess. However, when we removed the drain today he laughed, looked at me, grabbed my hand, and the first impression is it is favourable, but it is difficult to evaluate.

"Diego's evolution is day by day and in principle today he will be in intensive care as well.

"We are going to see when, in coordination with the doctors, we carry out a control tomography. That will depend on the evolution."

The hematoma was likely to have been caused by an accident, Luque added, although Maradona has said he does not remember the event.

Maradona, who won the World Cup with Argentina in 1986, is widely considered to be one of the greatest players of all time.

He had initially self-isolated after one of his bodyguards displayed symptoms of coronavirus, the country's state-run news agency Telam reported last Tuesday.

Maradona last appeared in public on his 60th birthday last Friday before his side's league match against Patronato. 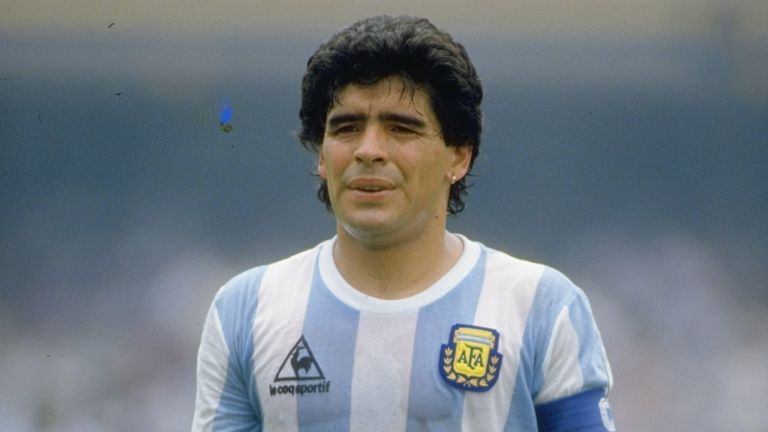 He was gifted a plaque and a cake to celebrate the occasion but he did not stay to watch the game and witnesses said he looked unwell and weak.

Maradona has experienced frequent periods in hospital over the years, often due to the lifestyle that accompanied and followed his playing career.

He was taken into hospital in 2004 with severe heart and respiratory problems linked to cocaine use. 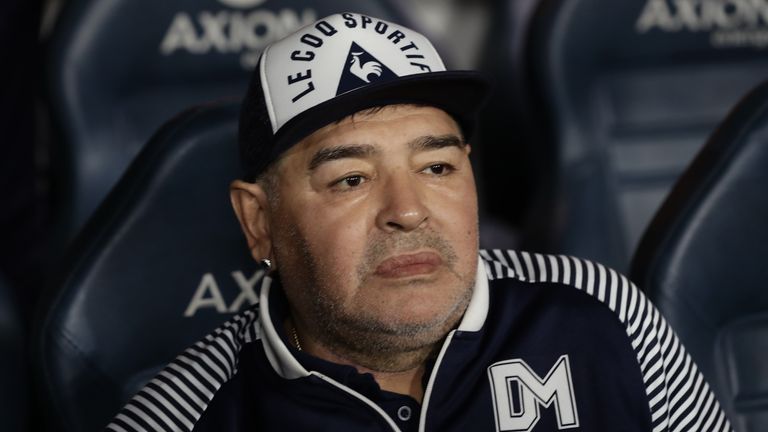 Maradona later underwent a stomach-stapling operation in 2005 that helped him lose weight.

In 2007, he checked himself into a clinic in Buenos Aires to help him overcome alcohol abuse problems.

He also fell ill at the 2018 World Cup in Russia, where he was filmed passing out in an executive box at the Argentina-Nigeria game, and was admitted to hospital in January 2019 with internal bleeding in the stomach.

'Lockdown has not been good for Maradona'

"The situation now is we wait to see how his body copes with the 80-minute surgery to which he was subjected to remove this blood clot.

"If everything goes according to plan, he may be at home within a week and there's even talk he could be back at work with Gimnasia in around a month, but that depends on how Maradona's body copes with the surgery. "Obviously with his medical history there are fears that it won't cope well, so at the moment we can celebrate the fact that the surgery was a success but we still wait with a certain concern to see how his body stands up to this 80-minute process.

"But it seems the lockdown has not been good for him, either physically or psychologically.

"The league in Argentina only returned on Friday and that was a handpicked day to coincide with Maradona's 60th birthday.

"There were reports leading up to that milestone that during the lockdown he hadn't been good either psychically or psychologically, with reports he may have been drinking too much."