Sky Sports exclusive: Everton winger Yannick Bolasie is remaining optimistic about getting his career back on track having been left out of Carlo Ancelotti's 25-man squad; Middlesbrough expressed an interest during summer transfer window

By Alan Myers and Ben Grounds

Yannick Bolasie says he's "alive and kicking" and remains positive about his future despite finding himself on the periphery at Everton.

After taking a road to success at Crystal Palace that wasn't paved with prestigious academy systems but on the streets of north London, it's the only way of being he knows.

Bolasie was renowned for his bewitching skills and dribbling technique at the peak of his powers - Liverpool supporters will most certainly attest to that. Steven Gerrard's farewell at Anfield in May 2015 was overshadowed by the winger's superb display that had members of the Kop applauding him off.

While his subsequent move to Everton over four years ago has failed to reach the heights of his time at Selhurst Park, Bolasie has been redoubling his efforts to get his career back on track.

Middlesbrough attempted to complete a loan move to the Riverside last month before the deal broke down, but manager Neil Warnock has already expressed a desire to renew talks in January.

'I've always thrived when backed into a corner' 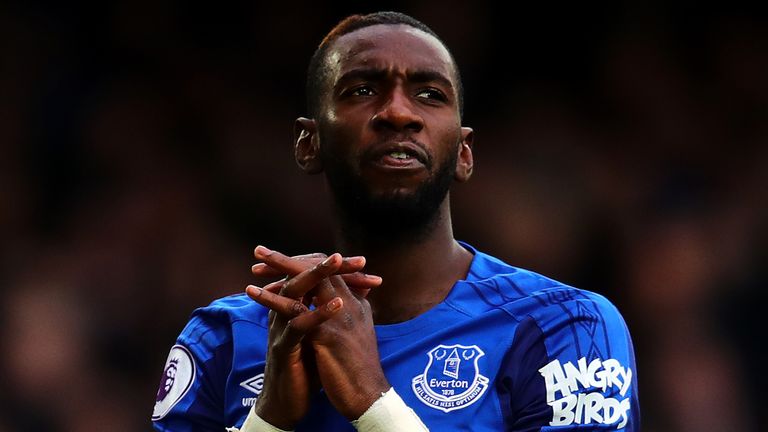 Following three loan spells - at Aston Villa, Anderlecht and most recently Sporting Lisbon - the player was left out of Carlo Ancelotti's 25-man Premier League squad last month, but that has not disheartened the winger as he sits down to speak exclusively to Sky Sports.

"It was disappointing," Bolasie says when reflecting on his omission. "I continue to keep working and to play and train to the best of my ability. That's what I'm doing right now.

"I'm not counting myself out, and I believe that eventually my talent will come out - wherever it's with and wherever I am. I believe in what I'm doing, and I feel I'm doing myself justice.

"The way to stay positive is to always look for ways in which you can improve. What total distance can I get through in a week or in a session? Can I beat it next week? That's what motivates me still. This helps me stay ready in so many ways."

Bolasie's own journey within the game charts all the way back to his time playing on his old estate in Willesden before a spell with non-League Hillingdon Borough.

His thirst to make it as a professional took him to Floriana FC in Malta, then to Plymouth, with loan spells at Rushden and Diamonds and Barnet as well as a season at Bristol City before making the move to Palace in 2012.

"Whenever I've been backed into a corner, I've always thrived," he adds. "I believe that whatever happens, I will come out stronger and will show everyone what I can still do. Even if there's just that one per cent chance of a move, I'm alive and kicking."

Off the pitch, Bolasie's 'Take the Stage' challenge has been endorsed by Tammy Abraham, Jack Grealish and Mario Balotelli among others on Instagram, keeping the next generation of talent busy during these unprecedented times.

Young footballers have been given the chance to win weekly prizes such as an exclusive pair of boots courtesy of the winger through showcasing their skills in 90-second reels, and following the success of that initiative, Bolasie extended his generosity to putting on free coaching classes.

"It's something I've always been into," he says. "I've been doing it throughout lockdown with Instagram Lives and it's a thing that I wanted to carry on. It's hard with time given that I'm training every day, but I've had around 300 parents of children bouncing back from when I first posted about it showing their interest.

"After seeing the response to 'Take the Stage' I thought I might as well do something else to help extend it further. It's all about making kids feel great about themselves. 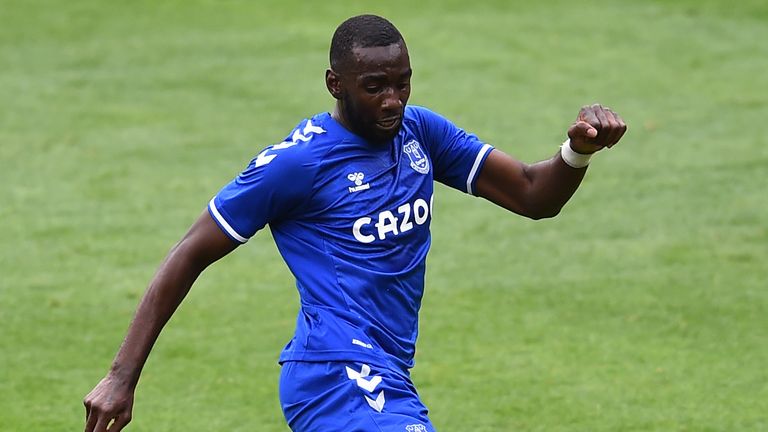 Yannick Bolasie talks about his new 'Take the Stage' initiative, where he watches kids on social media doing their best football tricks in 90 seconds.

"I understand how difficult it is for parents as I've got my little ones as well, who right now have only just got back into the routine of going to school and being taken to football so I can imagine how going back into lockdown will be causing a lot of headaches among young children.

"I wasn't in an academy when I was younger, so I enjoy teaching the kind of drills I taught myself. I've been lucky enough to get to where I am today, but I always like teaching skills and it's stayed with me all the way through my career. Allowing kids to feel the same now is what makes me happy."

Bolasie was born in Lyon, but he is pretty much homegrown, having lived in London since he was seven months old. In 2013, he opted to represent his parents' country, the Democratic Republic of Congo, and the 31-year-old admits grassroots football is responsible for making him the player he is today, aware that not every child is afforded the luxury of being able to play organised sport.

"In the estate I grew up in, I had between 40 and 60 people playing football," he continues.

"In our estate, the park wasn't big, but out of all those people playing there's only around three or four of them who are going to get coached or will actually play grassroots football. There are so many people who don't have the platform."

With non-elite football again paused, Bolasie is aware of his role in helping children to thrive and keep active at a time when they themselves have been backed into a corner. It's just the way Yannick would naturally have it.