As Stonewall marks five years since the relaunch of Rainbow Laces, backed by Sky Sports as a member of TeamPride, the LGBT+ equality charity's associate director of campaigns Robbie de Santos discusses the inclusion initiative's impact and the importance of engagement from across sport

Robbie de Santos is the associate director of campaigns at the LGBT+ equality charity Stonewall, which runs the Rainbow Laces campaign, supported by Sky Sports as a member of TeamPride.

For five years now, we at Stonewall have been proud to run Rainbow Laces - one of the biggest shows of support for LGBT+ people in sport.

When we first started the campaign, we asked people to lace up to raise awareness of LGBT+ equality in football. Since then, the campaign has grown phenomenally and is no longer purely focused on football.

We've expanded our focus to look at how sport can be a vehicle to change social attitude and behaviour. What makes sport so special is its unique power to bring people from all walks of life together. It is that power that we've tapped into to turn a pair of shoelaces into a symbolic display of solidarity for LGBT+ people in sport. Hundreds of thousands of people lace up and show their support each year.

When Rainbow Laces began, there were very few constructive discussions about LGBT+ people in football, and in sport more generally. We needed to find a way to open up the conversation.

We knew that attitudes needed to change, but that there would also be no easy fix or quick solution. The reasons for the lack of LGBT+ inclusion in sport are complex. There is no 10-point charter or pledge that would prevent a person from shouting anti-LGBT+ abuse from the stands, on the pitch, in the changing rooms, or online.

The high-profile support of leading leagues and clubs is a vital part of the campaign. When the Premier League or Manchester United communicate their support and share stories of LGBT+ people from their communities to hundreds of millions of fans across the world, it makes a big difference.

It shows that LGBT+ people are part of the football community and deserve to be there. This visibility is vital to creating an environment in which attitude and behaviour change in stadiums, on the pitch, and online.

Rainbow Laces is also about change on the ground, and has involved lots of community-led training, empowerment and support to change behaviour. During last year's campaign (in a time before COVID, of course), the Football Association distributed 21,500 laces and 1,250 captain's armbands across every single County FA, with each area leading powerful community Rainbow Laces activities to build understanding and change behaviour.

Rainbow Laces is also supported by a significant training programme for community coaches with the Premier League and in rugby union in partnership with England Rugby and Comic Relief, who are then empowered to deliver training for other coaches in their community and run LGBT+-inclusive activities. In the coming few months, we're excited to be developing on-the-ground training to support LGBT+ inclusion with leading Sport for Development organisations.

Rainbow Laces is reaching millions of people - and it is changing attitudes and behaviour. Just last year, 12 million people in Britain could recall the campaign, including a massive 35 per cent of sports fans.

Consequently, after seeing the campaign, nearly two thirds of sports fans (62 per cent) considered that they have a responsibility to stick up for LGBT+ fans, compared to only 48 per cent of those who didn't see the campaign. In the last few years, we've seen a steady rise in the proportion of sports fans (from 41 per cent to 46 per cent) who consider that they would be more likely to challenge anti-LGBT+ language at live sporting fixtures after seeing the campaign. 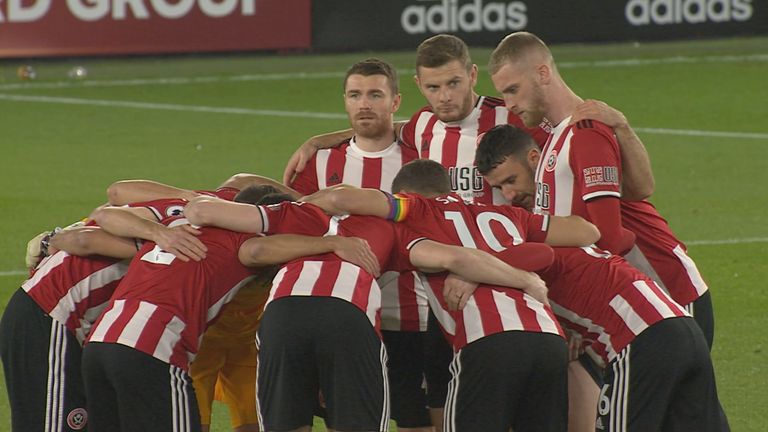 Perhaps even more importantly, our research has found that in 2019, almost two-thirds of the British public (65 per cent) believe it is important anti-LGBT+ language and abuse should be challenged at live sporting events. In 2018, this figure sat at just over half of Brits (58 per cent). This steady rise in people wanting to help LGBT+ people feel included in sport highlights how attitudes are shifting, both on and off the pitch - and Rainbow Laces is a crucial part of driving this change.

Every year, the popularity of Rainbow Laces grows, and we see sports from horse racing to judo and clubs of all levels wanting to take part. It goes far beyond the elite level games - thousands of grassroots clubs have had Rainbow Laces community matches, and continue to do so.

The growth of Rainbow Laces has also been a catalyst for more strategic and systemic change. For organisations, leagues and clubs, support in a visible way opens up conversations on how they can bring about a more inclusive culture at every level they operate.

We want more sports and grassroots organisations to get involved in Rainbow Laces. Working at a community level is essential to changing attitudes and behaviour so that every sports community welcomes and supports LGBT+ people.

The tide is turning, but there's always more to be done to ensure that no-one is left behind. It's sport's collective responsibility to make change happen - and Stonewall is ready to help sport take that step.