Jamie Vardy scored a first-half penalty after Serge Aurier's foul on Wesley Fofana, before Toby Alderweireld's own goal sealed a 2-0 win for Leicester at Tottenham. Spurs now down to fifth in the Premier League. 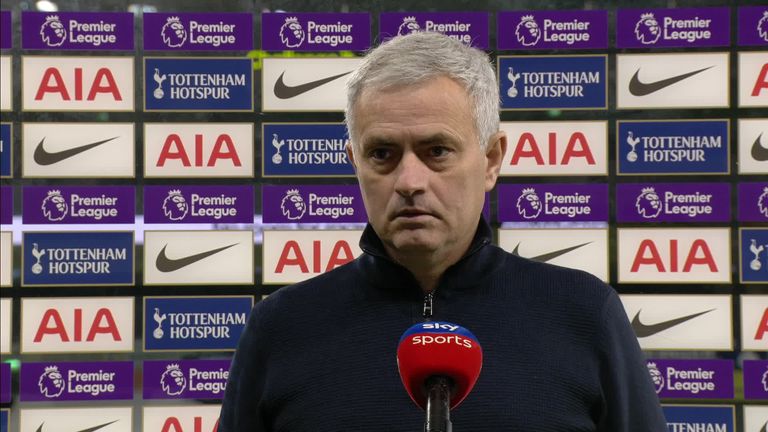 Jose Mourinho does not believe Leicester were superior to his side and calls Serge Aurier’s challenge that resulted in a penalty, calling it a 'mistake' rather than a 'moment of madness.'

Jose Mourinho labelled Serge Aurier's foul for Leicester's penalty as a 'mistake' but that the attitude of other Tottenham players in the 2-0 defeat also concerned him.

Aurier barged into the back of Wesley Fofana in first-half stoppage time to allow Jamie Vardy to score from the spot and Toby Alderweireld's own goal after the break sealed the win for Brendan Rodgers' side, who go second.

Mourinho was frustrated by a slow start from his side - which he says may have been a hangover from the midweek defeat at Liverpool - but refused to be too critical of his full-back after his foul, which Sky Sports pundit Roy Keane described as "utter madness", set Leicester on course for victory.

"We didn't start well. I could go on the individuals but I don't," he told Sky Sports. "But in our best period in the first half when we were totally in control and had a couple of good chances to score, expecting to go in 0-0 you go with 1-0 down. 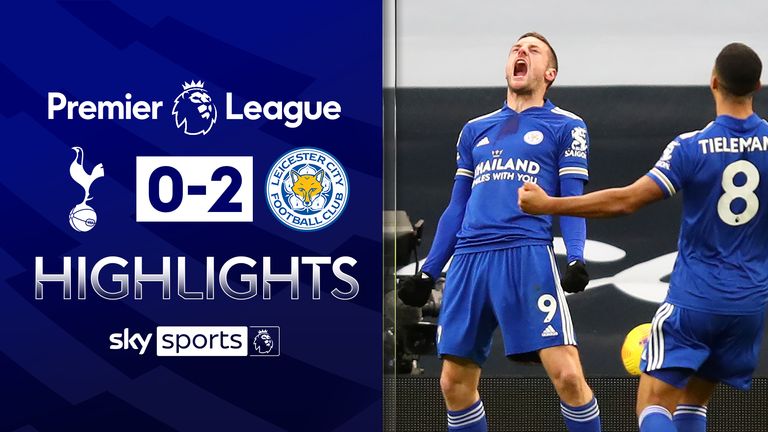 "Then in the second half we score in our own goal when we had possession and we were in more creation. That was difficult. The reaction was positive.

"Schmeichel made a couple of important saves but in the end it's the game we lose with the penalty and the own goal and it looks like, with the result, the opponent was totally in control or better than us but that was not the reality.

"Our performance was not good but it was not like they deserved to win, or we deserved to lose. It was a poor game."

He added in his post-match press conference: "The penalty is not a penalty created, it's a penalty we commit. It's not something that comes in the sequence of something great. And for me it comes completely unrelated of the context at the time. At the time was our best period in the first half.

We start bad. The first, let's say, 20 minutes was a poor performance, some empty spots in terms of pressing, attitude, recovering the ball, I didn't like at all.

"We start bad. The first, let's say, 20 minutes was a poor performance, some empty spots in terms of pressing, attitude, recovering the ball, I didn't like at all.

"But then during the first half we changed, we adapt the positions especially in midfield, the team improved a lot, we had a period of domination, we had a couple of good chances and then the penalty, which for me is out of context of the game at that moment.

Aurier has now given away four penalties in the Premier League, only Arsenal's David Luiz has given away more. However, Mourinho avoided being drawn on whether it is a persistent problem for the defender and instead described Sunday's foul as "a mistake".

"I would describe it as a mistake. Not a moment of madness," said Mourinho.

"I have to admit you have to know where you are, that you are inside of the box, the player goes away from your own goal without any kind of danger. I would describe it as a mistake.

"Did this mistake cost us the three points? I think it's unfair to say that. If I had to go on individuals I could go on other individuals where the attitude is not what I like, so I have to be honest in my analysis of Serge. It's a mistake but that's it."

After drawing with Crystal Palace last weekend, and losing to Liverpool and Leicester, it has been a bad week for Tottenham, who are now down to fifth in the Premier League.

"It's not a good week in terms of results," accepted Mourinho. "We could be here as the ones that broke Liverpool's record at Anfield and go into this game from the high of this level of confidence and happiness.

"I have to admit we started this game from the low of that disappointment of not getting what you deserve in that match but Leicester also lost in the past match and they came with a positive attitude which we didn't start with. And then after that it was a game which could go in both directions. It was a game we lose with a penalty and own goal."

Rodgers: We had everything Leicester manager Brendan Rodgers says his side has learned a lot since they last played at Tottenham and feels his side controlled the game in their 2-0 win.

In contrast, Leicester boss Rodgers was convinced his side were deserved winners and was delighted with the performance.

"We had everything," he said. "I thought in the first half we really controlled the game, with and without the ball. We denied them any counter attacks, where they're very strong. We played with confidence and a nice rhythm in our game. We looked a really good side and deserved to be in front.

"Second half we controlled the game without the ball, but still looked a real threat, had the confidence to play and actually with a better final pass and a wee bit more finesse we might have scored a bit more. It was unfortunate with the goal disallowed as well, the thickness of a line on the telly, but over the course of the game we were outstanding and it was a very good win for us."