Jamie Carragher to sponsor Marine's dugouts and pre-match warm-up tops for FA Cup third round tie against Spurs through his charity, the JC23 Foundation; The Merseyside club have lost around £100,000 in potential revenue after game went behind closed doors

Jamie Carragher has stepped in to sponsor Marine FC for their FA Cup tie with Tottenham on Sunday.

The Sky Sports pundit, who has been a regular visitor to Marine over recent seasons, will sponsor the club's dugouts and pre-match warm-up tops through his charity, the JC23 Foundation, after a previous sponsor pulled out at short notice.

The JC23 Foundation helps over 1,000 good causes each year including sick, disabled and disadvantaged children as well as other community organisations.

Marine chairman Paul Leary said "We are indebted to Jamie and the JC23 Foundation for their support in this magical game for Marine.

"The JC23 Foundation do magnificent work in helping young people not just in Liverpool but right across the world. We are proud to partner with them on this special occasion." 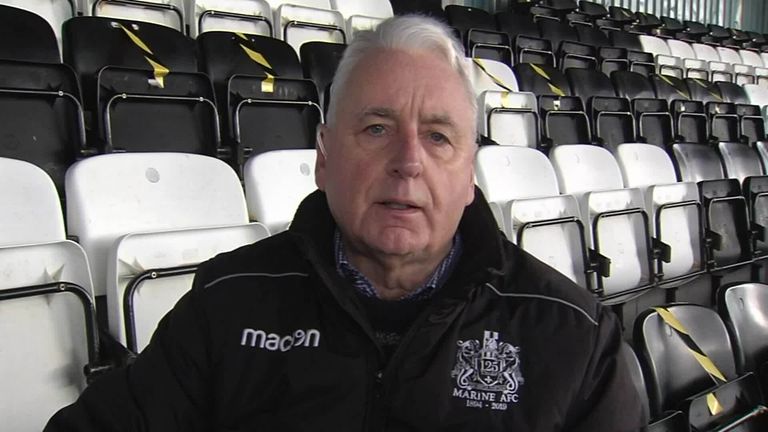 Last week Marine chairman Paul Leary said the club have lost around £25,000 in sponsorship after their FA Cup tie against Spurs was moved behind closed doors

Marine said they have lost around £100,000 in potential revenue after their third-round tie against Spurs was moved behind closed doors.

The Northern Premier League Division One side had hoped to be able to welcome 500 supporters but coronavirus restrictions means fans are no longer permitted to attend matches.

Marine described it as a "disastrous blow" and launched a virtual ticket raffle to try and raise some much-needed funds.