Transfer Talk podcast: Houssem Aouar would be 'special' for Arsenal

Arsenal are on the hunt for an attacking midfielder but should they wait to try again for "special" Houssem Aouar or take the plunge in January?

The Gunners' sporting director Edu told a fans' forum in December that it was "clear" Mikel Arteta's side needed "creativity in the middle".

Arsenal came close to signing Lyon's Houssem Aouar during the summer transfer window but their failure to complete a deal for the Frenchman, along with Mesut Ozil's exile, has left Arteta short of options in the central attacking midfield spot.

But he questioned whether Arteta, after a topsy-turvy season during which Arsenal's creative output has been the worst among the Premier League's 'big six', can afford to wait until the summer for another go at luring the Lyon player.

"Arsenal tried for Houssem Aouar in the summer - they made one offer; they could have gone back but instead they went for Thomas Partey," Laurens said.

"Aouar won't move in January. He's been fantastic and they [Lyon] have a big chance to win the title this season.

"He will be available in the summer - he still wants to leave and join a bigger league - but can Arsenal really wait until the summer to get that creative player?

"Do you wait for Aouar or do you go for an Emi Buendia?

"He would be cheaper and he's a slightly different profile but he knows the culture of the league.

"Then there's Marcel Sabitzer who is not maybe as creative as Buendia or Aouar as a pure No 10 with technical skills, but brings you box-to-box energy and is very versatile.

"But Aouar would be huge in that Arsenal team - he would bring something a bit special."

Sheth says the club's focus remains on outgoings, with loan deals already sanctioned for Sead Kolasinac at Schalke and William Saliba with Nice.

"The priority is to send players on loan and streamline his squad," Sheth said.

"Outgoings could pave the way to strengthen the creative midfield area that Edu has spoken about. But there's an acceptance that doing a deal in January in normal circumstances is difficult - and in the middle of a pandemic it is very difficult."

'Arsenal, Ozil not on same page - but Fenerbahce most likely option' 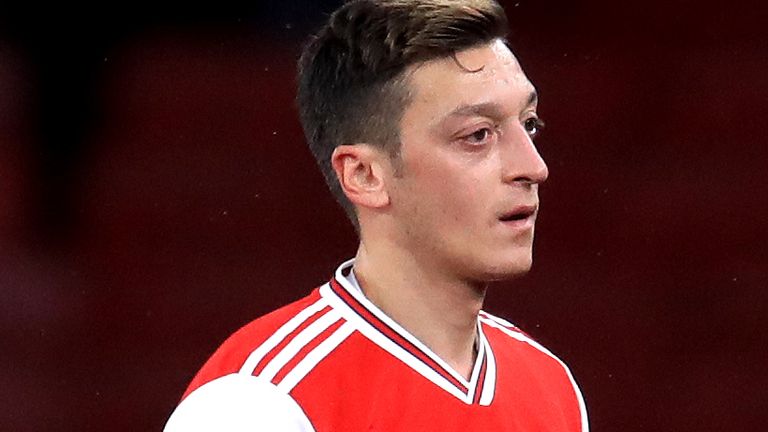 Mesut Ozil could yet follow Kolasinac and Saliba out of the Emirates, with Arteta confirming the player could leave this month if the deal was right for all parties.

Ozil's representatives are in talks with a number of clubs, including Fenerbahce and DC United - although the player's priority is to see out his Arsenal contract until the summer - and Arteta has also not ruled out that possibility.

The 32-year-old, not registered by the Gunners for the first half of the Premier League season, has yet to be included in a matchday squad in any competition this season despite being one of the club's highest earners and is free to talk to clubs this month with his current Arsenal deal expiring at the end of the season. 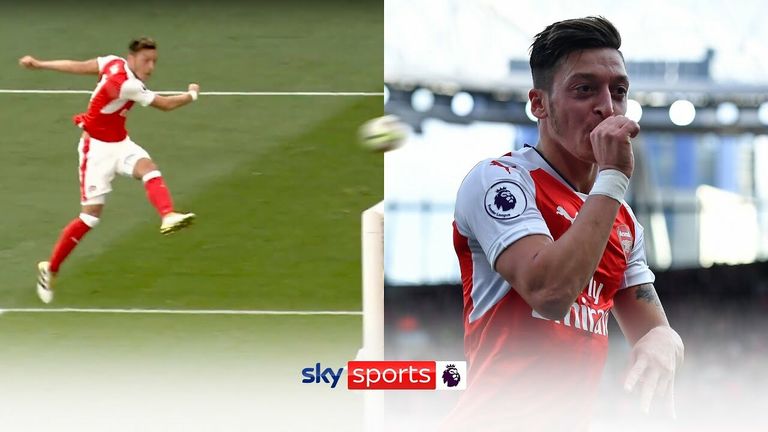 With Ozil's Arsenal future in doubt, we look back at some of his best goals in the Premier League

"Ozil's agent says he's been speaking to a number of clubs but maintains Ozil's priority is to see out the remaining six months of his contract. That's something Arsenal wouldn't want to see happen," Sheth said.

"There have been discussions with DC United but Fenerbahce has emerged as his likely destination. He has strong links in Turkey, he's very popular there, his wife has Turkish roots, he's very friendly with the Fenerbahce president.

"From the outside it doesn't appear Arsenal and Ozil are on the same page. Arsenal would prefer him gone this month; Ozil - publicly at least and whether you believe that or not - wants to stay and play for Arsenal again.

"If he was to be welcomed back into the team, it would represent a U-turn of epic proportions as far as Arteta is concerned.

"For Ozil to go in January, the only realistic move is Fenerbahce but the Turkish club would need help to pay off the £350k wage a week he's on until the summer. Or if Ozil was to take a huge wage cut..."

Arsenal had been touted as relegation candidates after a run of seven Premier League games without a win across November and December but a recent resurgence of three straight league wins and two successive clean sheets has raised the mood and lifted them to 11th in the table.

Sheth believes the performances of youngsters like Buyako Saka and Emile Smith Rowe have provided "green shoots" and says a September change in Arteta's job title was further evidence of club chiefs viewing the Spaniard as a "long-term" appointment.

"Arsenal have made Mikel Arteta their long-term project," he told Transfer Talk.

"They've streamlined the hierarchy and given him more responsibility. He's effectively been given a promotion from head coach to first-team manager, working alongside Edu and chief executive Vinai Venkatesham on recruitment.

"I don't think Arsenal therefore are going to be short-term about this.

"They believe in him and, in the last few weeks at least, there are green shoots: with the youngsters and with the Ozil saga if they can sort that out this month.

"Small steps are being made behind the scenes and on the pitch but Arteta is their long-term choice."