The 26-year-old forward has joined the Dutch champions for £20.2m - less than half the £45m West Ham paid Eintracht Frankfurt in the summer of 2019; West Ham boss admits the club were not quite ready to find a replacement in this window; Haller admits to struggling at the London Stadium.

West Ham United boss David Moyes has admitted Sebastien Haller’s move to Ajax was never planned but the offer was too good to turn down.

The 26-year-old forward has joined the Dutch champions for £20.2m - less than half the £45m West Ham paid Eintracht Frankfurt in the summer of 2019.

And despite Haller struggling to adapt to the Premier League, scoring just 10 goals in 48 appearances, a deal was still very much unexpected with Moyes admitting it means the Hammers are not quite ready to find a replacement.

"We got an offer we weren't expecting, it certainly wasn't planned to lose Seb (Haller) in this window," admitted Moyes.

"He has been great for us because he has won us a few games recently but I think it's a really good move for him.

"It's an offer that if maybe we didn't (agree) now, it wouldn't come up again so we just felt it was the right thing to do.

"We've now created room to bring players in - are we ready for that? Not really, but we'll do what we can and bring in what we think are the right players."

Haller: It wasn't the best part of my career

Dutch league leaders Ajax announced Haller's signing on Friday in a deal that will keep him at the club until June 2025.

The transfer also reunites the forward with Eric ten Hag, his former coach at Eredivisie team FC Utrecht, where he played for two and a half years.

And while acknowledging the move came as a surprise, Haller also admitted his struggles at the London Stadium.

"I didn't expect to come back to Holland that soon," Haller said. "We did the thing (deal) quite fast. It was fast because we know each other.

"It was not like it was someone new, or a new club or everything. Everyone around me knew Ajax, I already knew the coach so I think that makes things easier that why we could go fast."

"It was not the best part of my career (at West Ham) - I struggled to adapt myself to the team and the system.

"So we see in both ways an opportunity to make the things better for everyone, so it was good, the timing and everything was perfect." 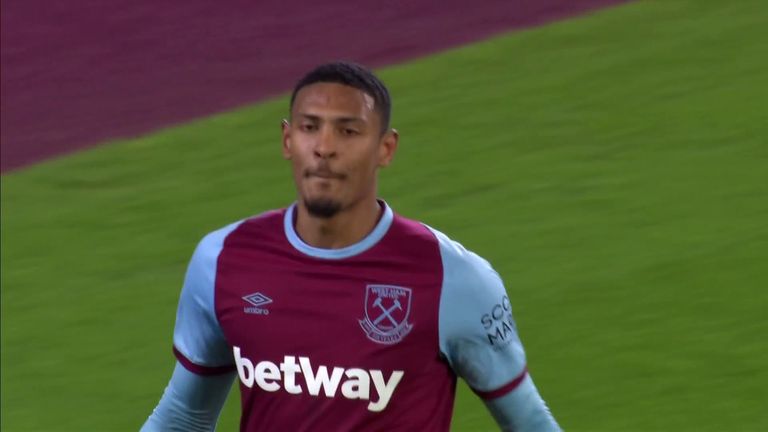 'Haller not the right fit for West Ham'

"So why were West Ham willing to sell Haller? The short answer is, he is not the right player for David Moyes and West Ham. Moyes wants a striker who can play up front on his own, somebody who will bust his gut for the club for 95 minutes every single game. And Haller is not that type of player.

"He had that incredible season at Frankfurt where he scored a lot of goals, but he was playing up front with Luka Jovic and Ante Rebic and he needs other forwards around him.

"That is not the way Moyes plays, so it is a good move for West Ham and Haller. Moyes thinks he can do better and take that money they are getting for selling Haller - although it will be paid in instalments - and bring in a striker who is better suited to the way he wants to play and who can provide support for Michail Antonio."