Transfer expert Fabrizio Romano will be appearing on Sky Sports News' 'Transfer Talk' every Monday through January; in his third appearance he provides an update on Christian Eriksen's possible return to Tottenham and Paris Saint-Germain's pursuit of Dele Alli

Transfer expert Fabrizio Romano provides an update on Christian Eriksen's possible return to Tottenham and Paris Saint-Germain's pursuit of Dele Alli as part of a regular feature for the January transfer window. Inter are asking Tottenham to pay a fee for his loan if he joins, just because they paid 20 million euros one year ago to sign him when his contract was going to expire in six months.

I am sure they will try in the coming days but at the moment the situation is not so easy, and also other clubs from the Premier League are talking with people around the player. Dele Alli is pushing also because he wants to leave Tottenham. He respects the club, the manager, the owner, everyone at the club, but he just wants to play and he's not playing for Tottenham in this moment. 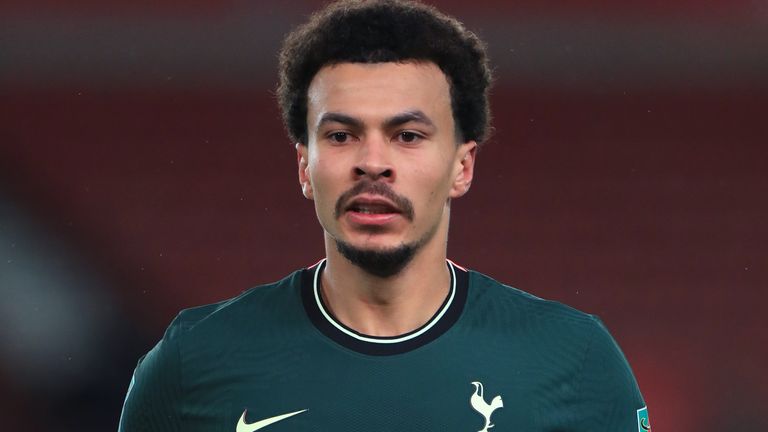 Sky Sports News' Paul Gilmour says Paris Saint-Germain would like to reunite Dele Alli and Mauricio Pochettino at the Parc des Princes, with the midfielder currently out of favour at Tottenham

Mauricio Pochettino would love to get him back so that's why they are pushing and they hope in the coming days to change the situation with Daniel Levy.

At the moment Daniel Levy does not want to let Alli go, but Alli's pushing and Paris Saint-Germain are going to try again in the coming days.

I think this deal will be completed tomorrow [Tuesday]. It is really, really close, it's just a matter of details. It will be a loan with a buy option.

We are talking about a good talent and Frank Lampard loves him, but he was not playing. At the moment AC Milan are asking for a buy option, but the buy option will be for 30 million euros and it will be really difficult for AC Milan next summer to pay this fee.

If Tomori does well then obviously they will do it, but at the moment it's nothing sure, so we consider this as a loan deal and then AC Milan will decide in the summer.

The player wants to go. He wants to play, he's a young player and he's a talented player.

Keep an eye on: Moises Caicedo

I think it will be interesting to see what's going on with Moises Caicedo, just because we know he was close to joining Manchester United, then they decided not to make an official bid.

Brighton and Newcastle are in the race, Brighton are really close but there is the issue of the work permit to resolve in the coming days.

We also had rumours about Chelsea but they are not working at this moment on Caicedo. We will see if Manchester United will be back - probably in the next months if he does not sign with any club right now.