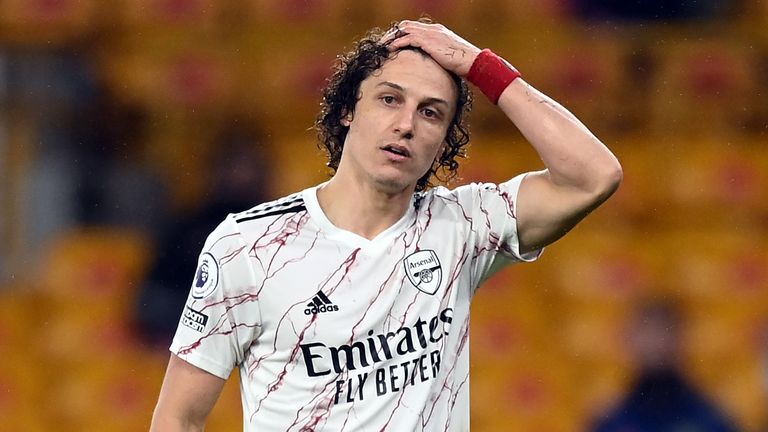 Mikel Arteta confirmed Arsenal would consider an appeal against David Luiz's red card after his game-changing dismissal in the defeat at Wolves.

Luiz was sent off for the third time in Arsenal colours after being adjudged to have committed a last-man challenge in first-half stoppage-time on the Wolves striker Willian Jose by referee Craig Pawson.

Contact appeared to be minimal, but the decision was upheld by VAR Jon Moss and the dismissal was compounded when Ruben Neves converted the resulting penalty to erase Nicolas Pepe's opener at Molineux. 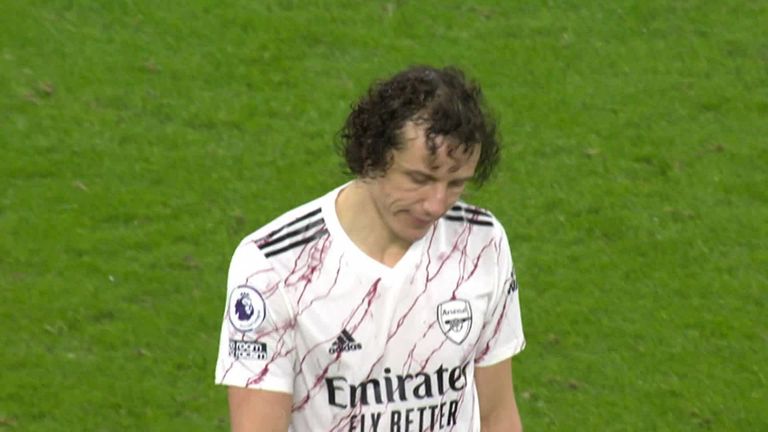 David Luiz was sent off for the third time in an Arsenal shirt for bringing down Willian Jose .

Joao Moutinho's stunning second-half effort fired Wolves to a 2-1 victory over the Gunners, who ended the game with nine men after goalkeeper Bernd Leno was sent off for handling the ball outside his area.

"Sat here, I would say yes, let's go straight away," Arteta said. "But we have to speak with legal and the club and make the decision what the best thing to do is.

"I don't want to think that [the decision was made on David Luiz's reputation]. I'm sure they made the decision based on seeing something. I was expecting to see something but didn't see anything. 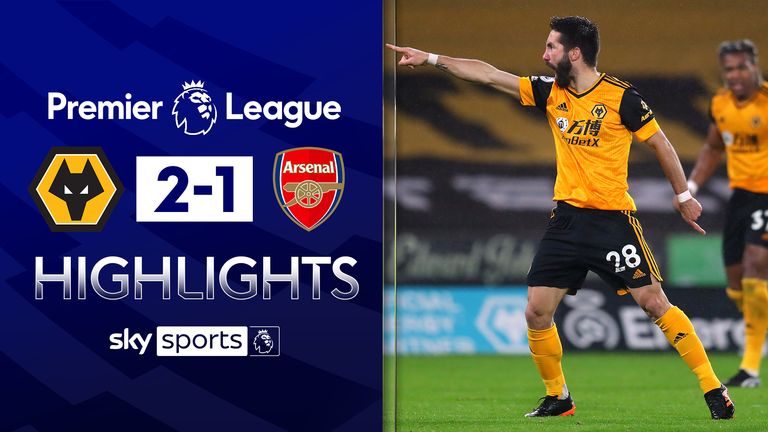 FREE TO WATCH: Highlights from Wolves' win against Arsenal in the Premier League

"It was a big decision. If the officials got it right, and can justify they got it right, I will put my hand up and apologise. But I didn't see any contact and that is really frustrating because it was a big moment in the game.

"The way we lost the game is where it really hurts, it's painful, but I have to take the positives. We didn't concede any chances but Moutinho scored a 'worldie' and it's 2-1. Bernd comes out and hits the ball with his hand, it's a clear red card and we're down to nine players and it's almost impossible to win." 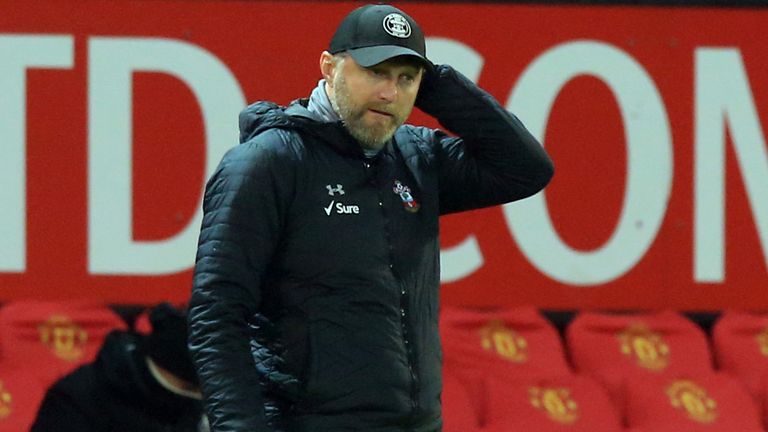 Southampton manager Ralph Hasenhuttl says his side's 9-0 defeat to Manchester United 'hurts even more' than when they lost by the same scoreline to Leicester last season.

Southampton manager Ralph Hasenhuttl was on the receiving end of a similarly contentious decision as Jan Bednarek was sent off, after a lengthy VAR review, in the 9-0 defeat against Manchester United.

Speaking in his post-match press conference, the Saints boss revealed he had discussed Luiz's red card incident with the referee at Old Trafford, Mike Dean ahead of kick-off, before calling for the law to be reviewed after Bednarek's suffered the same fate.

"Funnily enough I had a discussion with the referees before the game, asking them about the Luiz sending off, because I don't think he should have been sent off either," Hasenhuttl said.

Arsenal dominated the first half and Bukayo Saka shot against a post after just 36 seconds before having a ninth-minute goal ruled out by VAR when Alexandre Lacazette had strayed offside.

Pepe hit the bar before opening the scoring after 32 minutes when he outmuscled Nelson Semedo and curled in, and the Gunners looked on course for victory only for the game to turn in first-half stoppage time when Luiz was dismissed.

Wolves then won it four minutes into the second half when Moutinho's brilliant 30-yard strike cannoned in off a post. Arsenal had no response and their night got worse when Leno's red card left them two men light.

A first victory of 2021 saw Wolves do the double over Arsenal for the first time since 1978/79, and head coach Nuno Espirito Santo hoped the victory sparked a revival from his side.

"It's a very welcome win. It means a lot, we have been in a tough moment," the Portuguese said. "The beginning of the game was very difficult and Arsenal were playing very good football.

"Everything changes with the penalty, the dynamic of the game changes there. I think the referee doesn't have any other option in both situations. The goal is amazing, for Joao he is such a talented player and he deserves this moment.

"All achievements are good and we have done many beautiful things in past seasons and we want to emulate them again.

"The standards are very high and we have to chase them. We cannot allow ourselves to ever put our heads down. I will not allow our players to stop believing in themselves."