"Mine, and my coaching staff's methods, are second to nobody in the world"; Jose Mourinho issues bullish defence of coaching methods after Spurs' defeat at West Ham confirms worst run of form in his managerial career; David Moyes daring to dream after derby win moves Hammers into fourth Jose Mourinho delivered a bullish defence of his coaching methods after defeat at West Ham confirmed the worst run of form in the Tottenham boss' managerial career.

Spurs saw a second-half fightback fall short at the London Stadium, hitting the woodwork twice as West Ham held on for a 2-1 victory which condemned their rivals to a fifth Premier League defeat in six.

The defeat means Mourinho has managed to secure just 81 points from 50 league games in charge of Tottenham - his lowest total at this stage of any of his managerial stints.

However, asked whether Spurs' recent run had prompted him to doubt his philosophy, the Portuguese issued a firm rebuttal.

"No, not at all. Not at all. Zero," Mourinho said. "Sometimes results are a consequence of multiple situations in football.

"Mine, and my coaching staff's methods, are second to nobody in the world." 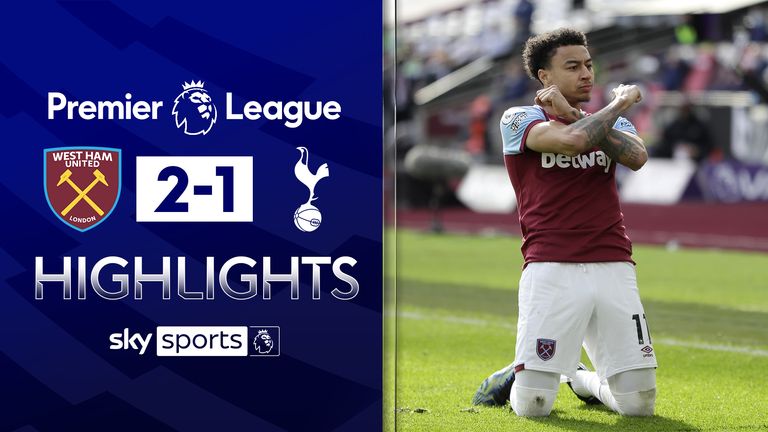 FREE TO WATCH: Highlights from West Ham’s win over Tottenham in the Premier League

Mourinho was equally dismissive of suggestions that Tottenham were in crisis, adding: "I don't know what you mean by crisis.

"If crisis is frustration and sadness in the dressing room, I would say so, because nobody is happy, we all showed that in this game.

"When a team fights the way we did until the last second trying to get a different result, it is never a group in crisis. Groups are in crisis when you are not together in the search for better results than you have.

"So I wouldn't say crisis, I would say a really bad run of results. That is obvious. We are losing too many matches."

Spurs' latest setback - sealed by early goals in each half by Michail Antonio and Jesse Lingard - leaves them languishing in ninth in the Premier League, nine points adrift of the fourth-placed Hammers and with perhaps an insurmountable gap to bridge in the race for Champions League qualification.

Mourinho refused to concede Tottenham's chances of finishing in the top four while they were still possible, but admitted winning the Europa League could represent a more viable route into the Champions League.

"Of course, our team has problems and the problems are reflected in results and with points. But I also believe a little bit of that luck needed in football to win matches has to be back, and if that comes back things will be different.

"You hit the post and it goes inside or outside, the VAR decisions many times - not specifically today but many times - are controversial or decisions by an inch. Sometimes you need luck to go in your favour.

"I believe if this team wins a couple of games in a row, the situation can change, and we can fight for top four. Nine points now is difficult, but in football it is possible. West Ham boss David Moyes praised his side's performance after their 2-1 win against Tottenham in the Premier League, and he singled out Tomas Soucek and Jesse Lingard for special praise.

By contrast, West Ham's victory secured their highest points tally at this stage of a Premier League season.

Manager David Moyes is thrilled with the Hammers' progress and is daring to dream where it could take them come May.

"To win this one today was really important because of the games we have got coming up," he said. "I said a few weeks ago if we could hang in there, we could look at it further down the line.

"We are really excited by it because this time last year we were worried sick because we were going to get relegated. So we are thrilled with it.

"But the thing for me is that we can play much better than we are, and that is what excites me because there is more to come. We are ahead of our station at this moment in time. We have done half the job, let's see if we can finish the second half.

"Where does it take us? I am really hoping we can get into one of the European competitions but if it doesn't and we finish outside it, I think it would be hard to say the players have not had a good year."