Richard Masters: "You will see for the rest of this season more anti-racism messages on player's shirts and the continuation of taking the knee until the end of the season. It has never been an instruction, it has always been a personal choice." 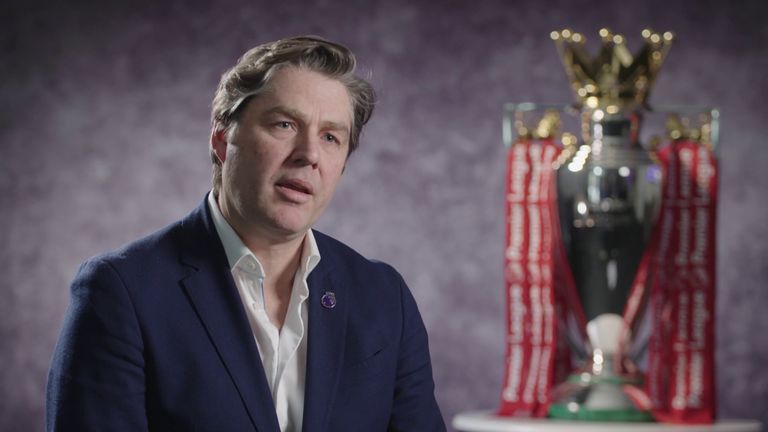 Premier League chief executive Richard Masters has revealed that players will continue to take a knee until the end of the season as the 'No Room for Racism' campaign continues to try and seek positive changes in football and in society as a whole.

In the most challenging year since it began in 1992, the Premier League had to respond to public anger over the killing of George Floyd in the USA, while also dealing with the effects of the coronavirus pandemic.

In a wide-ranging interview, Masters also recalls the events that led to the Premier League being suspended for 100 days last spring, as well as the commitment among clubs to ensure the 2019/20 season was eventually completed.

Describing the importance of the decision for players to take a knee before matches, which will be reassessed again before next season, Masters said: "It is a big statement, it was player-led. We spent a lot of time talking to players. It was an emotional time during the pandemic.

"Going back to Project Restart, when we were talking to players, they wanted to make a statement about their thanks to the NHS and key workers and to make a stand against the events in America last summer. We were happy to support the players. Perhaps for the first time, we had the Premier League, clubs and players on the same page on an important issue.

"Anti-discrimination is something we are really committed to. Last week we announced our 'No Room for Racism' action plan. Unfortunately, we have had to take on the social media companies with regards to online abuse.

"You will see for the rest of this season more anti-racism messages on player's shirts and the continuation of taking the knee until the end of the season.

"It has never been an instruction, it has always been a personal choice. We have had remarkable unanimity up to this point and I expect that to continue.

"We will discuss with the players in the close season what we are going to do to continue to make our feelings clear about anti-discrimination messaging going forward."

As for the pandemic, Masters recalls the original decision to suspend the season after Arsenal boss Mikel Arteta and Chelsea's Callum Hudson-Odoi tested positive for coronavirus after they had originally planned to continue playing matches.

"In the second week in March I was at the Leicester vs Villa game, the last match as it turned out that was live before the break," added Masters.

"That night we had postponed the Arsenal vs Man City game because the Arsenal squad had been exposed to the Olympiakos owner's Covid [at a Europa League match].

"The following day I spent most of the time on the phone with clubs talking about whether we should continue - my view was that we should - and we seemed to have a consensus that was the right thing to do.

"At about 10 o'clock that night we put out a statement saying we were going to carry on and within half an hour I'd had a call from two clubs - from Vinai [Venkatesham] at Arsenal and Bruce Buck at Chelsea - telling me that Mikel Arteta and Callum Hudson-Odoi had tested positive.

"Those were the first positive tests in the Premier League cohort we knew about and that changed everything.

"We ended up postponing the league until April 4 because we didn't know what we were dealing with at the stage and of course it was 100 days before we would play another match." 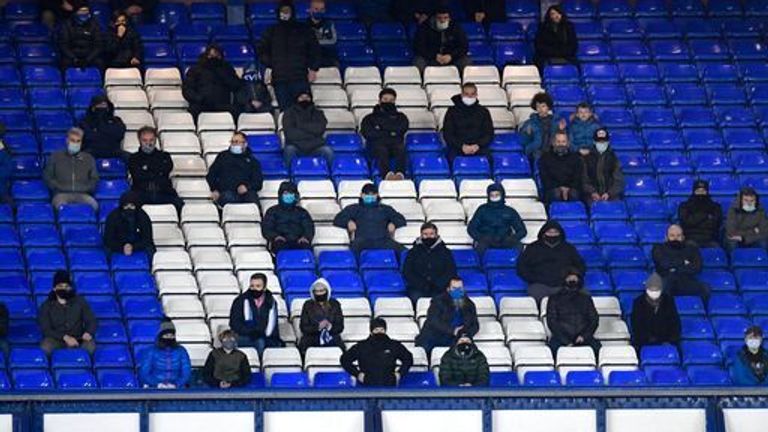 A collective resolve to complete the campaign was always in evidence, however, according to Masters, although he admits tough decisions would have had to be made had that not been possible.

Masters said: "Clearly there was a risk we wouldn't be able to complete the season, that much is obvious. But pretty early on, as early as the first meeting, the temperature was taken and the primary objective of the clubs would be to complete the season and that collective will, despite all of the pressures and the uncertainty, never really wavered.

"Everything was building towards that singular objective of getting back playing, completing the season and then working out what we did from there.

"The rule book doesn't cater for it. There aren't any protocols to pull out of the top drawer and dust off and work out what to do in these situations.

"The financial implications, both for us and those we assist financially, would have been more significant than they already are but decisions had to be taken on whether the league itself was a valid season.

"We'd played just over 75 per cent of our fixtures when we postponed. Also, if it was a league season, what would you do with promotion and relegation?

"Those were big decisions but thankfully we never had to make them."

Masters also confirmed they are hoping stadiums will be able to open at full capacity next season, as football and the country continues to return to some form of normality.

"From the beginning of next season our goal is to have full stadia," said Masters.

"The Government's road map offers us that opportunity. There is a lot of water to pass under the bridge before then but that's our goal.

"A lot of things have got to happen in the right order to get there but we think it's an achievable goal."