Gareth Bale this week said his plan is to return to Real Madrid for the final year of his contract; Tottenham have been tracking Stuttgart's Nicholas Gonzalez and Lille's Jonathan Bamba as they search for forwards; Spurs have also looked at Palmeiras midfielder Gabriel Menino

Tottenham will look into signing Stuttgart forward Nicholas Gonzalez this summer - with Gareth Bale set to return to Real Madrid.

Spurs have been tracking Gonzalez for some time and they are continuing to monitor his progress as Bale's season-long loan comes towards its end.

Bale has one year left on his Real contract and this week cast doubt over returning to Spurs for another season.

"My plan is to go back, that's as far I have planned," the Wales forward said. "I think the main reason I came to Spurs this year was to play football first and foremost. Going into the Euros I wanted to be match-fit. 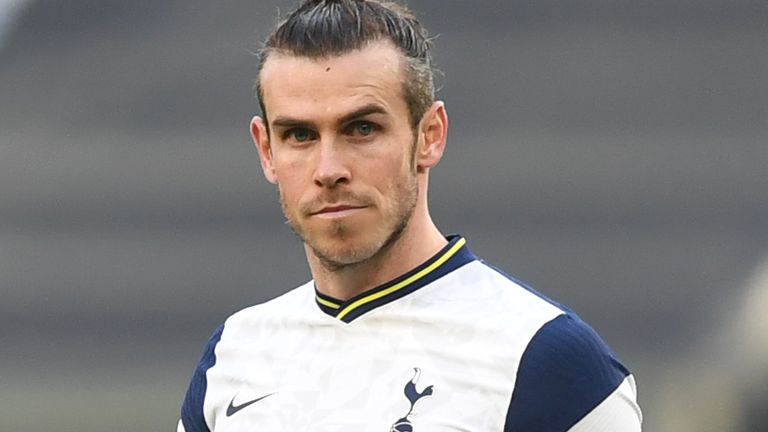 Gareth Bale says he plans to end his Tottenham stay at the end of the season and return to Real Madrid.

"The original plan was to do a season at Spurs and after the Euros still have a year left at Real Madrid."

The temporary nature of Bale's second spell in N17 means Spurs have been continuing to track potential new forwards, including the impressive Gonzalez and Lille's Jonathan Bamba.

Stuttgart are said to be looking for a fee of £27m (€30m) for the 22-year-old Gonzalez, who has six goals and two assists in 15 Bundesliga appearances this season. He still has three years left on his contract, having renewed it last November.

What else could Tottenham do this summer?

Although there is still much to be decided before the season ends, their priorities are said to be at centre-back and in central midfield, with boss Jose Mourinho fully part of planning despite the recent noise surrounding his future.

However, they may need to look at other positions too with the futures of a number of players expected to be uncertain heading into the next transfer window.

Spurs have been looking into signing talent from South American countries after the region was opened up to new work permit rules following Brexit - and one player they have looked at is Palmeiras' Gabriel Menino.

The 20-year-old, who predominantly plays in central midfield but has also impressed at right-back, has emerged as one of Brazil's brightest prospects.

However, Menino, who was called up to the Brazil squad for the first time last year, is not currently one being tracked as Spurs weigh up their summer transfer targets.

Like most clubs, Tottenham need to sell players to be able to make considerable investment in their squad this summer, due to the financial effects of the coronavirus pandemic.