Celtic's Scott Brown to move to Aberdeen on player-coaching deal; Brown has made more than 600 appearances for Celtic and won 10 Scottish Premiership titles; Dons boss Stephen Glass says Brown will bring "invaluable experience on the pitch"

The 35-year-old, one of the most decorated players in Scottish football history, will join the club this summer on a two-year deal in a player-coach role.

The transfer brings to an end a 14-year stay at Parkhead which saw Brown play more than 600 games and win 22 trophies, including 10 Scottish Premiership titles. He has also played 55 times for Scotland.

New Dons manager, Stephen Glass said he was thrilled a player of Brown's pedigree has agreed to the move, which will be completed at the end of the season.

"The opportunity to bring a player of Scott's calibre, a leader who has more European appearances for Celtic than any other player, is a huge coup for me and for Aberdeen," Glass said.

"His experience will be invaluable on the pitch and he is someone who will help set the standards we expect at this club. A born competitor, with a strong appetite to win, his hands-on approach and desire to nurture will hugely benefit the development of the young, emerging talent we have here.

"Scott will be a big part of my coaching team and whilst his impact will undoubtedly be felt on the pitch where I believe he still has much to give, I am looking forward to assisting his transition into coaching.

"He is excited about coming to Aberdeen and working with the current playing, and wider coaching and support staff already in place. I've no doubt he will be a success here." 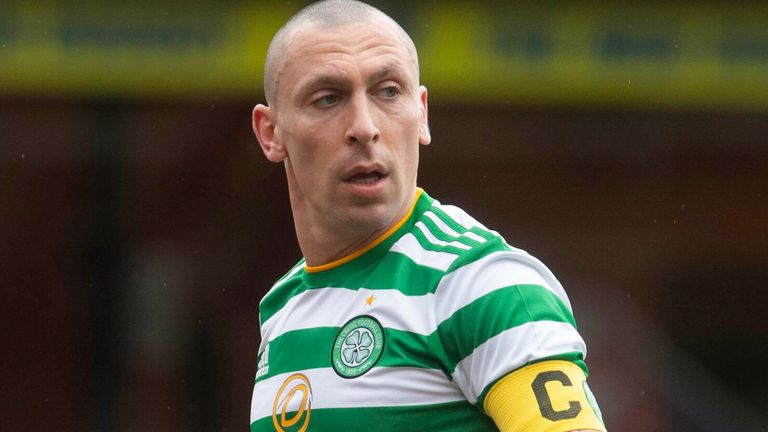 Brown said that while the role with the Aberdeen coaching staff represents his first step on that pathway, he still wants to contribute in a playing capacity.

He said: "There is no doubt I had a lot to deliberate when deciding my next steps, particularly after enjoying 14 successful years at Celtic. However, the opportunity to join Aberdeen, a club entering an exciting new period with my former team-mate Stephen now at the helm, was one I couldn't pass up.

"Once this season concludes, I'm looking forward to joining Stephen, the playing and coaching staff and everyone at Aberdeen FC. I am totally committed to the challenge that lies ahead in meeting the ambitions of the club and its fans.

"I still feel I have got a lot to give, not only on the pitch, but in a broader capacity as I embark on my coaching journey. I will be relentless in my quest for success for Aberdeen."