Liverpool must beat Arsenal to keep their hopes of a top-four finish alive, says Paul Merson

Paul Merson: "If they are to have any chance, Jurgen Klopp's side need to win at the Emirates. I expect Chelsea to win at lunchtime on Saturday when they play West Brom at Stamford Bridge. If Liverpool don't then win, the gap will be too big."

Paul Merson says Liverpool must beat Arsenal at the Emirates Stadium on Saturday if they are to have any chance of securing a top-four finish in the Premier League.

Merson believes it's a far bigger game for Liverpool than Arsenal as the Gunners' only realistic route into the Champions League is by winning the Europa League.

Jurgen Klopp's side sit four points ahead of Arsenal in the Premier League table but with a five-point gap to make up on fourth-placed Chelsea, they cannot afford to lose any more ground.

'A massive game for Liverpool'

"It's a huge game for Jurgen Klopp and his side in the race for Champions League football next season.

"On the other hand, I don't think it's as big a game for Arsenal. They play Slavia Prague next week in the Europa League and it's hard to see them having much interest in the game against Liverpool at all.

"I'd expect at least five of the players who are going to be playing next Thursday to not play in this game.

'Arsenal's eggs all in one basket'

"All Arsenal's eggs are in one basket now. There is no point in them beating Liverpool and then getting beat by Slavia Prague. That's no value to them at all.

"Top four is out of the window in the league. There are too many teams above them, even if they went on a bit of a run.

"But after the quarter-final draw, they have a fantastic chance of doing something in the Europa League."

'The timing is right for Liverpool'

"This when you start to talk about timing. You look at run-ins and think Arsenal away is a tough game for Liverpool, but all of a sudden, the game comes around and Arsenal have got Slavia Prague in the Europa League.

"They can't get in the top four. It doesn't become the easiest game in the world for Liverpool, but there are definitely other games now that would be harder.

"It's all about timing. It's good timing for Liverpool to be facing Arsenal because, being honest, Slavia Prague is a bigger game for Arsenal. 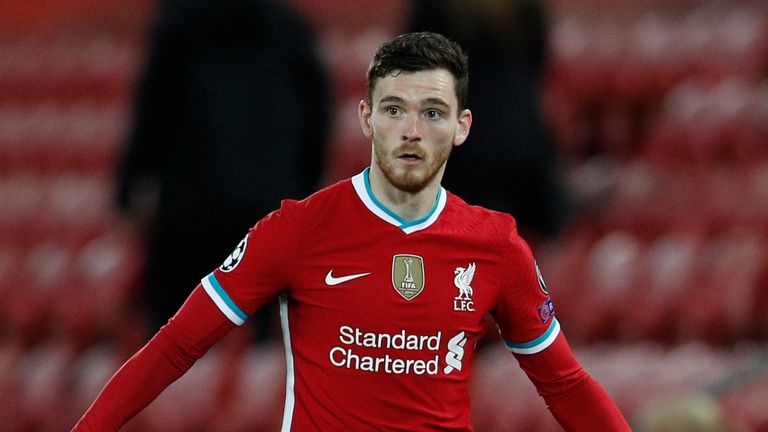 "It's tough when the players have been all around the world and you've got to get them to hit the ground running straight away in the Premier League.

"It could work to Arsenal's advantage though with the focus sure to be on the Europa League. They've got time to get the players back, re-charge their batteries after a gruelling international schedule and then get them ready for next Thursday.

"They haven't really got to rush them all back in for Saturday night's game, like Liverpool have to.

"Liverpool have got to win this game. They have to get Champions League football for next season.

"People tell me they don't but of course they do. It's Liverpool.

"I'd say Anfield and then Celtic Park are the best two atmospheres on European nights in the whole of Europe.

"Europe wants Liverpool in just for that reason."

'Defeat would make gap too wide'

"If they are to have any chance, Jurgen Klopp's side need to win at the Emirates.

"I expect Chelsea to win at lunchtime on Saturday when they play West Brom at Stamford Bridge.

"If Liverpool don't then win, the gap will be too big, in my opinion. It could be as wide as eight points with eight games left to play.

"However, if Liverpool can beat Arsenal, it will be a massive win for them. All of a sudden, one of their harder games disappears and Chelsea have had one of their easier games as we reach the crucial part of the season."