Derek Adams led Morecambe into League One after they beat Newport in the play-off final on Monday; 45-year-old is now set to join Bradford, who finished the season 15th in League Two; Bantams sacked joint managers Mark Trueman and Conor Sellars last month

Derek Adams has left Morecambe just three days after guiding them to promotion into League One, with the manager expected to return to League Two with Bradford.

Adams oversaw Monday's 1-0 victory against Newport in the League Two play-off final which saw Morecambe promoted to the third tier for the first time in their 101-year history.

However, a Morecambe statement on Thursday said the 45-year-old had left the club to "pursue an opportunity elsewhere".

Adams is expected to be named as the successor to joint managers Mark Trueman and Conor Sellars, who were sacked by Bradford on May 10. 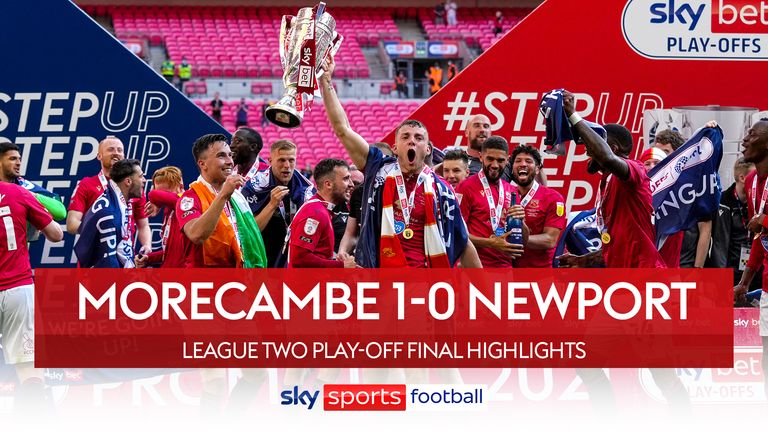 Morecambe co-chairman Rod Taylor told the club's website: "Derek did a fantastic job during his year and a half at Morecambe, not only guiding the club into League One, but also acting as a catalyst for positive change and encouraging everybody at the club to aim higher.

"For all of that we thank him, and we wish him all the best for the future.

"However, the club is now solely focused on moving decisively to appoint the right manager to build upon the huge opportunity that promotion creates for both the football club and the town.

"That manager will be tasked with delivering the club's ambitious vision and strategy, and conversations have started already."

Taylor's fellow co-chairman Graham Howse added: "We are absolutely confident that we can recruit the right manager to move the club forwards, not only in terms of competing on the pitch but also in progressing player development and ensuring that every part of the club's football operations are run as effectively and efficiently as possible."