England's players were met with applause and boos as they took a knee before their Euro 2020 opener against Croatia at Wembley on Sunday; Aston Villa defender Tyrone Mings impressed in his major tournament debut 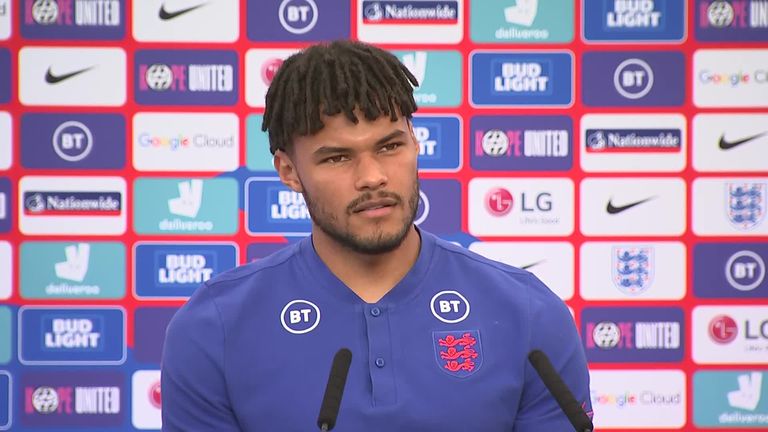 Tyrone Mings says the largely positive reaction to players taking a knee before matches should not be overshadowed by comments from home secretary Priti Patel criticising the anti-racism protest.

Patel said on Monday England fans have a right to boo and described the players' actions as "gesture politics".

Critics of the gesture have cited links to political movements as their reason for booing, but England's players and manager Gareth Southgate have repeatedly explained taking a knee as an anti-racism protest.

England's players took a knee at Wembley before Sunday's victory in their Euro 2020 opener against Croatia, with applause largely drowning out boos from a minority of those in attendance.

"To the home secretary - I don't really have a direct message," Mings said on Tuesday. "We spoke and she invited me onto a Zoom call once, where she seemed so interested and engrossed in players' kind of point of view and what we could do more to tackle these sort of issues.

"But at the same time, everybody's entitled to their own opinion. The home secretary is one of many, many people that oppose us taking the knee, or refuse to defend it.

"We have our own set of beliefs and what we think we can do to help or be players that can be influential and can stand up for what we believe in, and understandably when you have such strong beliefs there will be opposition to that.

"But at the same time, in Wembley there was a hugely positive reaction to us taking the knee as well and I don't think that should be overshadowed by a minority that refuse to accept what the reasons or don't agree with them."

'Talk of keeping Maguire out of team bizarre'

Mings got the nod to play alongside John Stones at the heart of England's defence as Southgate opted to go with a back four, with Manchester United captain Harry Maguire still recovering from an ankle injury. 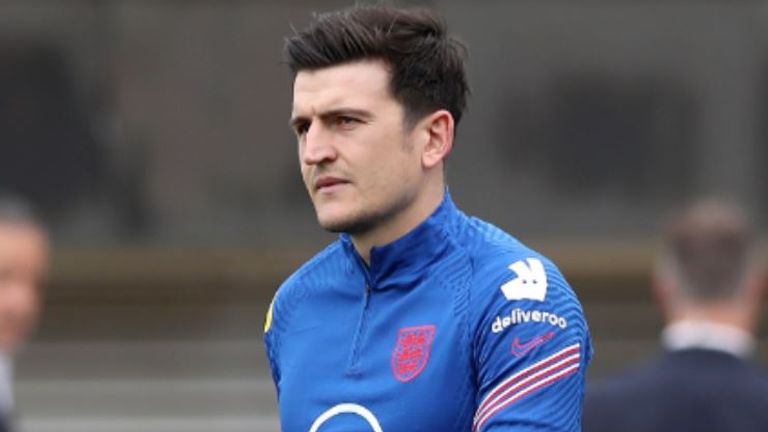 Mings' strong performance has led to speculation he could be difficult to dislodge from Southgate's starting line-up, although in any case, Maguire is unlikely to be fit to face Scotland in England's second group stage match on Friday.

Asked about speculation he could keep Maguire out of the team, Mings said: "It's a little bit bizarre given how much credit in the bank Harry has got and what a fantastic defender he is.

"But at the same time there is absolutely competition for places and I think he is somebody that I look up to in terms of a centre-back and somebody that is so consistent, with a lot of pressure on his shoulders being captain of Man Utd and being one of the main players for England.

"He's a person I take a lot of inspiration from, so to be mentioned in same breath as him is a compliment in itself." 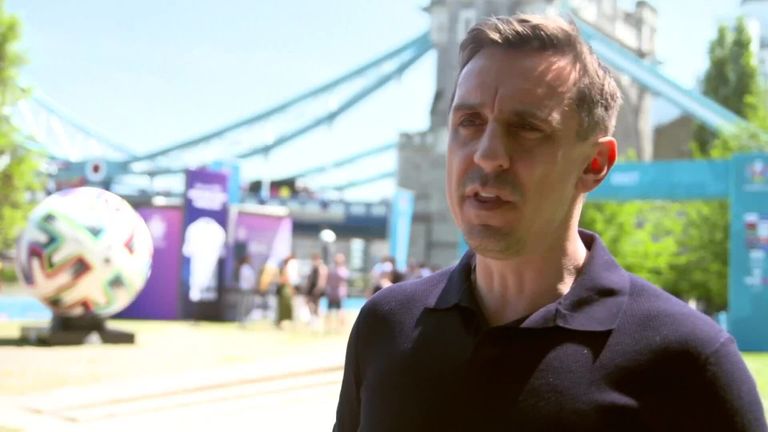 Gary Neville expects changes to be made to England's line-up for their clash with Scotland on Friday, with the pressure being on Gareth Southgate's side to be proactive in attack

'No safer place than pitch for players'

Mings has praised the infrastructure in place to protect players' wellbeing in light of Denmark midfielder Christian Eriksen's on-field cardiac arrest during Saturday's match against Finland.

Eriksen received emergency CPR on the field in Copenhagen, with the medical team using a defibrillator on the 29-year-old.

The midfielder is continuing his recovery in hospital and said earlier on Tuesday he is "fine, under the circumstances" with the former Tottenham player set to undergo further examinations.

"First things first, obviously it's a huge relief that he's ok," Mings said. "The scenes were hugely distressing for everybody, not just for players, but for anybody who was watching.

"In terms of the monitoring of players and the wellbeing of players - we probably couldn't be in a safer place when we're on the pitch, in terms of how much treatment is readily accessible, and you've seen just how quickly he was treated. Had it been somewhere else may not have been so fortunate. 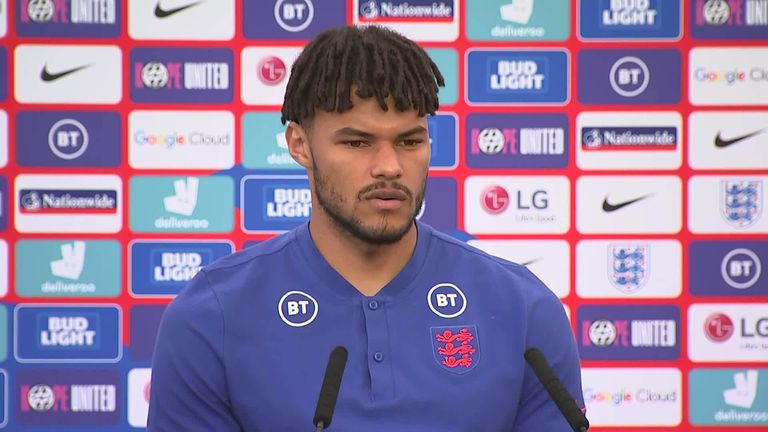 Mings says footballers could not be in a 'safer place' than when they are on the pitch in terms of their wellbeing.

"It was hugely distressing and for players, it probably puts into perspective what is important and what isn't sometimes, as I'm sure everybody went through a little bit of reflection.

"But in terms of the monitoring of players and our general wellbeing, I think we are looked after."