Steve Clarke disappointed at Scotland's Euro 2020 exit after Croatia defeat but vows swift return to big stage; Andy Robertson says: 'I'm so proud - we felt love of a nation'; John McGinn says: 'I'm devastated.... but we want this to be the start'

Scotland bowed out of Euro 2020 at the group stage but manager Steve Clarke and his players vowed to build on their progress after reaching a first major tournament for 23 years.

The men's national side, playing in their first showpiece event since the 1998 France World Cup, needed a victory in their final Group D fixture to reach the last 16 but fell to a 3-1 defeat to Croatia at Hampden Park.

The Scots, who had not lost to Croatia in their previous five meetings, were hoping to make more history by qualifying for a knockout stage for the first time, but boss Steve Clarke insisted they would be back on the big stage much sooner next time. 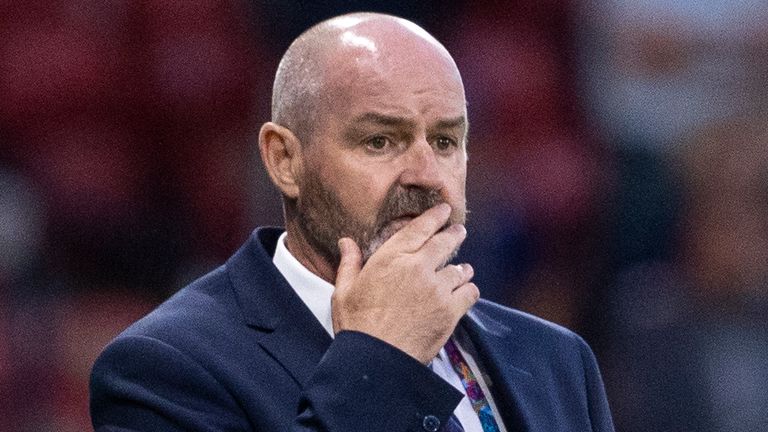 "It's disappointment at the moment but we'll take stock, we'll see what we can do better - and we'll make sure it's not 23 years until we go to the next tournament," he said at his post-match press conference.

"We had a little spell just before we got the goal and just after, where we looked like we might get something out of the game; we had some moments where we managed to play through them but overall, Croatia were the better team.

"We tried as hard as we could. We kept going. We're disappointed the way the tournament's ended but we've got a lot to be happy about, the way we got there after 23 years, the way we approached the tournament.

"We tried to compete. Unfortunately, we were not quite good enough but we'll learn from it - head coach included."

Scotland's players expressed their own disappointment at an early exit but insisted there was plenty to build on for a young squad.

Captain Andy Robertson said: "It's massively disappointing - Croatia showed why they've got to a World Cup final. Second half, they showed their experience and Modric ran the game.

Aston Villa's John McGinn described himself as "devastated" but told ITV: "We have to use this experience to drive us on.

"You look around the dressing room, there's a good age group. We feel as if we didn't do ourselves justice but we created history by getting here and we want this to be the start.

"We need to be braver and better but we've got the talent.

"We feel the passion from the nation and come the autumn, we can be together with all the fans going for the World Cup. It's an experience I'll never forget - hopefully one of many."

Callum McGregor echoed McGinn's sentiments, saying: "The lads are shattered. They put so much energy into it. The fans were amazing. They just had too much quality in the end. It's a tough lesson.

"It's been an amazing experience. Every single one of us has learned so much. It makes us so hungry for the World Cup now."

Pundit analysis: Croatia controlled midfield - but Scotland can build on this 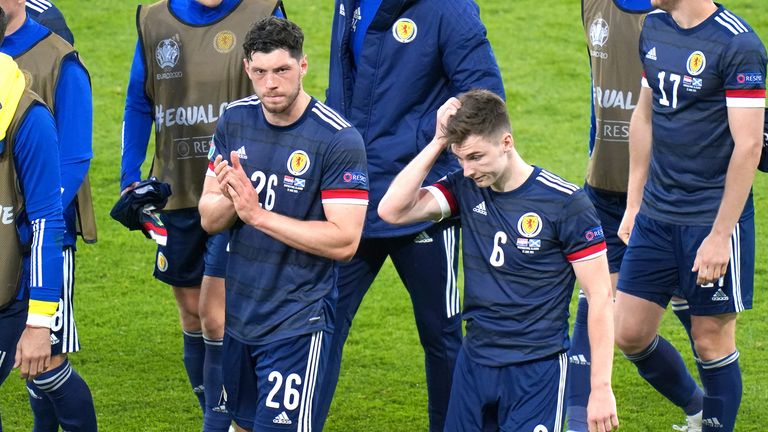 Kris Boyd says Scotland were not able to deal with Croatia's quality, as Steve Clarke's side bow out of the tournament following the 3-1 defeat