A number of positive cases in the squad has disrupted manager Mikel Arteta's preparations for the new Premier League season; Arsenal were set to participate in the Florida Cup alongside Everton, Inter Milan, and Colombian side Millonarios; Inter announced their withdrawal on Wednesday

Arsenal's pre-season tour of the USA has been cancelled due to a number of coronavirus cases in the camp.

Sky Sports News has been told a small number of the travelling party have tested positive after undergoing tests on Monday and Tuesday.

This will disrupt manager Mikel Arteta's preparations for the new Premier League season, which gets under way at Brentford on August 13.

Arsenal were set to travel to the US on Wednesday ahead of participating in the Florida Cup, alongside Everton, Inter Milan, and Colombian side Millonarios.

The Gunners were due to face Inter, who also announced their withdrawal from the competition on Wednesday, on July 25 and then potentially play the winners of Everton's match against Millionarios.

Arsenal started their pre-season in Scotland, where they played two matches, losing 2-1 to Hibernian and drawing 2-2 with Rangers.

'Lokonga can be leader for Arsenal'

Anderlecht sporting director Peter Verbeke is sure Arsenal have made a good signing in young midfielder Albert Sambi Lokonga and expects him to emerge as one of the Premier League club's leaders. 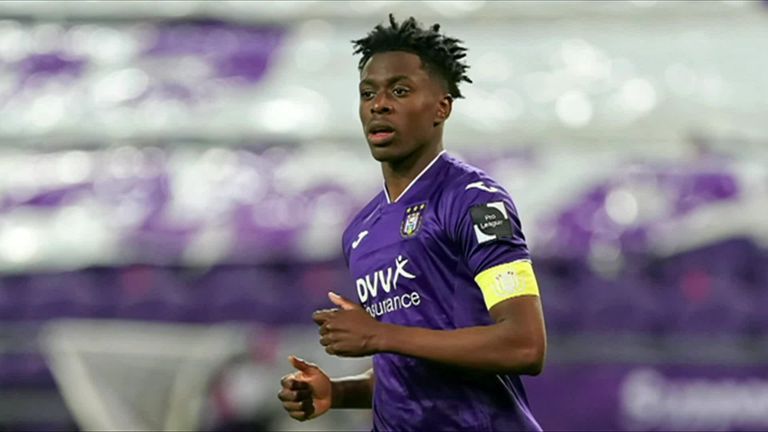 Lokonga was confirmed as an Arsenal player on Monday, joining Nuno Tavares as a new arrival to kick off what could be a busy summer of transfer business for the Premier League club.

The 21-year-old had spent his entire career until now with Anderlecht and Verbeke, who arrived at the club in March 2020, saw plenty of improvement in him during the time they worked together, talking positively of the way he had developed into a leader at such a tender age.

Speaking to Sky Sports News chief reporter Bryan Swanson, Verbeke said: "Sambi is of course a very good player. He's one of the top talents coming from our academy. He can play as a defensive midfield player, he can play as a box-to-box player and, especially the last two seasons at the club, he has developed really well.

"He's someone who is good on the ball, his technical ability in tight spaces is really good. Good short passing, good long passing. He's always been a late developer so it's only in the last season that his physical development really came into place."