Willie Kirk and Everton are aiming for the Champions League, as early trophies wins in his career spurs him towards more silverware; the Women's Super League will be shown live on Sky Sports from September 2021; Sky Sports will show at least 35 games exclusively live in a three-year deal

There's no beating around the bush with Willie Kirk. In an exclusive interview with Sky Sports ahead of the new Barclays FA Women's Super League season, there's no mention of 'maybes' - the Scot is very clear about the ambitions for Everton Women and he knows they can achieve them.

"But that's where we want to be, that's our ambition and that's why we've recruited the players we've recruited. The group we've got just now, I would never want to put a cap on their potential, so for me to say we want to get top three is probably disappointing for them to hear.

"We just want to finish as high in the league as we can so if that's top, second, third, fourth, it will be what it is. I just know that we're working hard and we're working towards competing with the top teams on a regular basis."

The hunger to win trophies is instilled in every player and coach early on. In fact, it was a title-winning victory back in his native Scotland early on in Kirk's women's coaching career that kept that desire at the forefront of his thinking as he made the move to England.

"I won the Scottish Cup really early at Hibs and I think that whetted my appetite in terms of wanting to win things, which has probably been a big factor in staying in the women's game and staying in football because it is about winning those trophies," he explained. "At Bristol City, it was about winning in a different way. It was about being entertaining, knowing you'll never win the league, but you wanted to win fans. It was about staying in the league and developing players in an attractive style. I felt that we did that.

"Then moving to a club the size of Man United was fantastic, albeit as a number two and just learning what I could in five months and the profile that gave me. Would Everton have come to me if I had still been at Bristol? I don't know, but you put Man United on your CV and it's another plus.

"The FA Cup final [for the 2019/20 season] was fantastic and again, that has probably motivated me even more to make sure it's not a runners-up medal next time and we get there as quickly as possible again. There's been a lot of moments that have shaped my ambitions and my career to date."

But to compete in the Champions League in the coming seasons, Everton have to break into the Barclays FA Women's Super League top three - positions that have been dominated by Chelsea, Manchester City and Arsenal since 2015.

It is quite the gap to close as well. Everton ended last season as almost 'the best of the rest', finishing in fifth with a 15-point gap to Manchester United in fourth and 16 points to Arsenal in third. At one stage, they were disrupting the order at the top, but rather predictably, it was that familiar trio that took the three Champions League spots.

"I think the problem last season was we never really competed with them," Kirk said. "We looked like we were until we actually played them - we beat Chelsea at Goodison [in the 2019/20 Women's FA Cup quarter-finals], which was a fantastic day and a fantastic occasion, we took Man City to extra time [in the final] but ultimately lost.

"But in the league, we never took a point off the top four and ultimately that's what created such a big gap between fourth and fifth - it never was a top five, it was a top four plus Everton.

"That's the challenge we've now got, but I think we've put together a squad this year, we've changed our working practises and really worked hard to review what we do and why we do certain things. We've changed what we weren't happy with and I think we're now in a position where we will close that gap.

"That gap will be nowhere near as big, we hope the gap is the other way, and we can get amongst that top three and top four and really make a challenge for the Champions League places."

It has been a busy summer of transfers for Everton, but the standout incoming was the return of Toni Duggan to her hometown club. The England international had spent the last four years at Barcelona and Atletico Madrid, with Kirk revealing Everton had tried to bring her back to Merseyside last year.

"Twelve months ago, we were really close to signing her and bringing her home. But she was still under contract with Atleti, she was their player and they wanted to keep her - we had no divine right to just go and take her.

"We ended up having to move on, so we brought in Valerie Gauvin last year and now we've got both of them so that's exciting, whether they play together or are competing for a place.

"Toni is really important for us. She knows what the club means, she's played in successful sides in the past and she's accumulated fantastic experience since she's been away from here. She can now bring that back and I can see that making a difference on the pitch already. 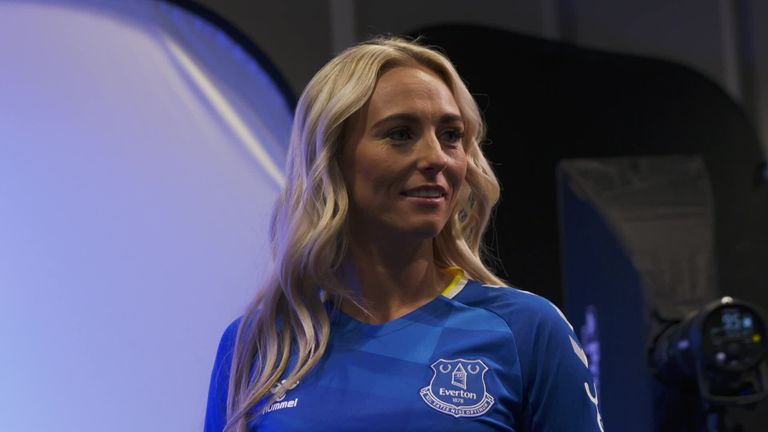 "She knows what it takes to win and she's got ambitions to get back into that England squad and we'll do everything we can to help facilitate that."

While Duggan represents the tradition of Everton, there will be a first for the WSL with midfielder Aurora Galli set to be the first Italian to play in the league after arriving from Juventus.

And Kirk already has big plans for Galli, saying: "She's a real talent. She's probably surpassed my expectations already in terms of her application, her game understanding, adapting to the English game which is certainly different to what she's been used to in Italy.

"She's flexible in terms of whereabouts in the centre of the park she plays. She could easily be seen as a holding midfielder, she can get forward, she can play killer passes, she can score goals and she's going to be a really good signing. I think it'll be not long into the season before people start talking about her as one of the best midfielders in the league."

Galli will have a baptism of fire in her first two WSL games. Everton face Manchester City in the opening game at Goodison Park before a trip to league champions Chelsea the following weekend. But Kirk is confident Everton are ready to put points on the board.

"I'd certainly be disappointed if we don't take anything from the two games," he explained. "The way pre-season has gone and the way the players are responding to the new working practises, the way the new players are embedding in, I'm quite happy with the fixture list.

"The first game of the season is really fantastic for us. You probably wouldn't have handpicked Man City then Chelsea, but that's what has been given to us and it's completely different to our fixture list last year. We got off to a great start and probably gave that idea of being a top five (team), but this year we'll get a real gauge early on of where we are and what we still need to do. 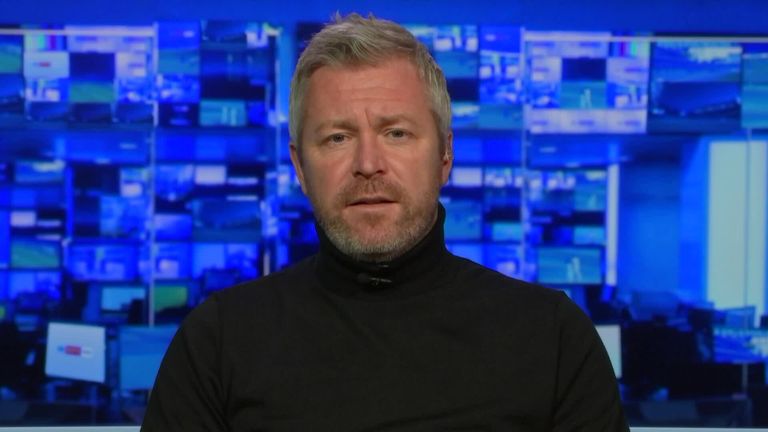 "I just see it as a chance to get early points on the board. Your season is never going to be defined by the first game, it doesn't matter who it's against. So if you lose to Man City, you beat Man City - I'm sure people will get excited if we win the game - it will be the same three points we got against Bristol City last year in the first game of the season.

"I don't think it's a bad thing playing those first two teams in the first two games, but in the same breath, if you take early points against them, it gives them a chance to claw back over the season, so I'm not really thinking about that too much."

While some teams and managers would almost dread the league's top two in their opening fixtures, Kirk is certainly not shying away from the upcoming challenge and it will give Everton the chance to test themselves against the best.

There will be lessons learnt but hopefully for Kirk and Everton, points gained in the chase for their Champions League dream.