James is currently undergoing a Leeds medical before flying out to Finland with the rest of the Wales squad for an international friendly.

Personal terms at Leeds are not expected to be a problem, with all parties hopeful a deal can be concluded before Tuesday's 11pm deadline.

The 23-year-old Wales international winger has started two of United's first three Premier League matches of the season, including Sunday's 1-0 win at Wolves.

However, the impending return of Cristiano Ronaldo to Old Trafford would impact James' minutes, with Leeds, who the forward almost joined before signing for United in 2019, looking to bring him in.

As it stands, Jesse Lingard will remain at Manchester United and the club would be happy if the England international stays at the club.

If an offer was to arrive in the final hours, it will be discussed with Lingard and a collective decision will be made.

Meanwhile, if he does remain at Old Trafford, a contract extension has not been ruled out, with his current deal up next summer.

Amad Diallo will stay at United in this window after he suffered a thigh injury in training that will keep him out for six weeks.

The 19-year-old was available for loan as Ole Gunnar Solskjaer was keen for the winger to get some experience away from the club.

Feyenoord were heavy favourites for his signature, but the Eredivisie side's sporting director Frank Arnesen confirmed they will not be pursuing a deal in this window.

The Ivory Coast international winger, who was also linked with a temporary switch to Championship side Sheffield United, could move on a temporary basis in the January transfer window instead. 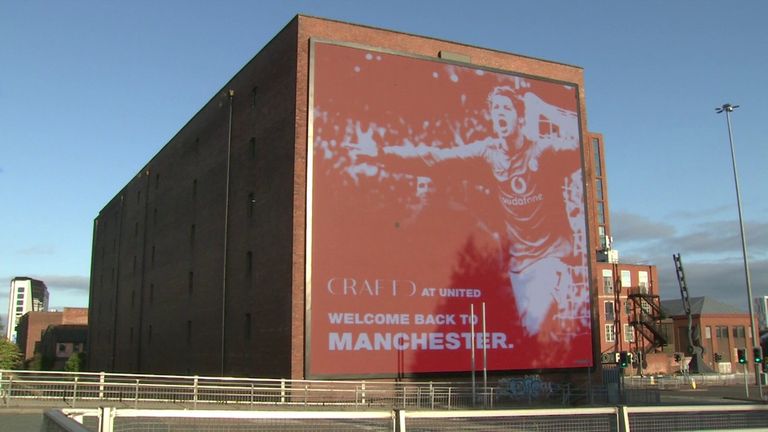 Analysis: Where next for James?

"United appear to be prepared to allow him to leave in this window. Ole Gunnar Solskjaer said as much when he was asked the question after Sunday's win at Molineux, which James did start.

"But with the arrival of Jadon Sancho and potentially Ronaldo, James is going to find his first-team opportunities quite limited.

"There has been a lot of talk on social media about Leeds and we know they have a long-standing interest. On Deadline Day in February 2019, we had shots of James going into the reception at Leeds - it looked like it was a done deal, but that one fell through. In the next transfer window, he went to Man United.

"Leeds will monitor what Man United do and also what James wants to do as well. Definitely one to keep an eye on for Deadline Day."