Thierry Henry, speaking as a guest on Monday Night Football, said: "To be able to get there, you need to have someone respond on the other side. It hasn't happened yet, but we and he is here to stay." 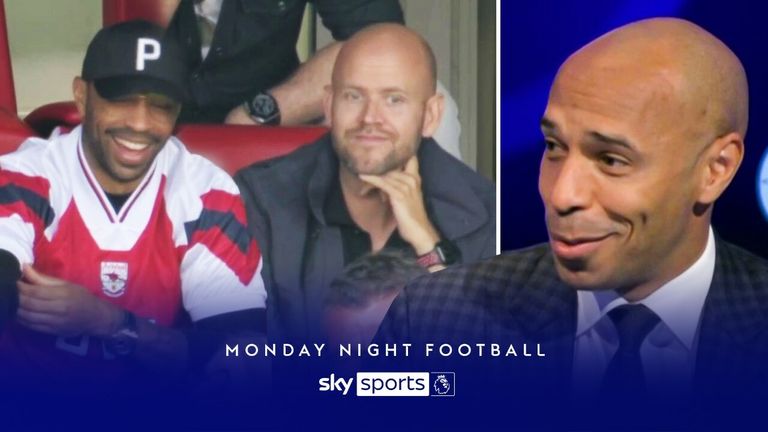 Arsenal legend Thierry Henry gives an update on Daniel Ek's proposed takeover of the club, saying the Spotify CEO is still interested in buying the Gunners.

Thierry Henry has underlined to Sky Sports that Daniel Ek remains fully committed to buying Arsenal but that the Kroenke family are yet to respond to their offer.

Ek, who was in the stands to watch Arsenal's 3-1 win over Tottenham on Super Sunday, wrote to owner Stan Kroenke in May and made a bid of £1.8bn for the north London club that remains on the table.

Henry, who won four major trophies including two Premier League titles at the club, revealed there is no dialogue at the moment but is adamant that an agreement can be reached regardless of the Kroenkes' stance that the club is not for sale.

"To be able to get there, you need to have someone respond on the other side," Henry told Monday Night Football. "It hasn't happened yet, but we and he is here to stay.

"So, let's see what's going to happen. But for the moment, we enjoyed the win yesterday.

"There's no dialogue at the moment and I feel it's going to be a long process. I said this the last time I was on the show [in May]. How long it's going to be, I don't actually know.

Henry previously stated that Ek's priority is to re-establish Arsenal's identity - which the Frenchman feels has been lost under the Kroenkes - by handing power back to the supporters and reintroducing people who know the club's traditions to the board.

Arsenal's all-time leading scorer has discussed potentially using a "golden-share" scheme, which could give supporter groups the power to reject board decisions.

Speaking to Sky Sports in May, Henry said: "I know a lot of people wanted to hear about [the takeover].

"There needs to be a discussion, but he reached out."