It is still too early to determine Christian Eriksen's next move after his contract with Inter Milan was terminated by mutual consent this week; the Denmark midfielder is unable to play in Serie A with an implanted defibrillator device under Italian law

Christian Eriksen is "optimistic" about resuming his football career and clubs have already been in contact, his agent has told Sky Sports News.

Martin Schoots says the midfielder has been working hard to return to playing after suffering a cardiac arrest playing for Denmark at Euro 2020, and the "future is bright".

But it is still too early to determine Eriksen's next move after his contract with Inter Milan was terminated by mutual consent this week, because he cannot play in Serie A with an implanted defibrillator device under Italian law.

His long-term representative Schoots told Sky Sports News: "Christian is doing really fine. We're hopeful he can get back in professional football. There is no reason not to be optimistic.

"He is working really hard, and I'm glad that he was able to do that during the last few months in silence.

"We had so many requests for interviews, documentaries - all kinds of initiatives - especially from the UK. He is still so popular in Britain and not only with Spurs fans, not only for his fantastic football skills, but also for his social and humble personality.

"It's still amazing to read in the English press and fan websites that Spurs are looking for what is called 'Eriksen's replacement' two years after he has left. People probably are not aware of it, but implicitly that's such an incredible compliment.

"You hardly could blame Spurs that they struggle to find a player who has the qualities to become the League's top assist-maker, helping them to reach three Champions League qualifications in a row and the Champions League final. There are simply not too many of those players, and there is always competition with other clubs to sign them. 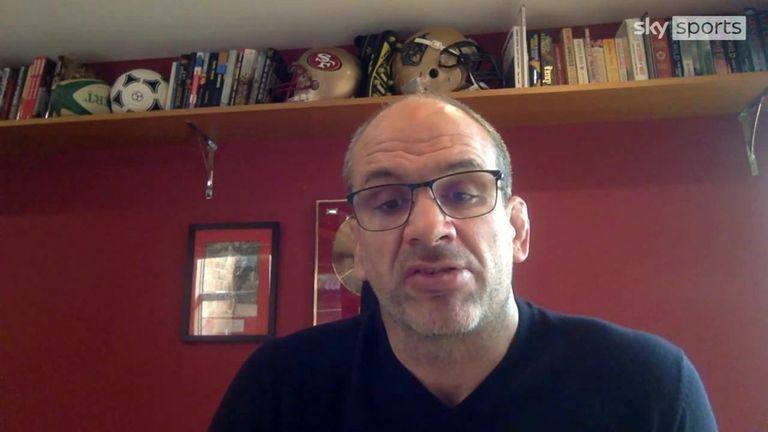 Former England captain Martin Johnson, who is a patron of the Joe Humphries Memorial Trust, says everyone should learn CPR and be aware of the risk of sudden cardiac arrests

"It's too early to say where Christian's future lies. Because of special regulations in Italy, which have already existed for decades, the only thing we know for sure is that it will not be in Italy. And it will not be in another continent either, because of family reasons.

"A few clubs have already contacted us some weeks ago. We have to see what the future brings. But it seems bright and that is the most important thing."