In an interview with the Mail on Sunday, Wayne Rooney says he changed his studs to "long mental ones" ahead of Manchester United's match at Chelsea in April 2006 with the intention to "hurt someone"; Rooney: "John Terry left the stadium on crutches. I left a hole in his foot" 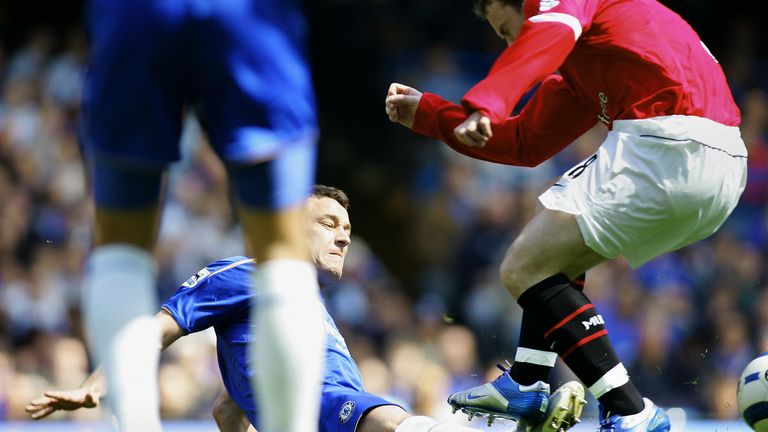 The Football Association has sought observations from Wayne Rooney after he revealed he wanted to try and injure an opposition player during Manchester United's match against Chelsea in April 2006.

In an interview published in the Mail on Sunday, Rooney says he changed his studs to "long mental ones" ahead of the match at Stamford Bridge with the intention to "hurt someone".

Rooney recalled: "For that game I changed them to big, long metal ones - the maximum length you could have because I wanted to try and hurt someone, try and injure someone.

"I knew they were going to win that game. You could feel they were a better team at the time so I changed my studs.

"The studs were legal but thinking if there's a challenge there I knew I'd want to go in for it properly, basically. I did actually.

"John Terry left the stadium on crutches. I left a hole in his foot and then I signed my shirt to him after the game.

"A few weeks later I sent it to him and asked for my stud back.

"If you look back when they were celebrating, JT's got his crutches from that tackle."

On Monday, Terry laughed off Derby manager Rooney's admission. The former Chelsea captain posted on Twitter: "[Wayne Rooney] is this when you left your stud in my foot?"

Derby have told Sky Sports News Rooney will be making no further comment at this time.

The FA fined Roy Keane £150,000 and gave him a five-match ban in 2002 after he admitted in his autobiography to intentionally hurting then-Manchester City midfielder Alf-Inge Haaland. 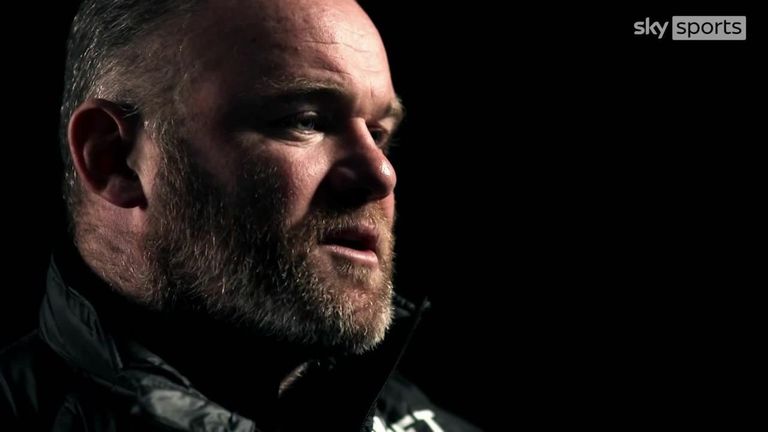 Speaking to Sky Sports News earlier in the season, Rooney says avoiding relegation with Derby County would be the greatest achievement of his illustrious career

In the same interview, Rooney opened up on a battle with binge drinking during his playing career and revealed a determination to prove himself a success in the dugout by learning from his own mistakes.

Ahead of the release of Amazon Prime Video documentary 'Rooney', the 36-year-old recalled the battles he went through after breaking into the Premier League as a raw 16-year-old talent at Goodison Park and later securing a big-money move to Manchester United.

"I had made a lot of mistakes when I was younger, some in the press and some not in the press, whether that's fighting or whatever," he said.

"In my early years at Manchester United, probably until we had my first son, Kai, I locked myself away really. I never went out.

"There were times you'd get a couple of days off from football and I would actually lock myself away and just drink, to try to take all that away from my mind.

"Locking myself away made me forget some of the issues I was dealing with. It was like a binge."