Tottenham favourites for top four but they're a one-man team, says Paul Merson

"When Harry Kane's playing like he is, I don't think too many teams are going to beat Tottenham. But you take him out of the team, top four is not happening for Spurs," says Paul Merson, who also runs the rule over the defeat at Crystal Palace that dents Arsenal's Champions League chances

When you have a young team like Arsenal, you've got to just take the rough with the smooth - and the Crystal Palace defeat was very, very rough.

There are ways of getting beat and Monday night at Palace wasn't a good way of getting beat. It was worrying. I expected one of those performances from Tottenham before the end of the season, I didn't expect it from Arsenal. They could lose a game, but not like that. 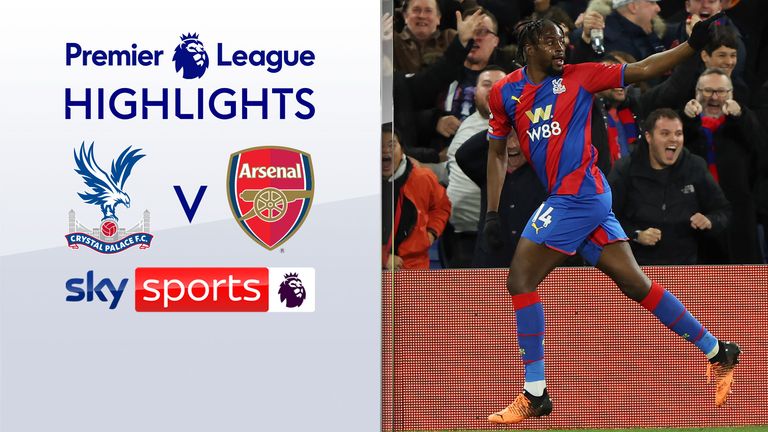 FREE TO WATCH: Highlights from Crystal Palace's win against Arsenal in the Premier League.

Palace is a hard place to go on a Monday night, don't underestimate it - and if Arsenal had beaten Palace, I thought top four was done and dusted. It would have been three points clear and a game in hand, it was massive.

You watch Tottenham completely and utterly dismantling Newcastle on Sunday. Newcastle aren't the worst team in the world. I watched them at Chelsea a few weeks ago, and bar genius from Kai Havertz and Jorginho, the Blues didn't really look like scoring that day - then Tottenham go and put five past them.

Spurs are the favourites for top four now. When Harry Kane's playing like he is, I don't think too many teams are going to beat them. I saw him go to the Etihad and rip Manchester City apart. I saw him rip West Ham apart, I saw him rip Newcastle apart.

But you take Kane out of the team, top four ain't happening for Spurs. It's as simple as that. When he doesn't turn up at Burnley away, they get beaten. Tottenham are a one-man team and that's not being disrespectful.

You could have a Ferrari, but without an engine in the car it ain't working. He's the all-round package, and that's why he's the best centre-forward in the world, and I've said it for a long, long time.

Kieran Tierney is going to be a big miss for Arsenal, after his knee injury before the Palace game. He's one of the players you can't afford to take out of this Arsenal team. He's solid, he's an 8/10 every week, he sets an example.

He's a winner - you know what you're going to get with him, and he was a big miss on Monday night.

Nuno Tavares had one of them games at left-back, but it's hard when you're out of the team for so long. You're not really playing football - you're just training. Even playing in the U23s, it's not the Premier League.

To come in and say: 'Right, play in this game' - you feel for these players. No matter how much you train, it's not the same as playing.

I don't think Manchester United are totally out of the top-four race, but David de Gea had to make a world-class save [from Wesley Fofana] - a world, world-class save - to get them a draw against Leicester.

The Arsenal result at Palace gives them a chance though. Arsenal and Tottenham have got to play each other, Man Utd have got to play Arsenal, and if results go their way then they are in it.

I don't watch them and think 'wow', which I do with Tottenham at the moment. I watch United and I don't see it at all. But they're still in it.

FREE TO WATCH: Highlights of Manchester United's draw against Leicester City in the Premier League.

Everyone keeps telling me they have the best players, I don't get that one. If Harry Kane was playing for United, they'd be in the top four. Simple.

With United, I just find it's a bit cuffy - it's off the cuff all the way through the club at the moment.

Bruno Fernandes is a top player but you can't give him a contract extension as another manager might come in and not like him. You either like that kind of player, or you don't, or you've got your own player that you like who plays that position.