Match report and free highlights as Takumi Minamino's firm finish and Joel Matip's unusual headed-goal turn it around for Liverpool at Southampton, who had led through Nathan Redmond. The result leaves Liverpool one point behind Man City going into the final day

A much-changed Liverpool came from behind to beat Southampton 2-1 at St Mary's on Tuesday night and ensure the Premier League title race goes right down to the final day.

After the exertions of beating Chelsea on penalties in the FA Cup final on Saturday, Liverpool made nine changes for the trip to the south coast and were without injured Mohamed Salah and Virgil van Dijk. Out-of-form Southampton sensed an opportunity and Nathan Redmond stunned the visitors with just 13 minutes on the clock.

That goal will have sparked celebrations among Manchester City supporters, with Pep Guardiola's side set to be crowned champions had Liverpool gone on to lose - but their response was impressive.

Takumi Minamino lashed in at the near post to pull them level (27) on his first Premier League start of the season and Joel Matip completed the turnaround (67), deflecting the ball in from Kyle Walker-Peters' defensive header from a corner. 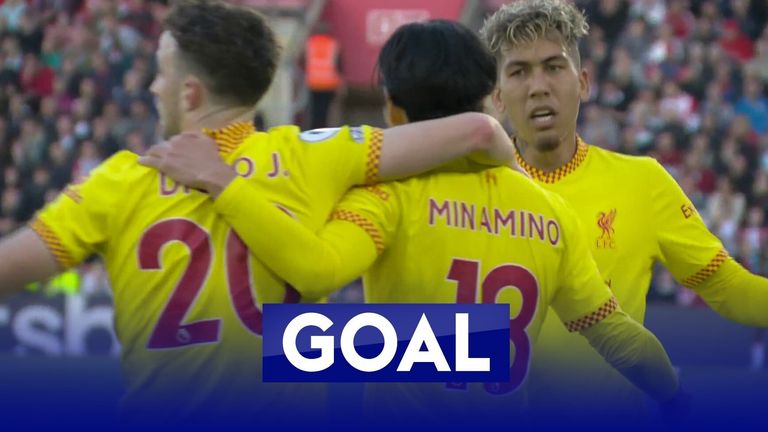 Takumi Minamino scores against his former club to bring the game to 1-1 at St. Mary's 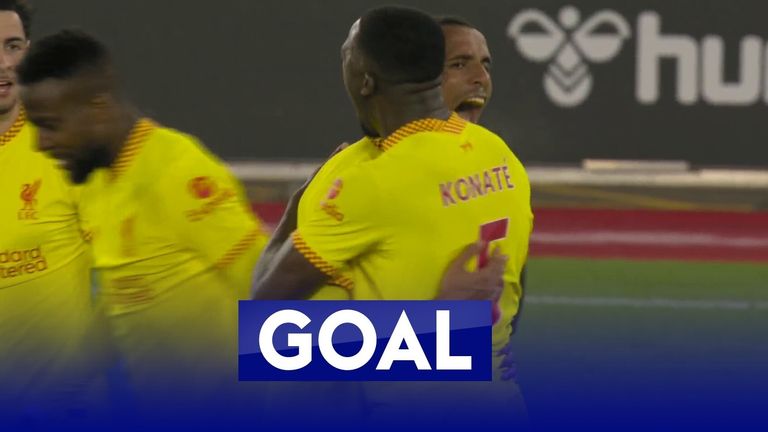 Joel Matip rises high from the corner and his looping header puts Liverpool in front for the first time at St. Mary’s

The victory means FA Cup and Carabao Cup winners Liverpool move on to 89 points with just one game to play, a point behind leaders City.

They will now hope former captain Steven Gerrard can do them a favour when his Aston Villa side go to the Etihad on Sunday, with Liverpool taking on Wolves at Anfield.

As for 15th-placed Southampton, their season is finishing in frustrating fashion, with just one win in their past 11 Premier League games. However, after twice drawing with Man City this season and beating Tottenham and Arsenal, they showed they could hurt the top teams again.

Saints boss Ralph Hasenhuttl had called on his side to be aggressive and brave on the ball and they were just that on 13 minutes. Lyanco robbed Diogo Jota in Saints' half and, with Klopp screaming at the officials for a foul from the touchline, released Redmond to run into space down the left, step in on his right and, with the help of a nick off James Milner, find the far corner.

St Mary's erupted - and so must have the blue half of Manchester - but Liverpool's response suggested any champagne-popping was likely to be premature. And so it proved. Firmino was denied by the offside flag after heading in Kostas Tsimikas' cross but there was nothing wrong with Minamino's hammered finish 10 minutes later. 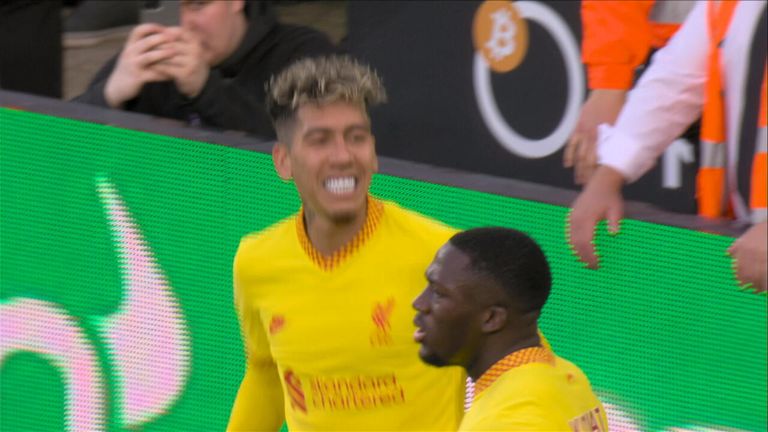 Alex McCarthy was beaten at his near post but stood no chance given the power produced by the Japan international, whose celebrations were muted as a nod to his loan spell here last season.

Jota's scissor-kick was blocked, Curtis Jones shot wide and Firmino powered an effort over the bar as Liverpool pressed for a second before half-time - although an injury to Joe Gomez on the stroke of the interval was a concern, with captain Jordan Henderson replacing him. 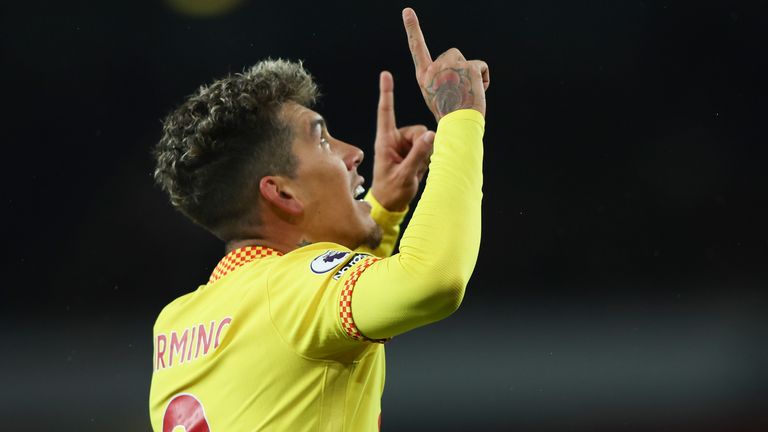 The visitors picked up where they left off at the start of the second half, with Jota volleying inches past the far post, Harvey Elliott hitting the side-netting and Jones going wide again before Matip eventually delivered the second.

It was an odd goal, with a flicked-on corner deflecting off Walker-Peters' head, onto Matip's and looping into the net - but the bouncing travelling support didn't care about that.

Their side's 15th win in their last 17 Premier League games has kept the title race alive right down to the wire and an intriguing final day awaits. 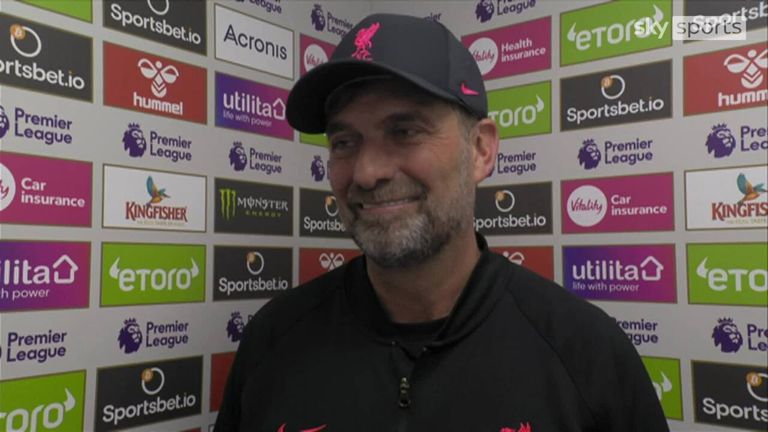 "I saw a group reaction to a blow [for the Southampton goal]. I didn't see it back but thought it was a clear foul and in these situations, you can lose nerves but the boys kept going. We controlled the game. We calmed that atmosphere down, it became a normal game and not the game Southampton wanted. 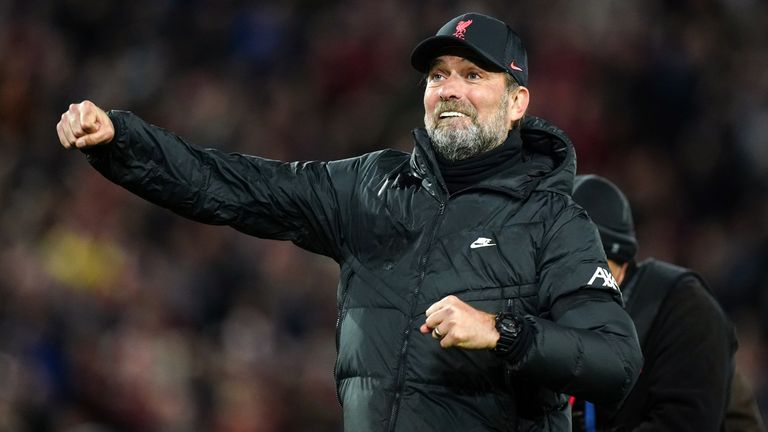 "The last 10 minutes, we have to work on how we can play time down without getting into trouble but a deserved three points. Fantastic. I'm so happy about the performance it was a bit touching. Wow. These boys. It's like having Ferraris in the garage.

"If I'm in [City's] situation I don't feel like I'm champion again [yet]. It's football. We have to first win our game. That's difficult enough." Hasenhuttl: We have a lot to do in the summer to be better

Southampton boss Ralph Hasenhuttl: "We have played against a good team that made a lot of changes but still had a lot of quality up front. It was a perfect start for us. We took a lot of risks today - sometimes it was a little bit scary - but the goal was exactly what we wanted to do. We had nothing to lose.

"Against the ball, we tried a different way to defend, deeper because in the last weeks we're conceding too many goals. it worked ok. We know we try to get better and we have a lot of things in the summer to do better."

On the final day of the Premier League season, Liverpool host Wolves and Southampton go to Leicester, with all games kicking off at 4pm on Sunday.