West Ham defender Kurt Zouma arrived at Thames Magistrates' Court on Tuesday along with his brother Yoan for a first hearing; the 27-year-old has pleaded guilty to two counts under the Animal Welfare Act; Sentencing has been adjourned until June 1 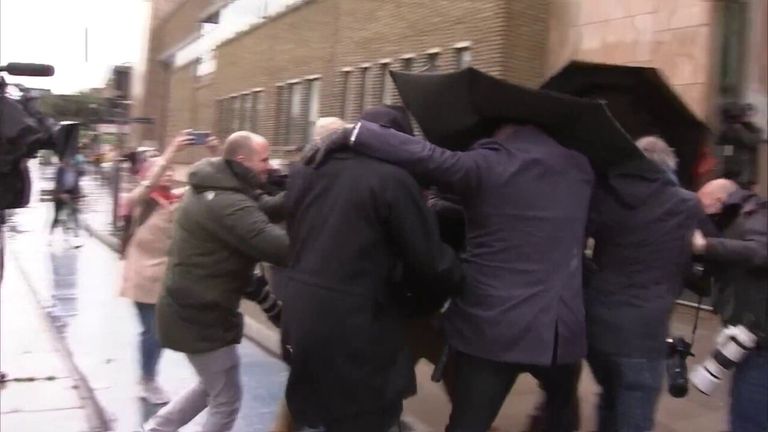 Kurt Zouma arrives at the Thames Magistrates' Court having been charged with three offences under the Animal Welfare Act after video emerged in February of him allegedly kicking and slapping his cat.

The 27-year-old pleaded guilty to two counts under the Animal Welfare Act when he appeared at Thames Magistrates' Court in east London on Tuesday morning.

Zouma was forced to apologise after harrowing footage was filmed and shared by his younger brother Yoan, 24, who admitted one offence during the hearing.

Hammers defender Zouma arrived at court in chaotic fashion, accompanied by several security guards who emerged from a vehicle holding umbrellas to form a protective shield around the defendant.

The brothers' addresses have been withheld following a court order.

The court was told about disturbing footage of the incident, filmed at Zouma's home and posted on Snapchat by his brother on February 6.

It was later seen by a woman who had been messaging Yoan, who raised the alarm.

Zouma could be seen volleying the Bengal cat across his kitchen, before throwing a pair of shoes at it and slapping its head.

He admitted two counts of causing unnecessary suffering to a protected animal on February 6.

Yoan admitted one count of aiding, abetting, counselling or procuring his older brother to commit an offence.

Prosecutor Ms Stevens said the 40-second clip appeared to be carried out after the cats were deemed responsible for damaging a chair in the home.

She said: "Kurt Zouma is determined to chastise or carry out some sort of retribution for the damage caused."

She said the young woman who first saw the footage was so appalled that she cancelled a date with Yoan, saying: "I don't think hitting a cat like that is OK - don't bother coming today."

Ms Stevens added: "Since this footage was put in public domain there has been a spate of people hitting cats and posting it on various social media sites.

"Their behaviour falls short of what is expected of a high-profile image." 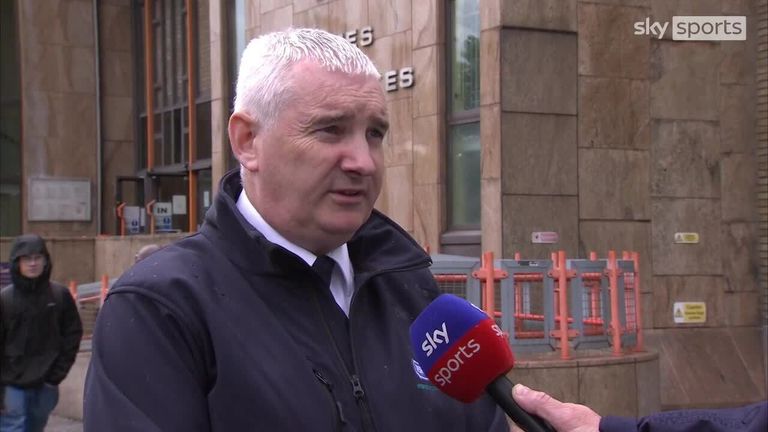 The court heard the Premier League defender has since agreed for his two Bengal male cats to be rehomed.

It was not possible to state whether it was the same cat in each section of footage, but experts said whichever animal had been struck would have likely suffered soft tissue damage to the head, as well as mental and physical suffering.

West Ham fined their player in relation to the incident and made donations to nine animal welfare charities in the UK and overseas. They were, however, criticised for allowing Zouma to playing for the club after the incident.

Speaking after the hearing, RSPCA chief inspectorate officer Dermot Murphy said: "It's never acceptable to treat an animal in this way and we were shocked when the video was first brought to our attention.

"What makes this case even more sad is the way the video was filmed and shared, making light of such cruelty. We hope this case will serve as a reminder that all animals deserve to be treated with kindness, compassion and respect, and that we will not tolerate cruelty."