Jurgen Klopp has confirmed that “it looks good” for Thiago and Fabinho to be fit enough to play for Liverpool in the Champions League final against Real Madrid on Saturday.

The midfield duo had been injury doubts but speaking at his pre-match press conference on Friday ahead of the game in Paris, the Liverpool boss suggested they would be available.

"It looks good for Thiago and Fabinho," said Klopp. "Fabinho trained yesterday and Thiago will train later today. The mood is good, very good. Really excited to be here now and getting a feeling for a stadium, location and that is all good."

Paris pitch could be a problem One unexpected concern for Liverpool might be the state of the Stade de France pitch, looking less than its best having been freshly laid just this week.

"Usually when I say the pitch looks new, it's good news," he said. "This pitch is new since yesterday, that's not the best news. But it's [the same] for both teams.

"We will do a normal session as planned, it's our moment of the season. I saw the refs with their session and the ball drops normal. You can see the lines where they put the pitch in and that's not normal.

"Someone thought it was a good idea to bring the pitch in the day before, that's interesting! It didn't kill my mood for a second. We would have played on a petanque pitch. If both sides are fine with it, I'm fine with it.

"I hope nobody makes a story that Klopp is moaning about a pitch, I'm not. It just could be different."

If the pitch is of any real concern to Liverpool’s players then they did a good job of hiding it during their open training session at the Stade de France on Friday evening.

Klopp’s squad looked in relaxed mood as they took part in some low-intensity drills in front of the watching media, laughing and joking with each other during shooting practice and chatting between themselves and with members of the coaching staff.

The grass for surface they were training on was reportedly grown near Barcelona in Spain and transported to France earlier this week. It looks pretty good at a glance, but on closer inspection it is possible to see some lines showing where it has been laid.

It is perhaps not ideal, but it should be remembered this arena was only named as the venue for Saturday’s game in February after Russia was stripped of having the final in Saint Petersburg.

The Stade de France had already been booked for a concert by French group Indochine last Saturday, which is what prompted the rush to install a fresh surface in time for tomorrow’s big kick-off.

Klopp is certainly hoping this game is very different to the previous meeting in the Champions League final between these two clubs when two errors by goalkeeper Loris Karius led to a 3-1 defeat in Kyiv. Mohamed Salah was also badly injured in that game.

"Whatever you do, you have to get experience," said Klopp when asked about that game. "When you do a job for the first day, it's not the best day you ever do. You get little success and things here and there, and then on the big stage, you have to deliver.

"We delivered that night and the circumstances hit us. We arrived pretty much on three wheels. I don't think we even had a full bench, key players came back from injuries.

"Mo happened, then our goalkeeper got a concussion. It was not after, it was during. So it was important. You have to learn to win. Nobody tells you that. I had to learn it the hard way. I lost a lot of finals in my life and thankfully in the last few we could win.

"But now, we play a team who has never lost a final. So, the boys have developed in the last few years enormously. The club is in a good place, everybody is connected. We know we are part of a big club and meanwhile the boys are exactly the right players for this big club. We are in a good moment and are ready for this final."

Mane in the shape of his life 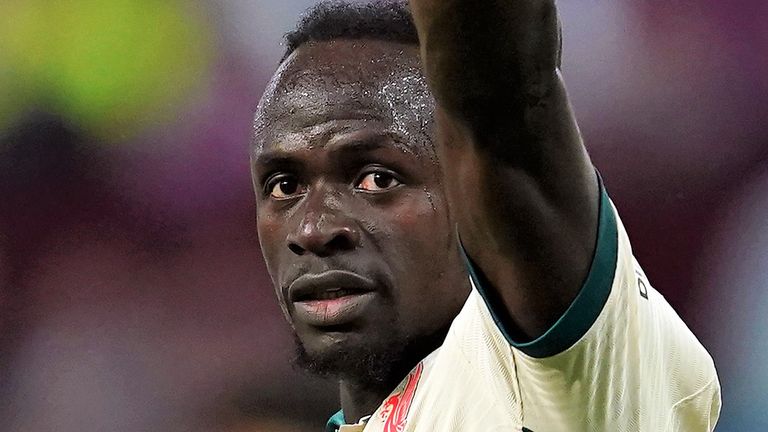 Another focal point of Klopp's pre-match press conference was the scorer of the Liverpool goal that night in Kyiv, Sadio Mane. The Liverpool boss fielded questions from reporters in Germany regarding talk of a potential move to Bayern Munich for the forward.

Klopp had to deal with a star player appearing on the verge of a move to Bayern ahead of the 2013 Champions League final - the future of Robert Lewandowski and Mario Gotze overshadowed Borussia Dortmund's preparations for the game against them at Wembley.

"Sadio is in the shape of this life, for sure. It's a joy to watch him training and in games. We ask him a lot and football has asked him a lot with a lot of finals."

Having won the Africa Cup of Nations with Senegal earlier this year, a compatriot of Mane's asked whether victory here would boost the player's chances of winning the Ballon d'Or.

"When you think about how these competitions are won, then I think yes. You are either Ronaldo, Messi or whoever wins the Champions League. Winning increases his chances definitely," added Klopp. 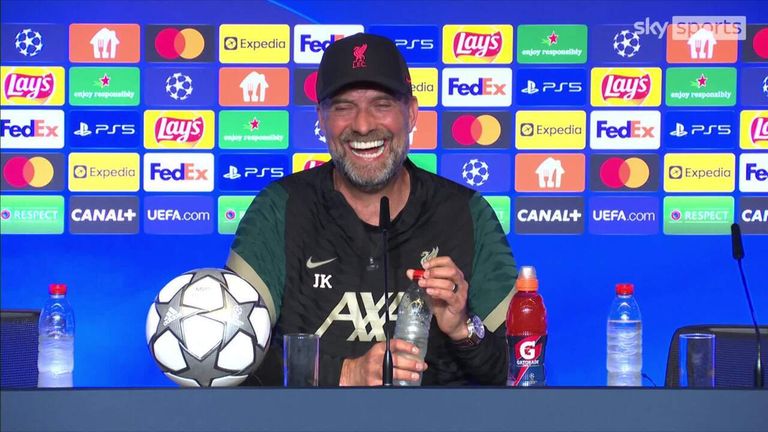 The same could be said of Salah, who has even spoken of revenge being in his mind given that he was forced from the field with a dislocated shoulder in Kyiv, following a tussle with Sergio Ramos. Could the memory of that fire him up or act as a distraction?

"Nobody has to worry about Mo and him taking it too much. We all lost that day, he got injured early in the game. He was in a good shape then and is now. We all get motivated by different things, we have 25 or 26 players.

"It's one of the reasons but not the only reason."

Ramos is no longer a Real Madrid player but Liverpool will face some familiar faces on Saturday. Karim Benzema even scored that night.

"It's the most decorated club, some players can win it a fifth time, the manager can get it a fourth. We can't get this experience overnight." Does that make Madrid favourites?

Could Madrid be favourites?

"I don't have an easy answer. If you look at experience and the way Real Madrid celebrated the comebacks - which were crazy - then I would say Real Madrid.

"I want us to think on the same level, being completely ourselves. When we are at the top of our game, we are really difficult to play against.

"That's my only concern at the moment, but of course, the confidence level of the Madrid players is incredibly high. You have to be sure of yourself in these kind of things."

For that reason, do not expect many tactical surprises from Liverpool.

"If I do something surprising for my players then they could think I'm nervous," he explained. "I believe when you do the right stuff all the time, so it's the right thing to do in the final - but it has to be at the highest level.

"I want us to think on the same level, being completely ourselves. When we are at the top of our game, we are really difficult to play against.

"That's my only concern at the moment, but of course, the confidence level of the Madrid players is incredibly high. You have to be sure of yourself in these kind of things."