There is confidence the deal will be completed within five weeks; Kyril Louis-Dreyfus, who owns 41 per cent of Sunderland, will remain as chairman; Juan Sartori is also keeping his 20 per cent of shares; Stewart Donald and Charlie Methven's shares make up the remaining 39 per cent

Stewart Donald and Charlie Methven have accepted a bid for their shares in newly-promoted Sunderland.

More information about the, for now, unnamed buyers will be made public over the next few days.

The deal still needs EFL approval, but there is confidence it will be completed within five weeks.

The offer submitted to Donald and Methven was initially accepted before the League One play-off final win over Wycombe, and a representative of the group was in the boardroom for the play-off semi-final first leg against Sheffield Wednesday at the Stadium of Light. 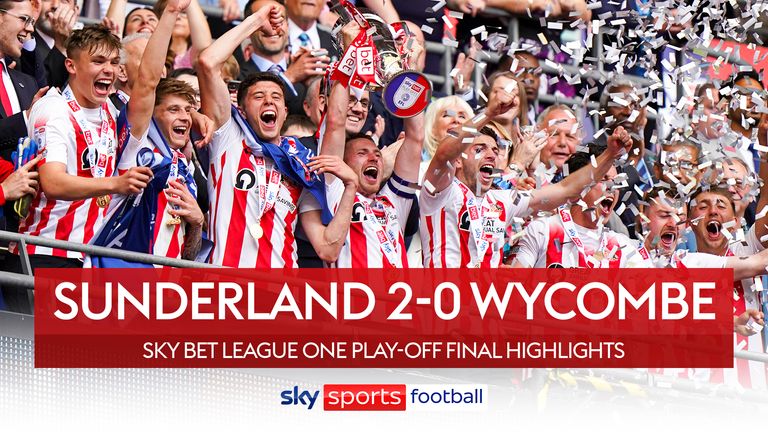 Kyril Louis-Dreyfus, who owns 41 per cent of the club, will remain as chairman. Juan Sartori is also keeping his 20 per cent of shares. Donald and Methven's shares make up the remaining 39 per cent.

Sunderland sealed their return to the Championship on May 21 as they beat Wycombe 2-0 at Wembley. Elliot Embleton and Ross Stewart scored in front of 72,000 fans as they made it back to the second tier for the first time since 2018.

Sunderland were only relegated from the Premier League in 2017 after a miserable season under David Moyes, but current manager Alex Neil said promotion to the Championship is "the first step" towards their goals.

"I'm buzzing for them, and the fans. This club shouldn't be where it is, and this is the first step towards getting us back where we want to be," he told Sky Sports.

"It's a Championship club, and we aspire to be even better than that."