Report and free match highlights from the Sky Bet League One play-off semi-final first leg between Sunderland and Sheffield Wednesday at the Stadium of Light as Ross Stewart scored the winner for the Black Cats. 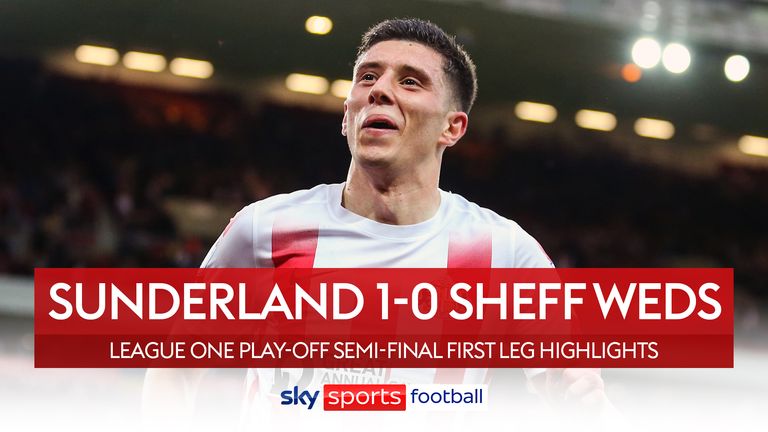 Sunderland gained the edge in their Sky Bet League One play-off semi-final against Sheffield Wednesday with a 1-0 win in the first leg at the Stadium of Light.

Ross Stewart scored the only goal on the stroke of half-time on Friday night, handing the Black Cats a slight advantage in the tie.

It leaves Wednesday with some work to do if they want to reach Wembley, ahead of the second leg at Hillsborough on Monday night.

How Sunderland edged the first leg

Roared on by a bumper crowd - as 44,742 fans created a record attendance for an EFL play-off semi-final - Sunderland piled on the pressure in the first half as they tried to make home advantage count - but it took until the stroke of half-time and an error from Sam Hutchinson to provide the opener.

His mistake near halfway allowed Stewart to pounce and race through, finishing for the second time after his first attempt was kept out by Bailey Peacock-Farrell.

Sunderland continued to push after the break and nearly found a second on a couple of occasions through Pritchard - as he hit the crossbar on 52 minutes and then forced Peacock-Farrell into a fine save four minutes later.

Wednesday soon grew into the game and started to put some pressure on the Sunderland defence, but they came so close to conceding a crucial second in the 89th minute as a mistake from Peacock-Farrell presented Stewart with a glorious opportunity, but he could only fire just wide. 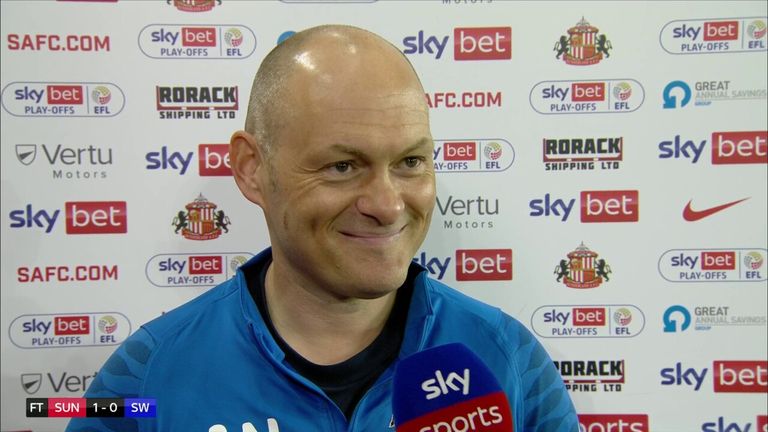 Sunderland's Alex Neil: "We've given ourselves the advantage from home going into the second leg. The only disappointing thing is it should have been more. I thought we were totally dominant, and we're disappointed we didn't add to the scoreline.

"I thought we were brilliant, I really did. To soak up that atmosphere and perform on that stage with everyone watching. It was absolutely bouncing in here, so credit to the fans. But I thought the players handled it magnificently well." 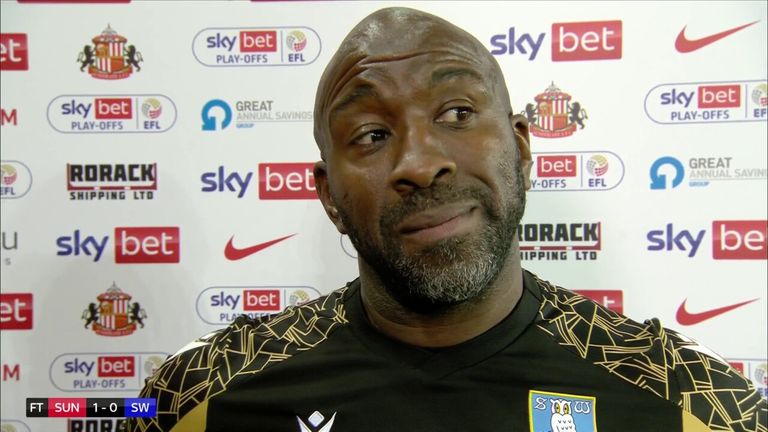 Sheffield Wednesday's Darren Moore: "We knew it was going to be a tough game today and it lived up to expectation. They put us under a lot of pressure, but credit to the boys because it was difficult to get a foothold in the game. Then, after the hour mark, the pendulum swung and we got more to grips with it.

"The first half was ferocious, they played ever so well Sunderland. We just had to make sure we stayed in the game and that's what we've done tonight. We regroup now and go again on Monday."

Analysis: 'Sunderland will be satisfied' 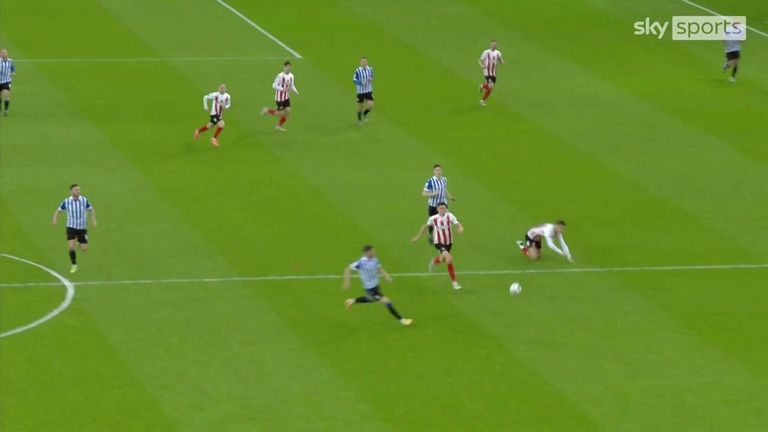 Ross Stewart puts Sunderland ahead on the stroke of HT!

"I think Sunderland will be satisfied. You always want to win the home game in the play-off. Of course, you'd like another goal and to have the cushion of two goals.

"Sunderland came out strong at the start of the second half and if they took their chances, it could've been two or three. This game is nowhere near over.

"You saw what Sheffield Wednesday have got. In the last 25 minutes or so, they were the better team. Sunderland have been excellent defensively since Alex Neil came in. They will need that again on Monday night."

Man of the Match - Ross Stewart 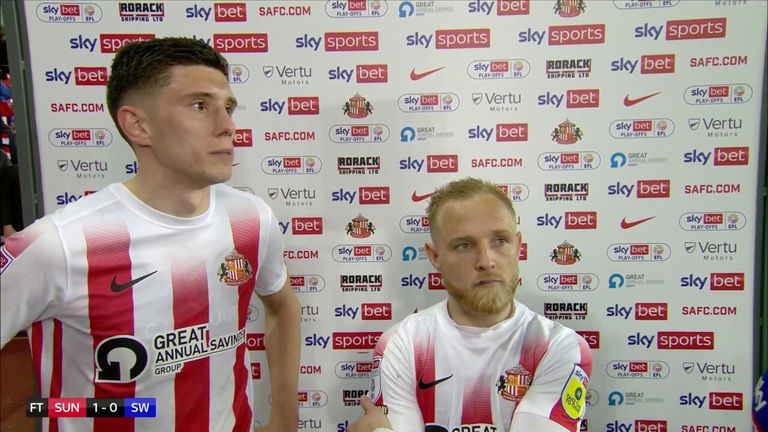 "I just chased the ball down as a striker it's part of the job. Luckily I was able to nick it off the defender and run in to put it away. It was great to score just before half-time as it gave us the platform going into the break.

"I thought we were professional in the second half and were unlucky not to get another one. Tonight was all about just getting the win."

The second leg takes place at Hillsborough on Monday night from 7.30pm on Sky Sports Football, with kick-off at 7.45pm.